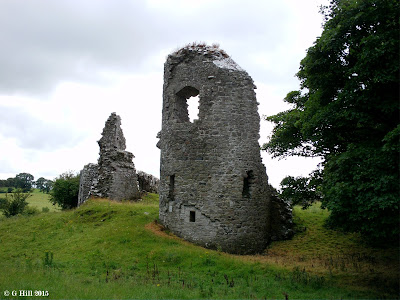 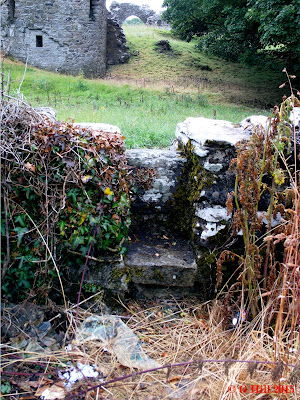 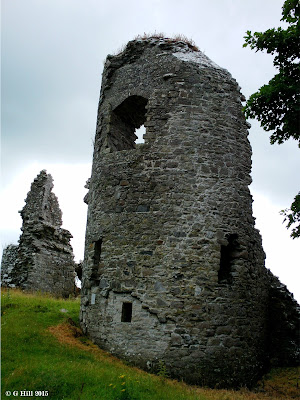 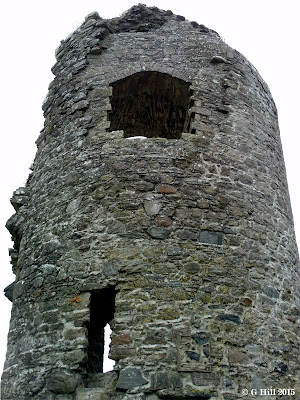 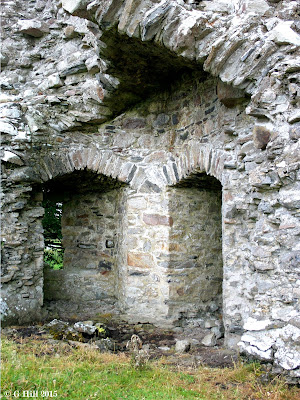 Above Image: Interior of the remaining tower 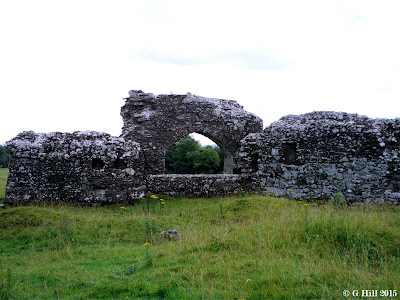 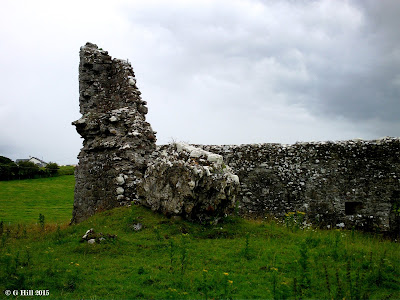 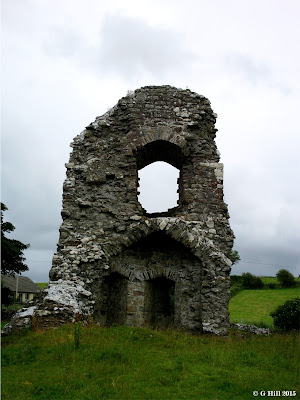 Above Image: remains of tower 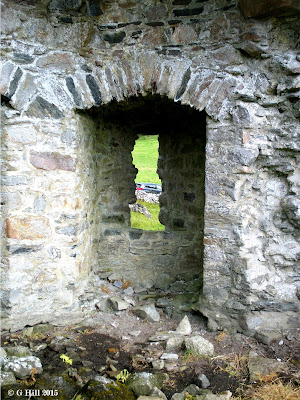 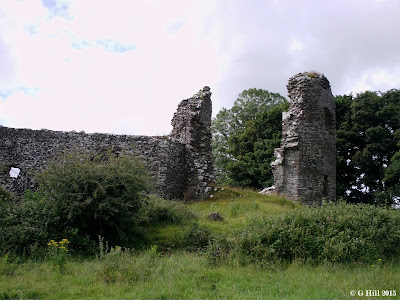 Above Image: Southern aspect of ruins 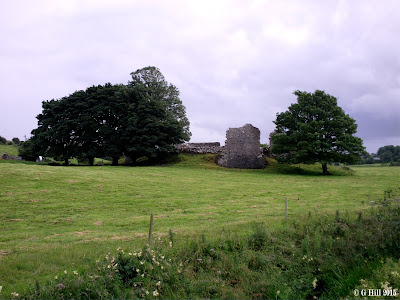 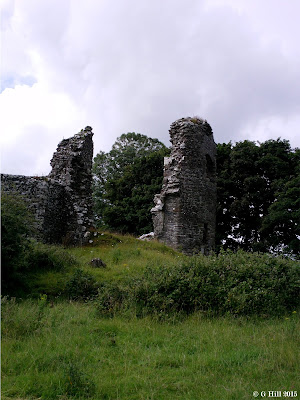 This interesting Castle was constructed near the River Moy in 1239 by Jordan De Exeter whose family came from Devon in England. De Exeter took part in the battle of Connacht in the 1230’s and later became Sheriff of Connacht. This Castle became one of his strongholds. The Exeter name later changed to Mac Jordan (meaning son of Jordan). The Castle came under attack early in 1316 by the King of Connacht Felim O Concobair in his last year of reign (he died in August of that year at the second battle of Athenry) and it was almost destroyed. It appears that reconstruction never really took place and so the Castle has fallen into further ruin over the centuries.
This was a most formidable structure in its time having two robust towers added 21 years after its initial construction, one on each side of the entrance on its East side. The bawn was unusual in that it was constructed in a hexagonal shape.
We had spotted this ruin just off the roadside on the way to Foxford and being situated in a field I thought it might be on private land and inaccessible but it proved completely otherwise. We discovered a partially overgrown stile alongside a locked field gate on a side road and once over this access was really easy. l found an OPW information sign in a bad state lying face down in the grass which had somehow been dislodged from its post so I leaned it up against the inner wall so it wouldn’t get any further damage. This is possibly an indicator that the site is not often visited or maintained in any way by the OPW.
The Castle is built on a grassy mound and at the site of its former entrance gate only one of the large cylindrical towers that once stood proudly is still partially in evidence. The bawn within is quite large but damaged, a lot of it now just mere foundations. This Castle really looks like it got a thorough beating by its assailants. The Western face of the tower remaining is blasted open revealing the innards, while the other tower has been reduced to just a sliver. Within the bawn there are remnants of interior buildings in the walls and a large archway which looks a little too large to be a postern gate (which were back entrance gates intended for secret comings and goings) but may very well be one.
For such a large Castle it is surprising that some reconstruction did not take place but then some of the De Exeters were killed during the attack and this may have had some bearing on the situation. There are a fair amount of Jordan descendants still in Ireland who may be able to shed more light on this great ruin.
To find the Castle take the N5 from Castlebar heading North East towards Swinford. About 10KM out of Castlebar you will see a left hand turn for the N58 towards Foxford. Take this left turn and drive for approx. 7.5KM and you will reach a right hand turn for the R321 towards Kiltimagh. You will spot the Castle ruins on your right among the trees just before the turn. It is advisable to park on the hard shoulder on the main road rather than on the narrow R321. It’s a short walk to the stile up the R321 from here.