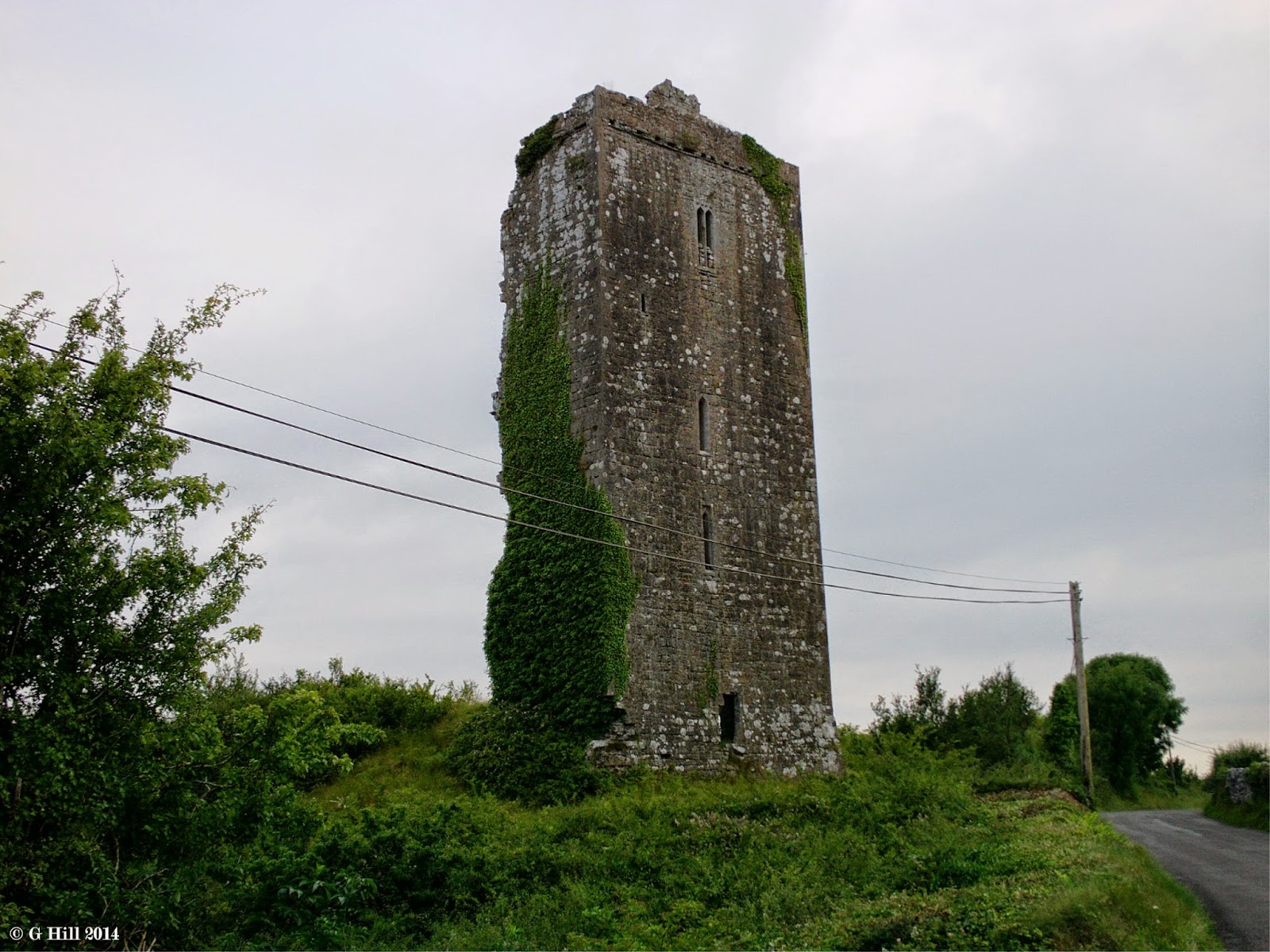 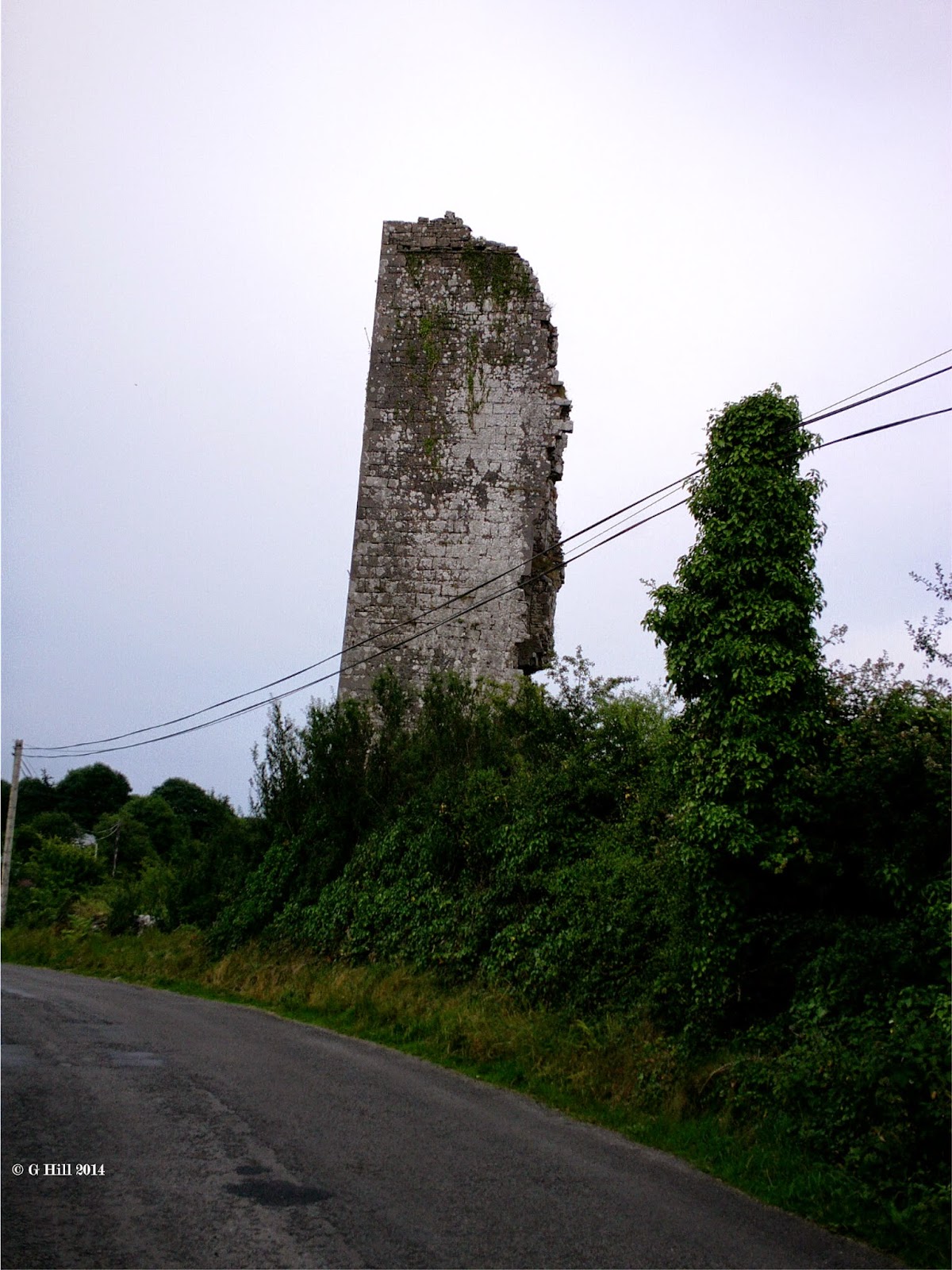 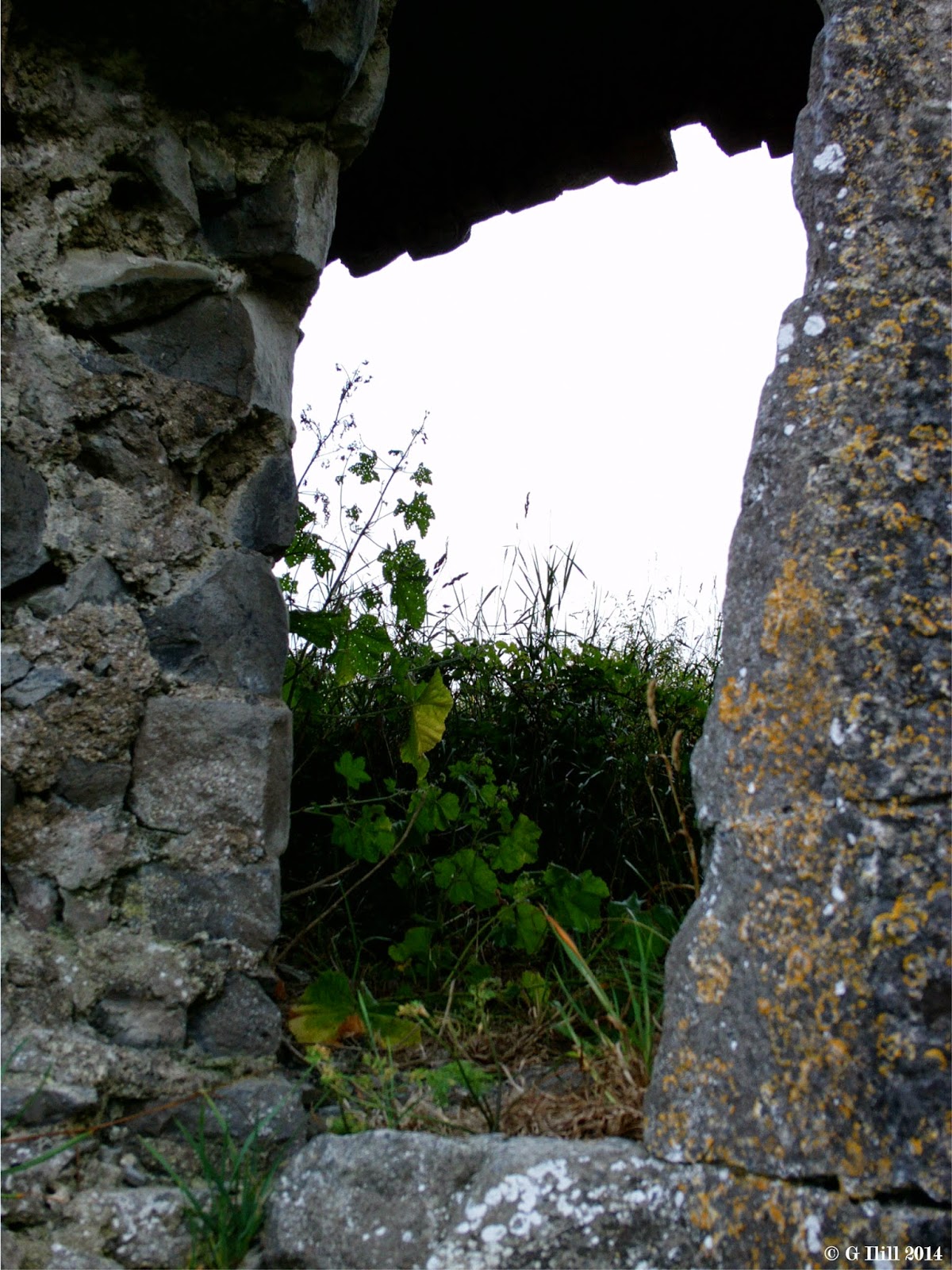 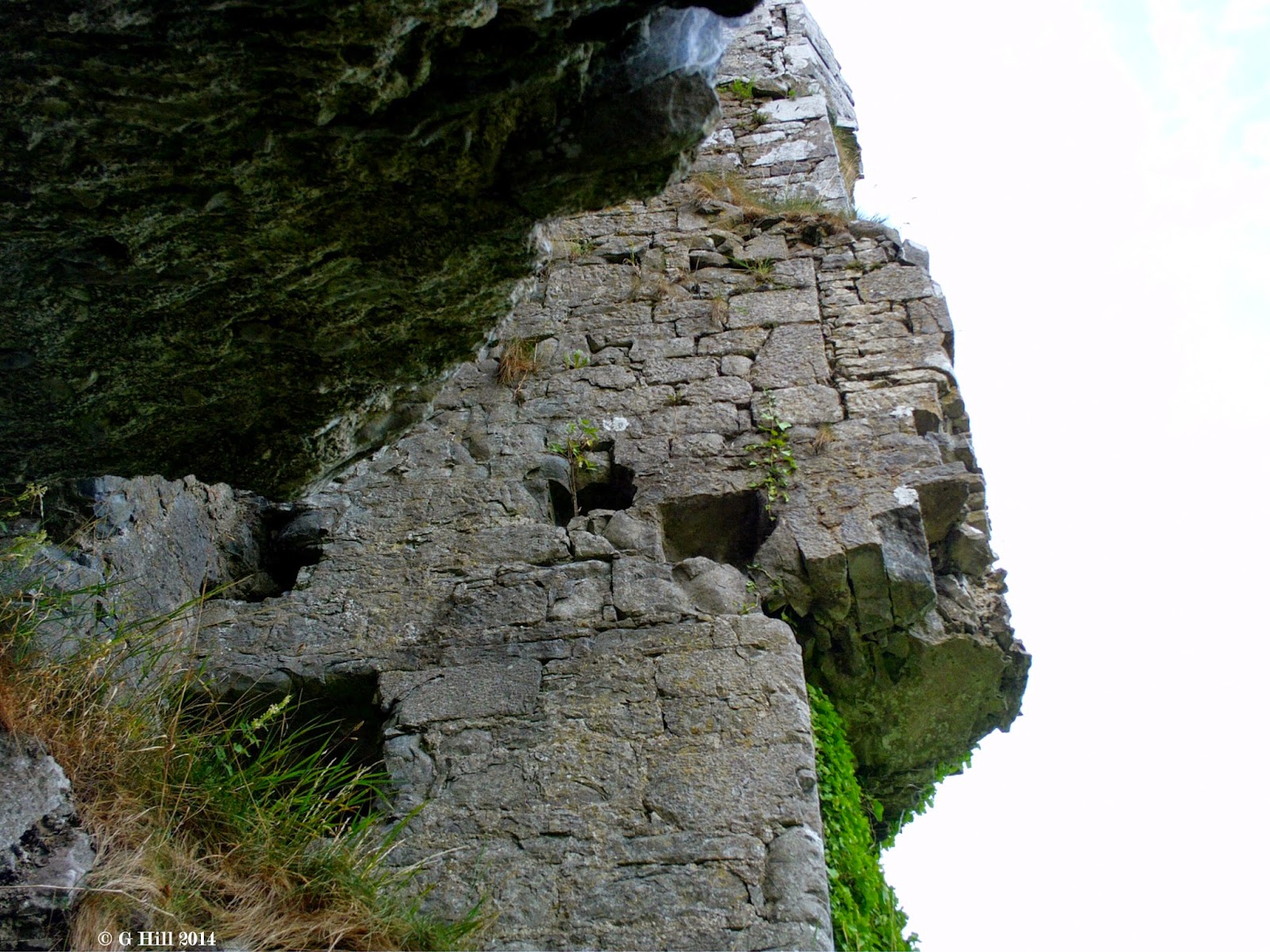 Above Image: Part of a vaulted roof 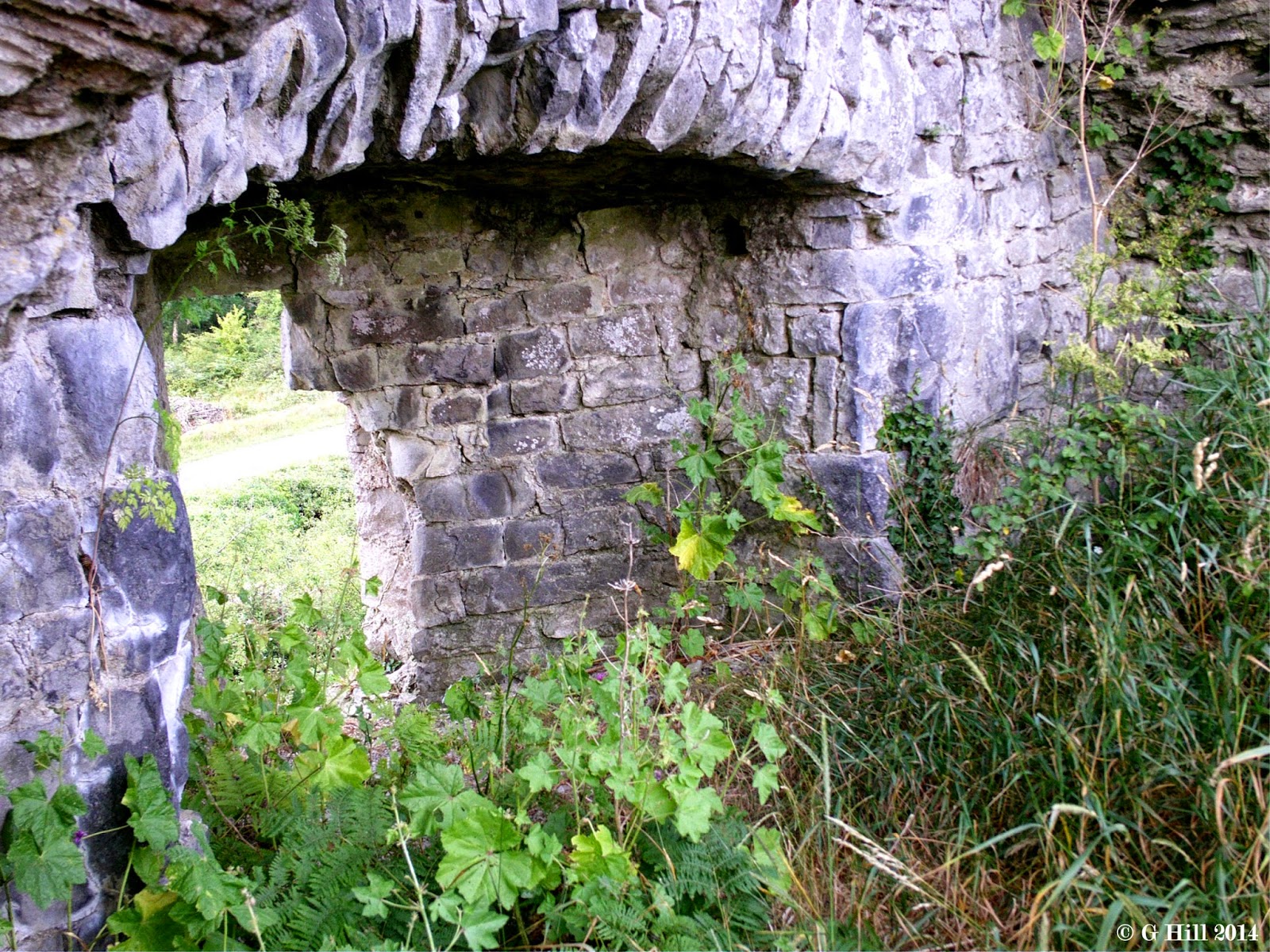 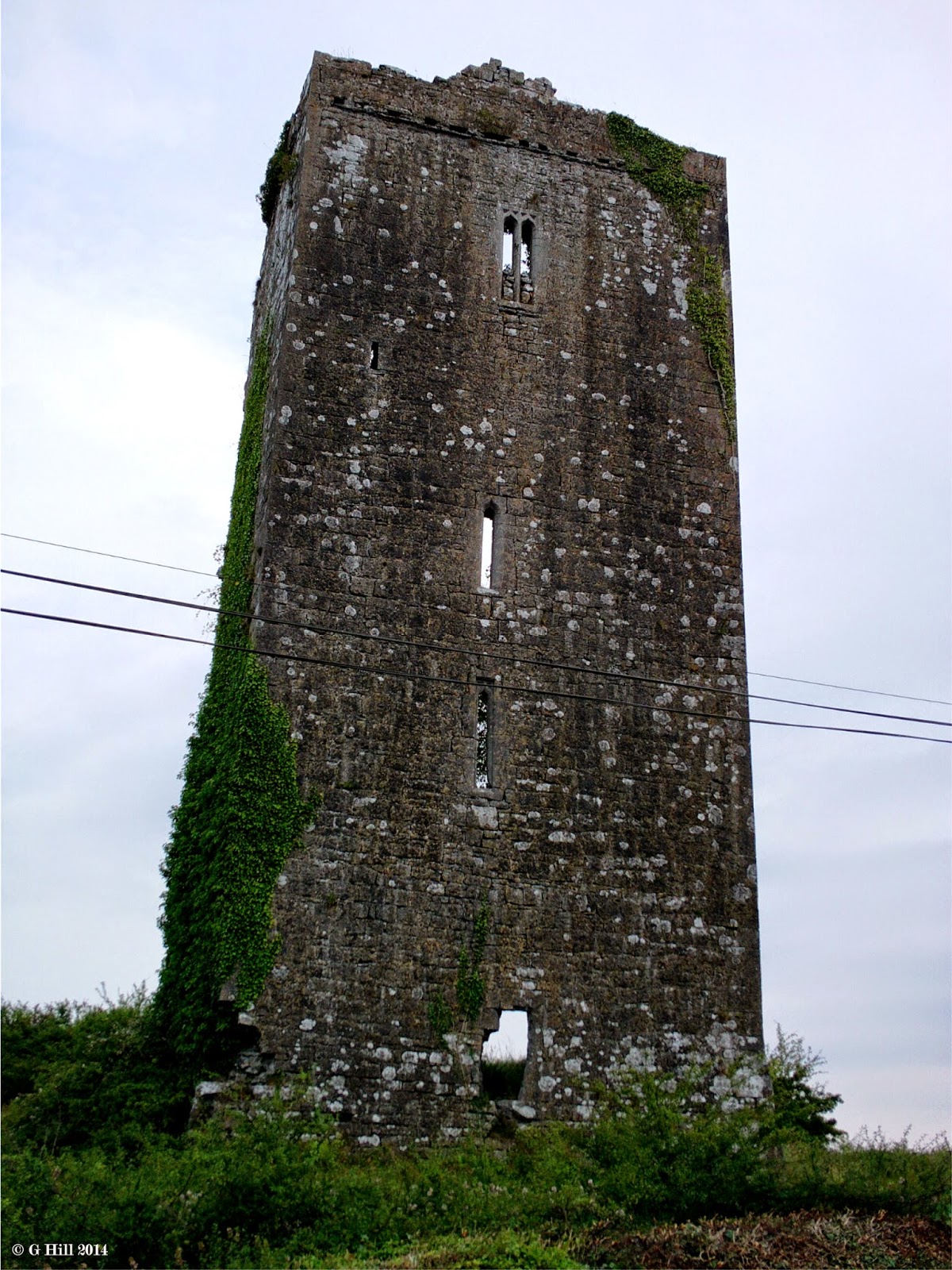 We were on the back roads of Co Clare heading towards Gort in Co Galway when we came across this Castle ruin.
This Medieval tower house is sometimes called Boston Castle but is actually historically known as Cloondooan. It is situated just to the North of Lough Bunny on a small rural crossroads. The Castle considered at the time to be the most fortified castle in Ireland found itself laid siege to in 1586 by the forces of the Governor of Connaught Sir Richard Bingham whose men took nearly three months to take the castle. Mahon O’Brien (son of Torlough) was its chief defender and while one day casting down rocks and stones on the assailants he was killed by a musket shot. Following his demise the remaining occupants decided to surrender in the hope of clemency but to no avail, once the Castle was taken those inside were executed and the Castle was partially destroyed and left to fall into ruination. What remains of the Castle today is the North wall reaching to a height of almost 60 feet and a width of 28 feet. Only partial remains of the rest exist and any outlying bawn has now disappeared.
How these ruins are still standing are a mystery to me. They stand precariously and leaning slightly atop a grassy mound by the roadside. Strangely enough there appears to be no prohibiting signs about which is surprising as I’ve seen Castles in better condition closed off to visitors. I expect that it’s more out of the way location may attribute to this. From the roadside, although covered in grass, there are even some rudimentary stepping stones up to the base. It was a little uneven underfoot and where the grass is long I took great care in case of potholes lurking but I managed to climb up in the end and walk around the remains. There’s not much left to see I’m afraid but what you can observe is how well placed this tower was and how thick the walls were. It certainly would have been a formidable structure in its time and probably could still be standing complete if it had not been surrendered. What is particularly evident is the colossal damage done to this castle by the Governor’s forces when they did finally get in.
One word of caution. The small crossroads the ruins are adjacent to although off the main road still seem to have some passing traffic and some drivers seemed a bit cavalier with their speed. If visiting be careful walking along and stepping out onto the road.


To find the ruins the easiest way is to take the R460 (Church St) out of the centre of the town of Gort and drive for approx. 9KM until you reach a right hand turn with a signs on your left pointing each way to Gort and Corofin and a few derelict cottages behind them. Turn right here and drive for approx. 700m and you will reach a small crossroads. You will see the ruins ahead. Park just beyond the ruins near a house on the right. (Avoid blocking the gate) This is really the only safe spot to park.
Posted by Castlehunter at 12:50