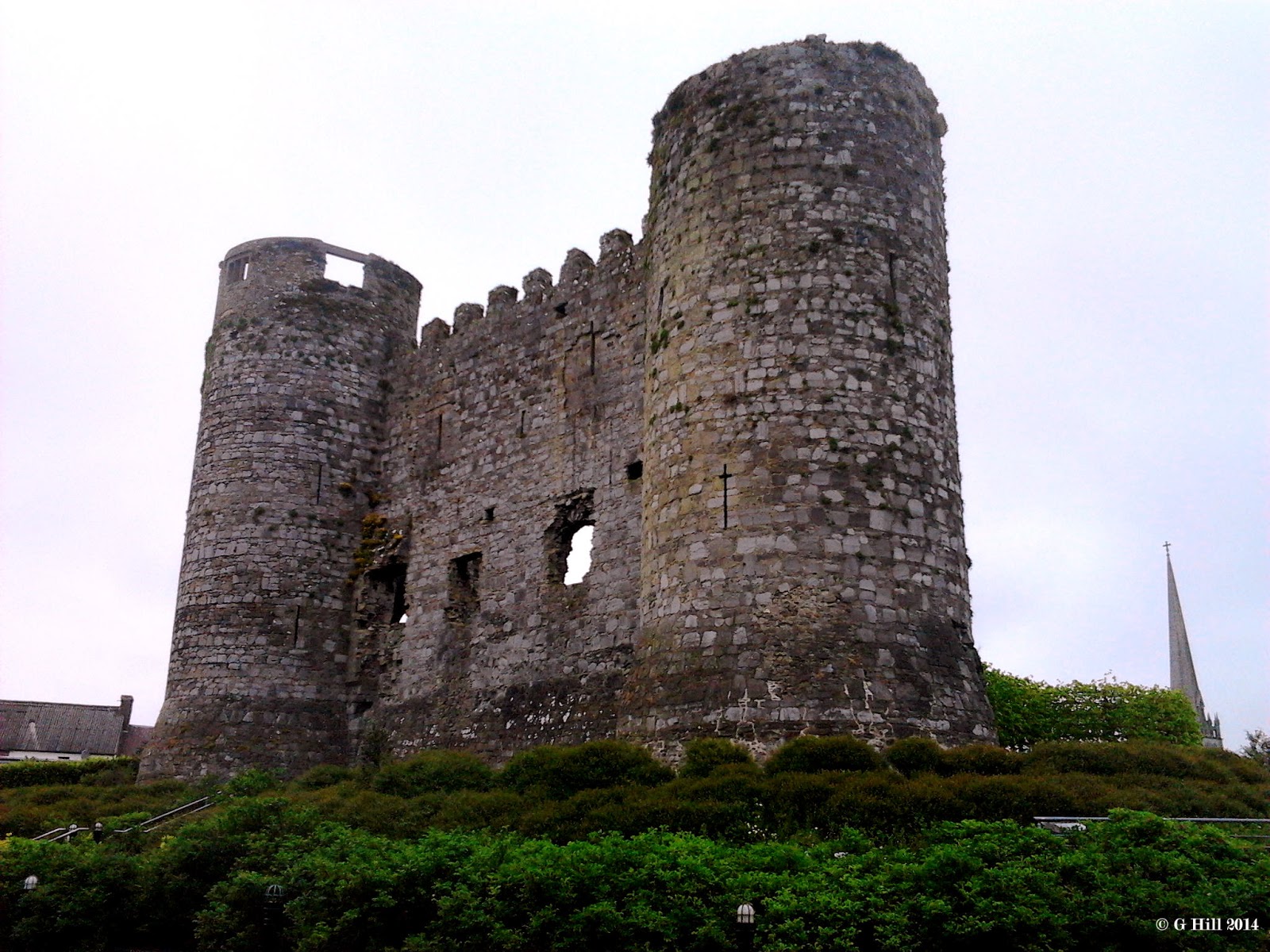 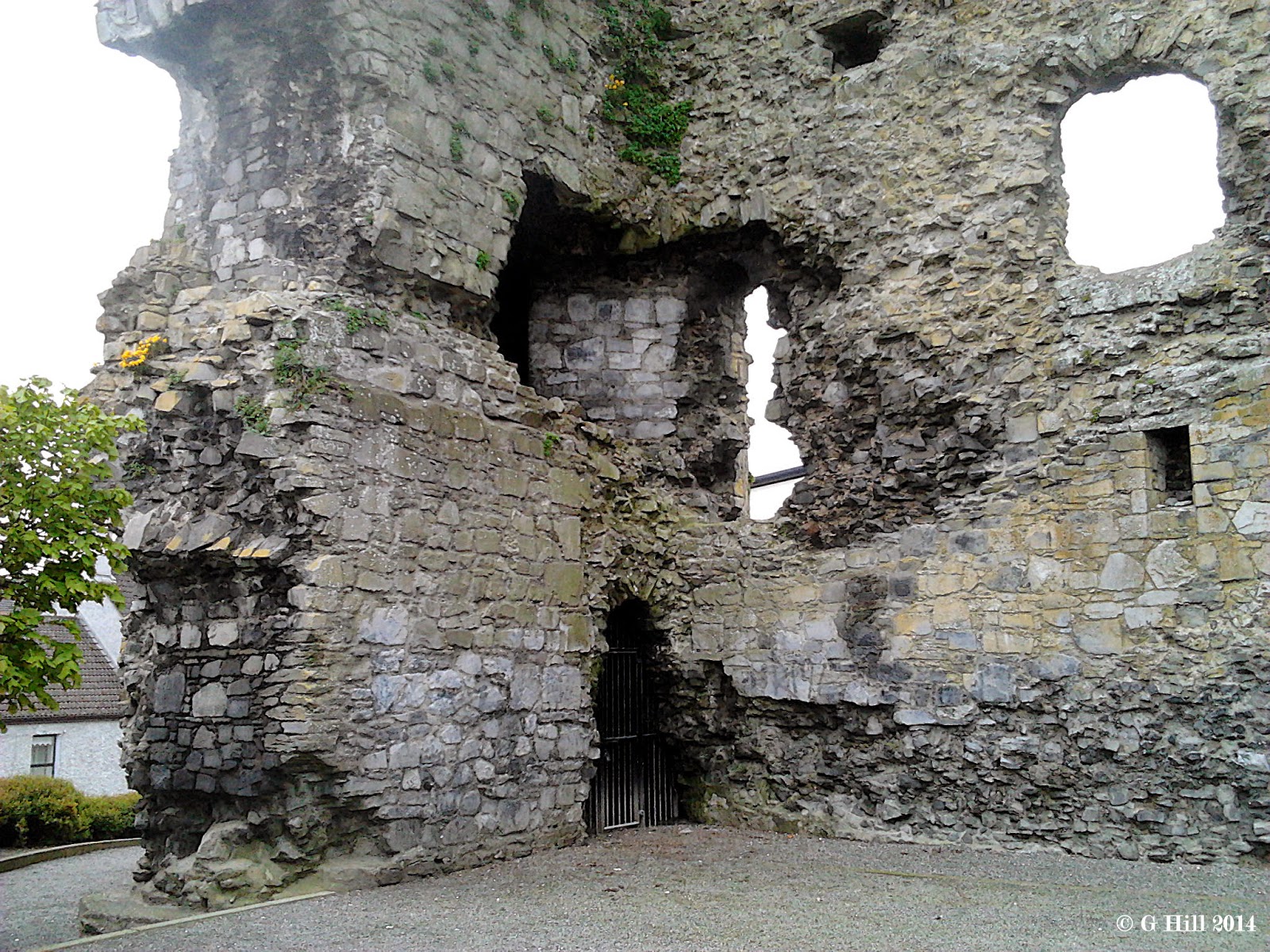 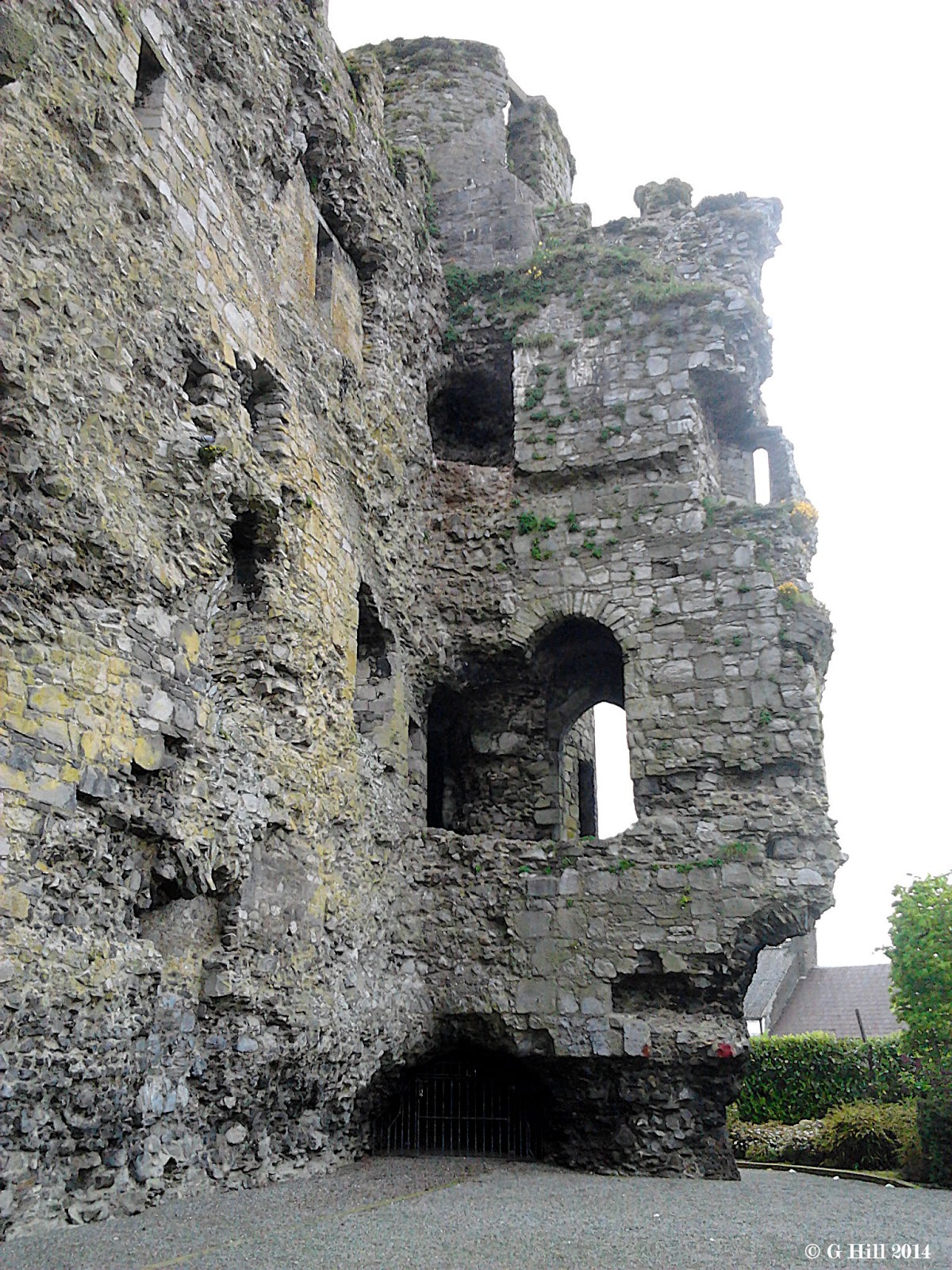 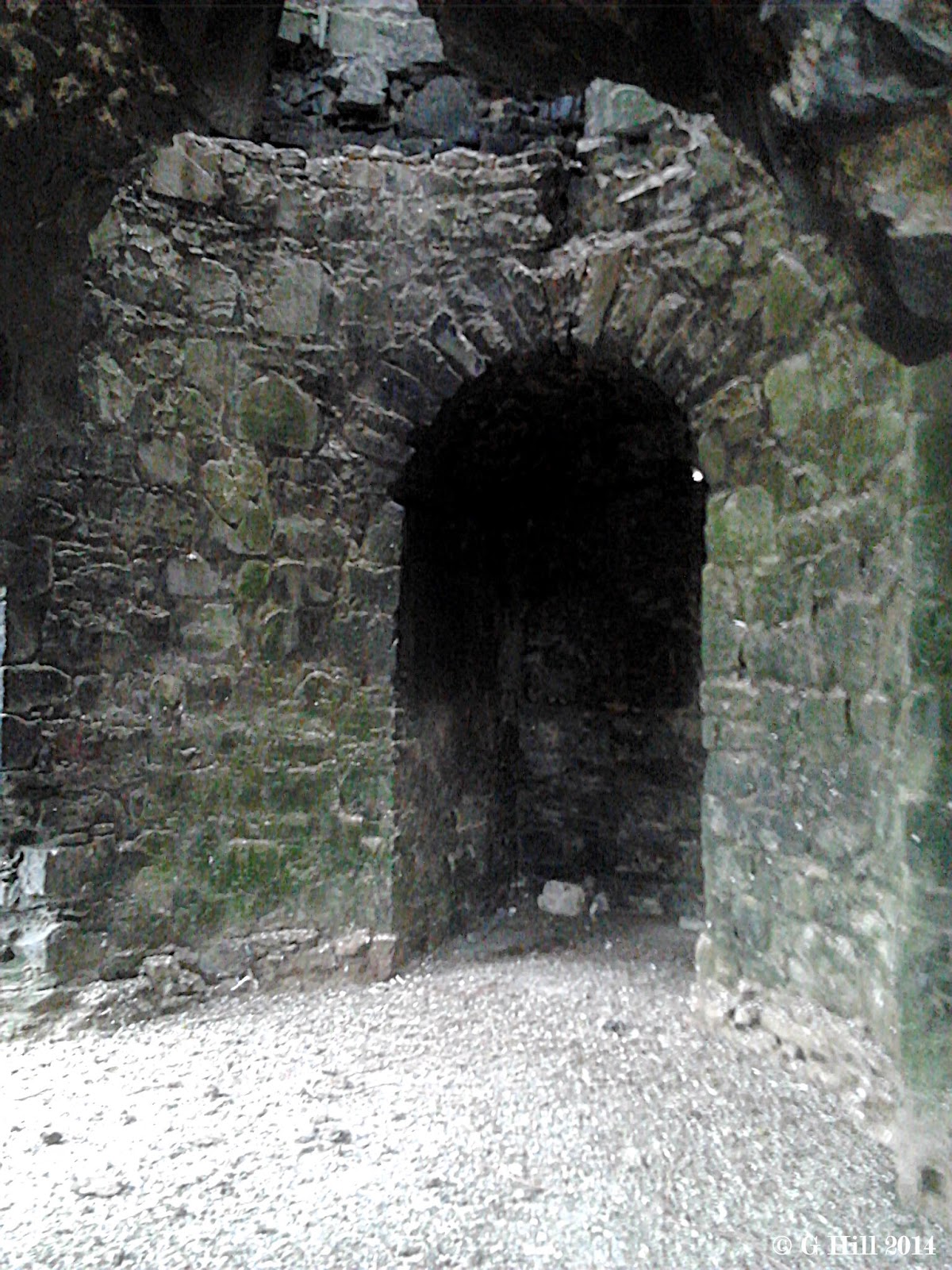 Above Image: An interior chamber 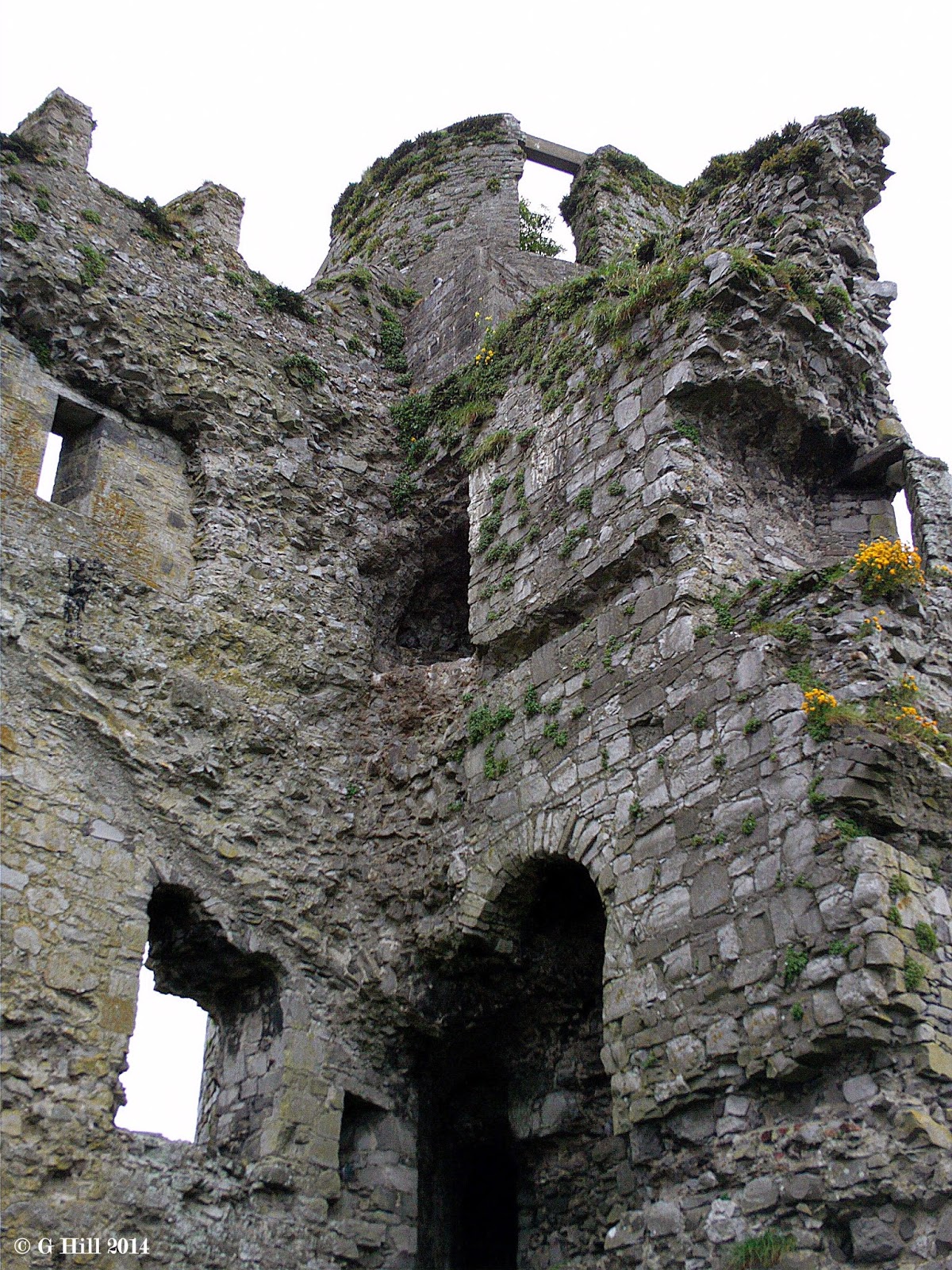 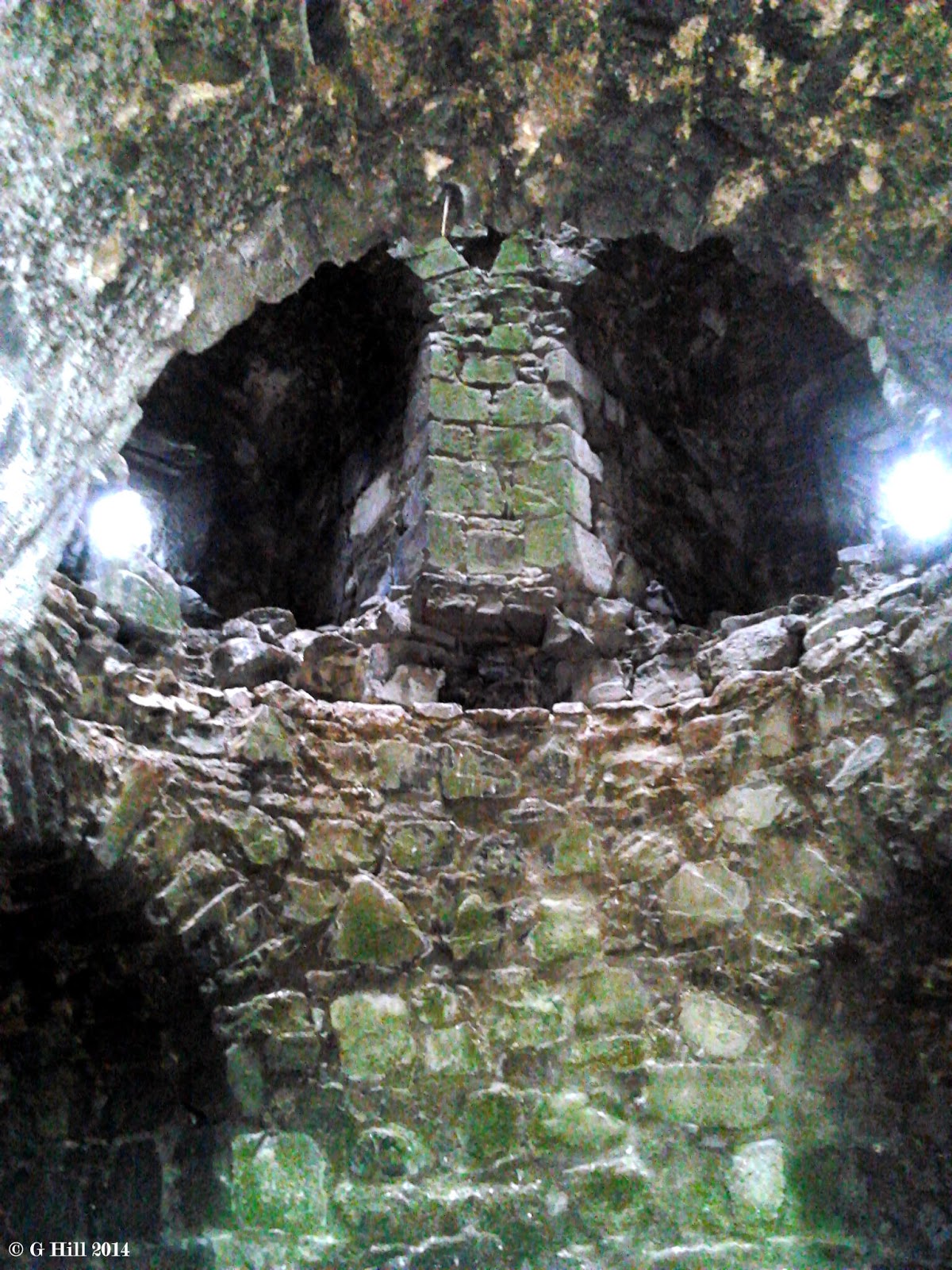 Above Image: Another interior shot. Almost resembles
a skull. 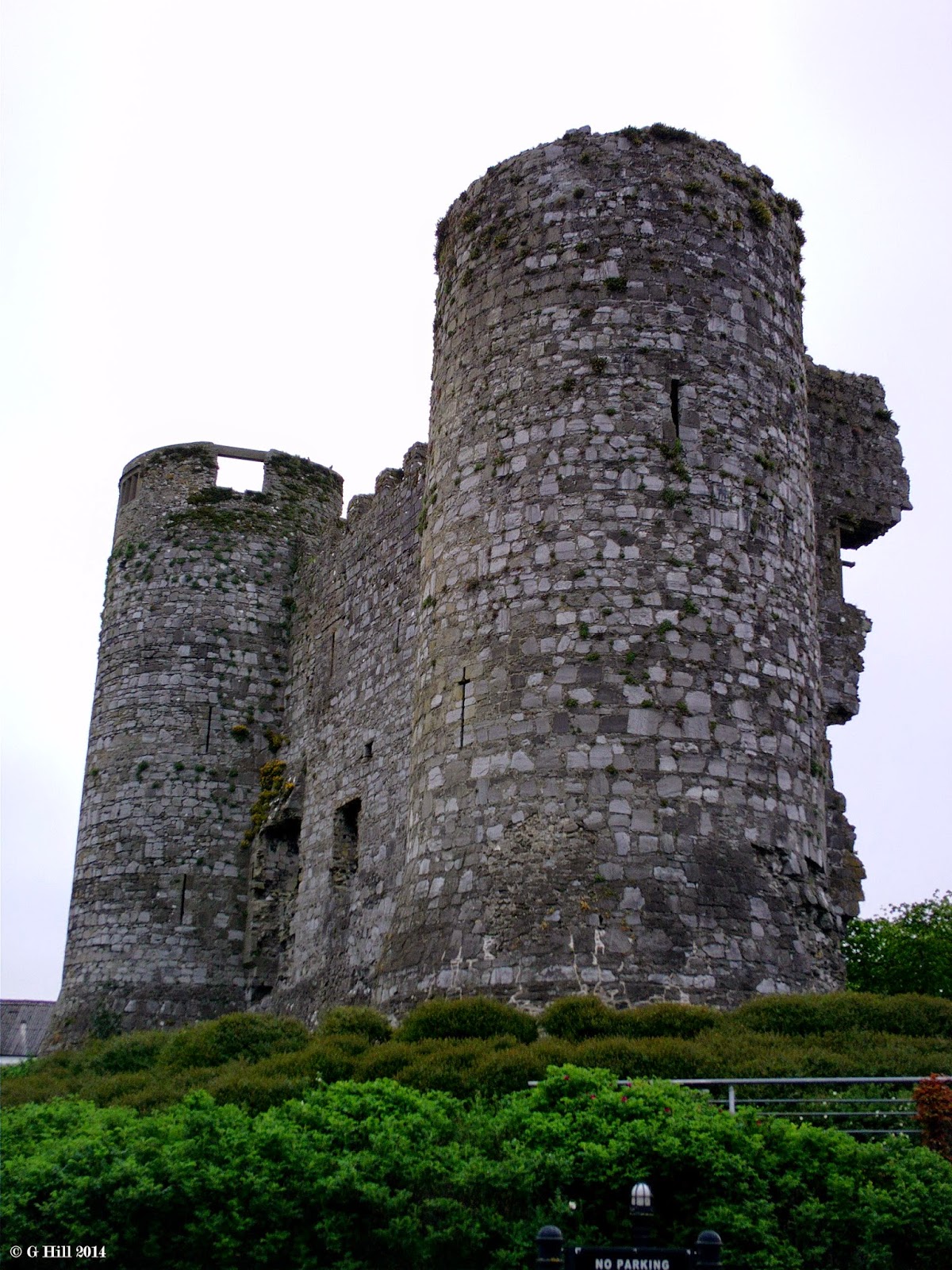 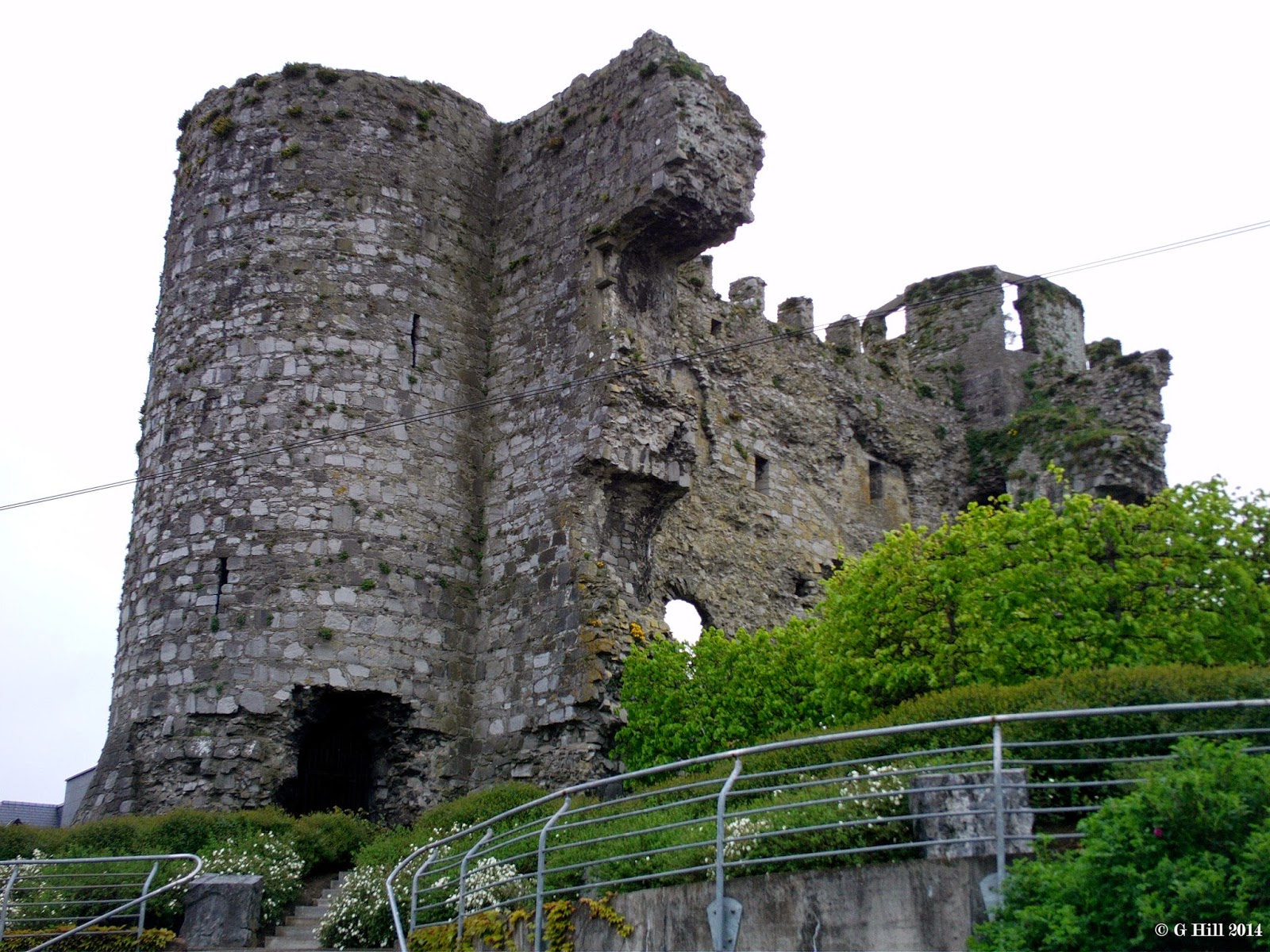 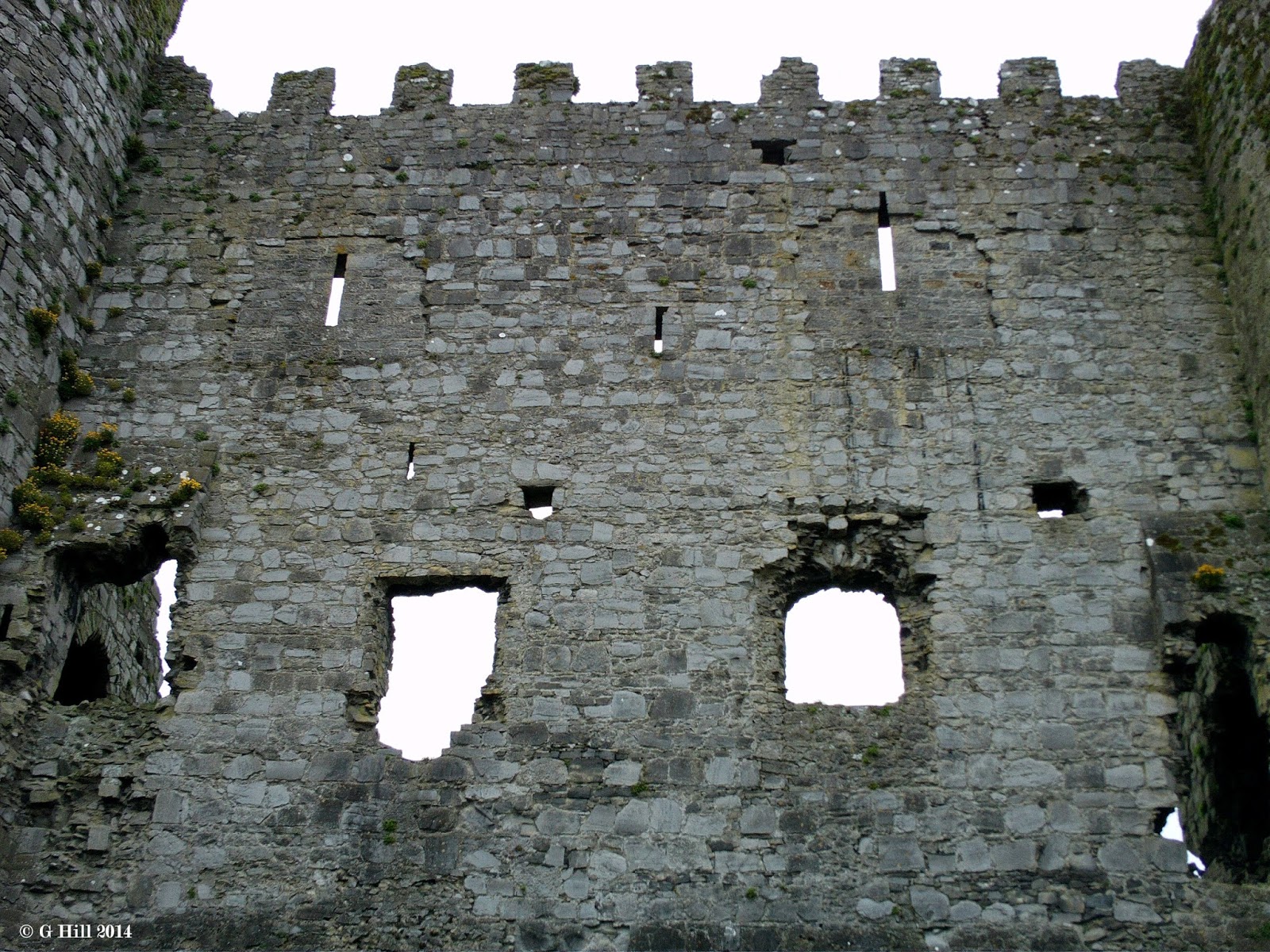 Above Image: The last intervening wall 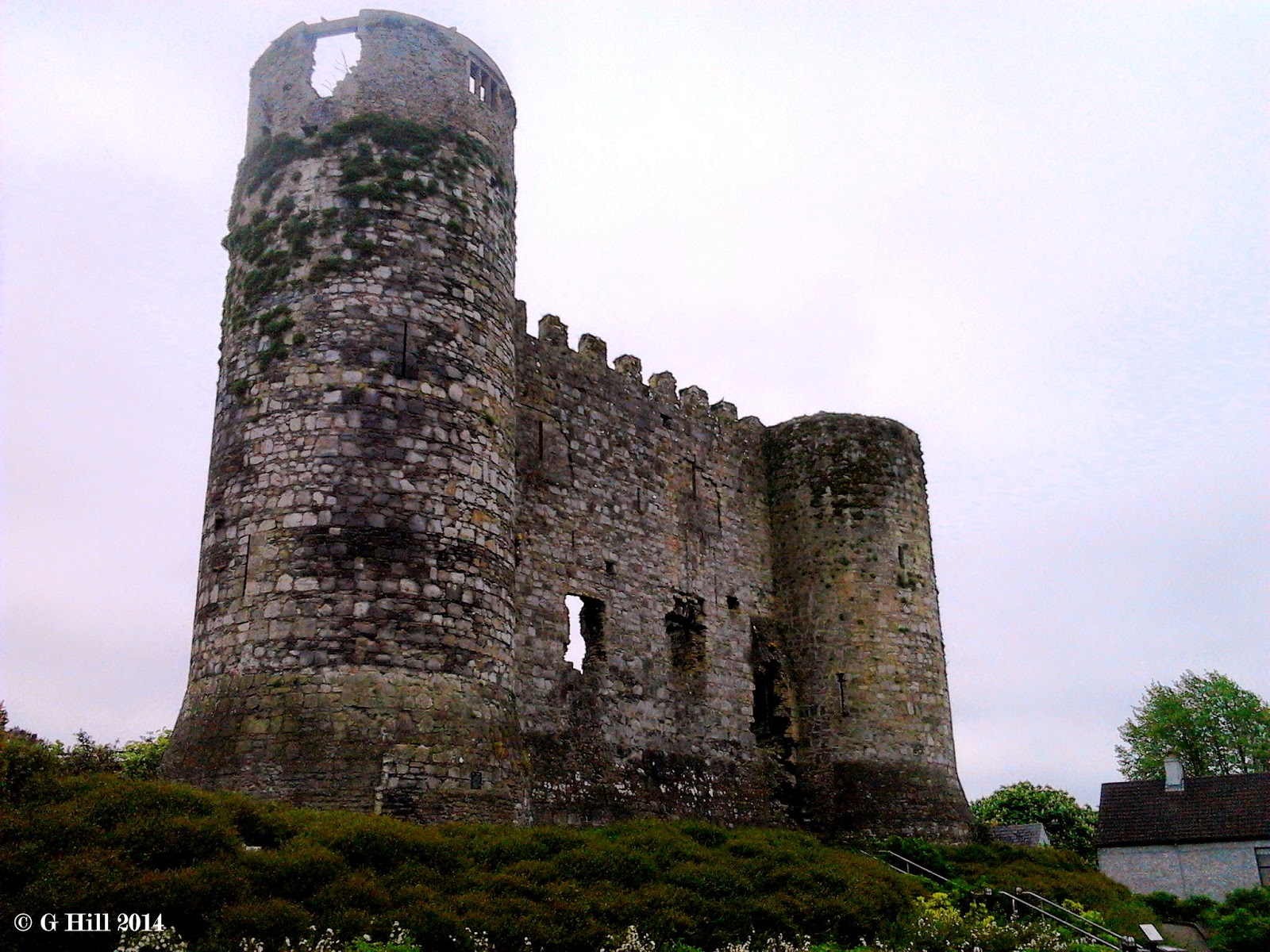 Built upon the site of an earlier motte constructed by Hugh De Lacy, Carlow Castle is thought to have been commissioned by William De Marshal circa 1207 using a similar design to that of Ferns Castle in Co Wexford (see earlier post). The walls were built up to 9 feet thick and its position on a rocky knoll above the River barrow made it a truly formidable structure. It was laid siege by many of the Irish clans and in 1494 it was seized by James Fitzgerald of Kildare. It suffered another four attacks between 1534 and 1646 before succumbing in 1650 to Cromwellian forces who extensively damaged it. However the Castle managed to survive on in a reasonable state and in 1814 was on lease to a physician Dr. Philip Parry Price Middleton who intended to invest a large sum into transforming it into a mental asylum. To do this he wanted to form a series of underground conduit tunnels and using a considerable amount of dynamite managed to undermining the Castle foundations resulting in the collapse of the Eastern towers and intervening walls into a pile of rubble. The remains lay abandoned until some excavation work took place in the mid 1990's and the area around the ruins was landscaped by the OPW.
High up on its rocky base the Castle must in its day looked very impressive indeed, but today in its diminished form it seems to have been cast aside somewhat. It is now surrounded by modern buildings and tucked away down a side street, its once commanding view of the river impeded by an apartment block. Still, when you first arrive the height of the remaining two towers still have the ability to make you gasp and the OPW have done a fairly nice job of cleaning up the area surrounding the Castle. There are steps and rails put in place and a small landscaped garden area is adjacent. The Eastern aspect of the ruins now exposed shows evidence of mural corridors. A pathway leads you completely around the ruins and along the way you will find several gated entrances which are unfortunately padlocked giving only a tantalising view of the inside. I believe at one time a key was available from the office of the Corcoran mineral water factory nearby, but as this business is no longer there I'm not sure where the key lies now. For such an important ruin only a very small disc parking area is provided for visitors. All of the car parking spaces at the foot of the Castle are for the private residents of the aforementioned apartments. This aside the ruins are very striking, have a considerably turbulent history and are really well worth your time to check out.
To find Carlow Castle take the junction 4 exit of the M9 motorway heading South for Waterford onto the R488 pointing to Carlow. Drive for approx. 5Km until you have gone straight through 3 roundabouts. On  the fourth roundabout called Dr. Cullen Rd Roundabout follow the first left turn for the R488 towards the  town centre. Drive for approx 600m through the town until you reach a junction with Kennedy Ave. This has a large stone building with the SuperValu logo on it on your right hand side.. Turn right here and continue on this road through a roundabout and a crossroads and then approx 150m on you will see a left hand turn for Mill Lane. Turn onto the lane and you will see the Castle on your right a little way up. On your left opposite the Castle you will see a small parking area with a small charge of 50c per hour.
Posted by Castlehunter at 13:46