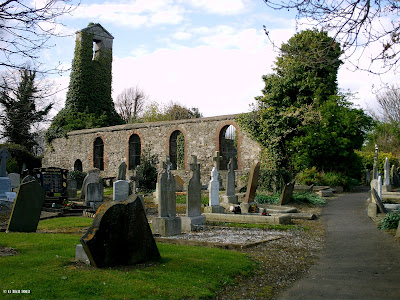 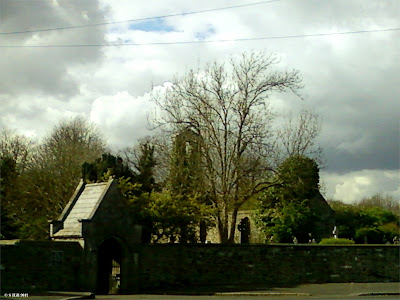 Above Image: A View from outside 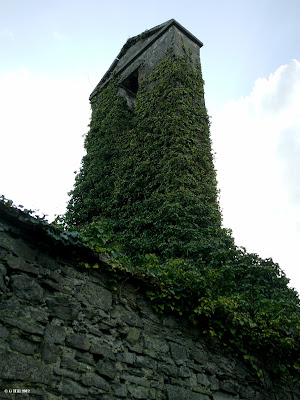 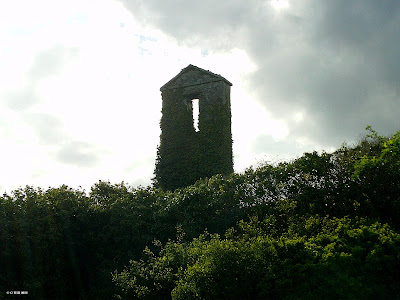 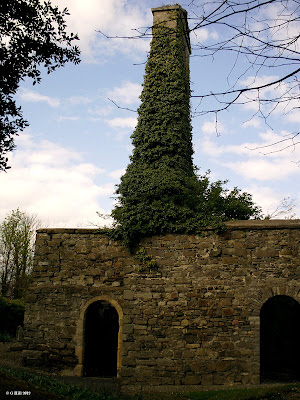 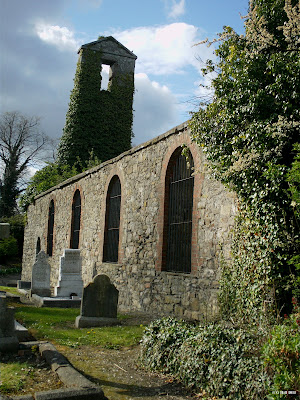 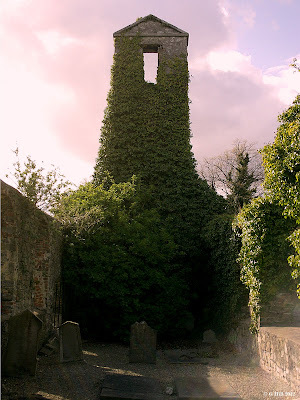 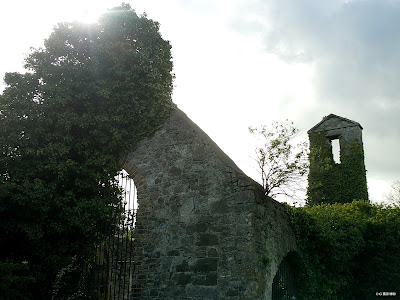 Above Image: A view that may have stoked Bram's imagination? 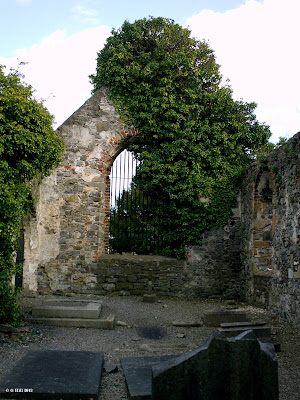 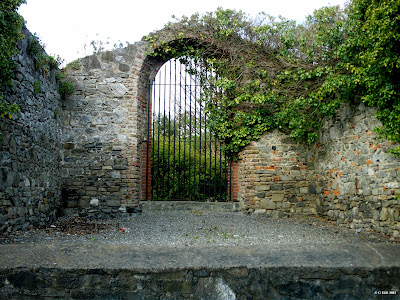 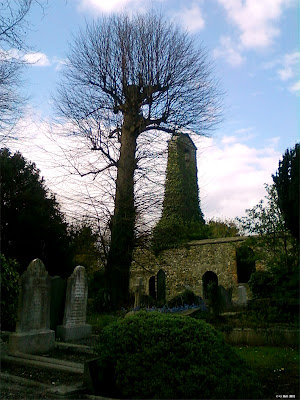 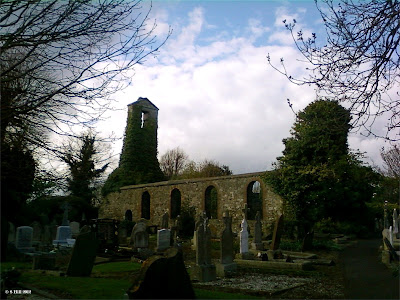 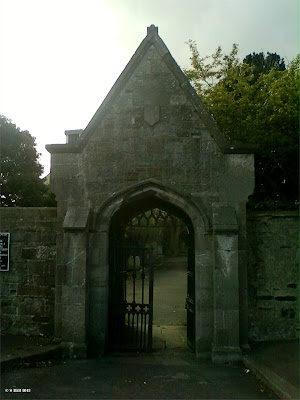 
This interesting ruin lies just off Castle Avenue in Clontarf. This was originally an ancient monastic site but this current structure was constructed in 1609 and dedicated to St John the Baptist. It was in use serving the Anglican community of the parish until 1866 when a much grander Church was built on Seafield Rd to replace it. Although surrounded by a cemetery, it over the years fell into ruin, but what remains is in kept in good order. On it's western face the wall extends higher to form a bell tower. This tower of sorts dominates the skyline as you walk around the Church.
We sought out this ruin not only because it was quite striking but also as an interesting aside, author Bram Stoker was actually baptised here in December 1847.
In a lot of cases these type of walled graveyards tend to remain locked by local authorities to avoid any vandalism or antisocial gatherings but in this case the gate remains open during reasonable hours.
A decorative arched gate leads you into the grounds immediately giving you a good side view of the Church.
As we circled the ruin we noticed that the entrances and windows were blocked by black bars and so were surprised to find a small open gate on the southern facing wall. This led us into the nave of the Church. It was quite large inside having served it's many parishioners for over 250 years. there is a raised area alongside part of the Northern part of the nave which was illuminated by a large window.
As usual we found our visit undisturbed by anyone even though this is a more suburban setting. The light that day captured the ruins quite well I think and made the visit even more worthwhile.
To find the Church ruins, take the M50 Northbound and take exit 3 for the Dublin Port Tunnel. Exit before the tunnel onto the R104 and drive until you reach the junction with the R107 Malahide Rd. Turn Right. Continue until you reach the crossroads with the R103 and turn left onto Collins Avenue East. At the bottom of this road is a T-Junction with the R105. Turn left and then take the 2nd turn right onto Castle Avenue. You will find the Church entrance on your right hand side about 1km down this Rd. Parking is possible along Seafield Rd west opposite.
Posted by Castlehunter at 20:50