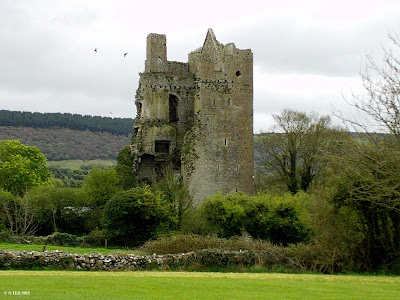 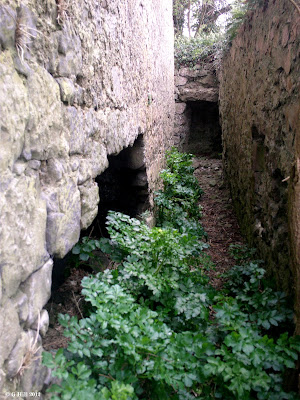 Above Image: A Narrow passage around the base 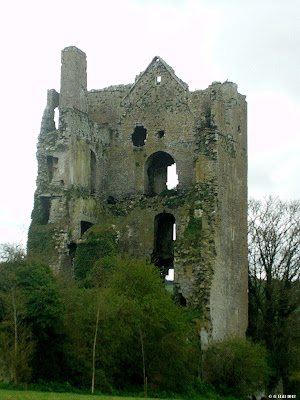 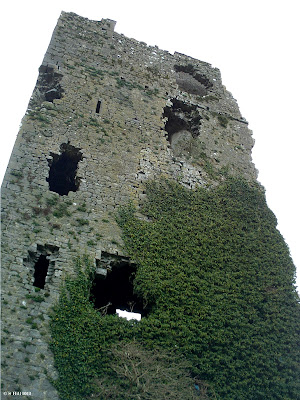 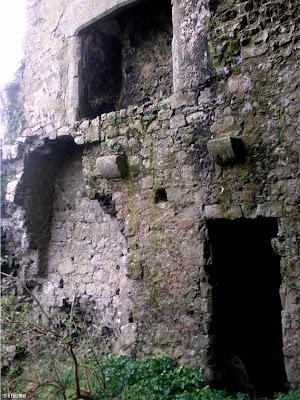 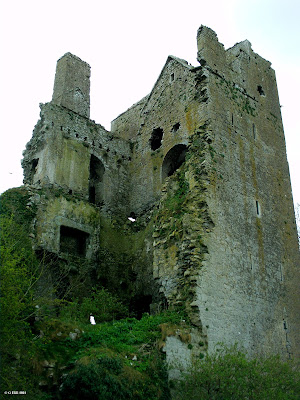 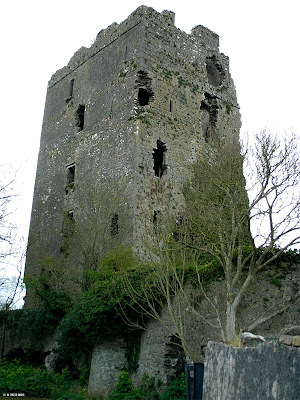 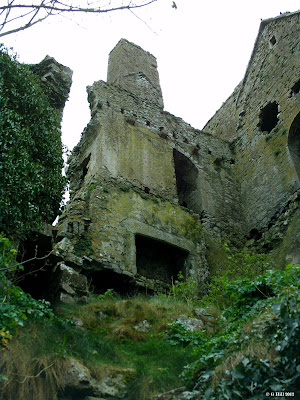 Above Image: A rocky ascent into the interior 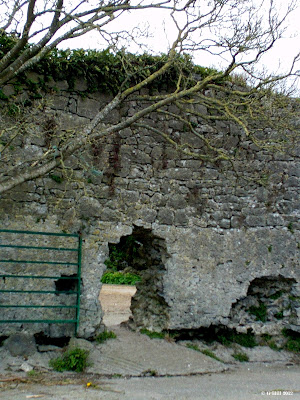 Above Image: An entrance to the courtyard 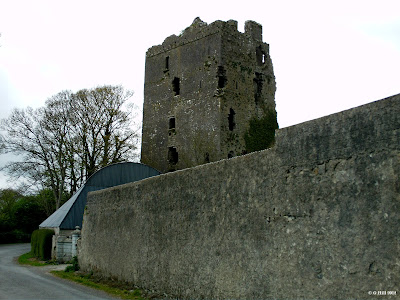 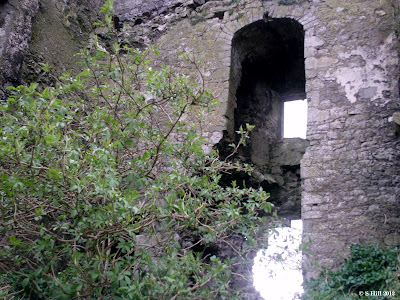 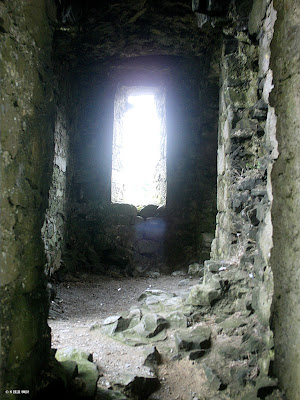 Above Image: One of the interior passages 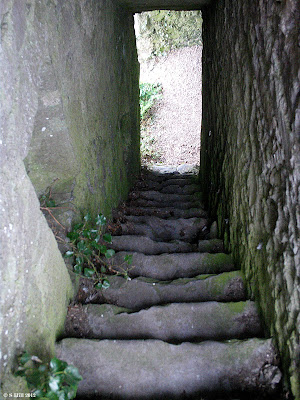 Above Image: Steps leading to the courtyard

This impressive ruin stands up to 90 feet high and is built on solid rock. It was a formidable keep constructed in approx.1425 by Finghin MacGillapatrick. It stands five storeys high and is built of limestone.The castle saw many attacks through its relatively short life by it's owners enemies from Kilkenny, who supported by the Crown sought to destroy this massive keep. Eventually it would fall to the forces of Cromwell in the mid 17th century who totally bombarded it with cannon fire leaving it ruined and uninhabitable by 1657.
The Castle stands at the southwestern end of a large circular bawn and it's sheer height must have given it wide strategic views of the surrounding countryside. The cannons took out the north facing wall and portions of the east and south walls, otherwise the remaining walls stand to their full height and are home now to flocks of birds which circle the tower breaking the silence. The exposed interiors of the castle highlight many arches and fireplaces. The very thick walls carried mural passageways and led to many chambers.
Accessing this Castle is easy. It sits on the fork of two minor roads just off the main road in Cullahill Village. When we arrived it was quiet and only a couple of people sat at a picnic table just outside the bawn wall. This route is part of a heritage trail so many people pass this way. But how many try to access the ruins? We looked for some form of entrance and found that a yard adjacent to a house had a small irregular entrance into the bawn. This was private land so we just took a quick look but didn't immediately find any entrance to the Tower itself. A cat strolled by nonchalantly looking sideways at us but it was when a dog appeared glaring at us we thought it better to slip away.
Back outside we climbed up the rather tricky area that led up to the exposed interior. It was overgrown with thickets and was quite steep and rocky underfoot, but we managed to ascend to one of the openings in the wall. A couple of locals passed by with dogs and seemed bemused at our antics, advising us that the ruin was dilapidated and might be dangerous. We acknowledged their concern and carried on. Faint heart never won fair lady as they say.
Within the ruins we followed a passageway looking for some way to ascend further. Eventually we found a stairs which led both down and up. The stairs actually led down to part of  the courtyard! It might have been a better idea to ask the owners of the house if we could enter and they might have mentioned the stairs. On the other hand when we reached the top of the stairs it ended in a sheer drop without any safety rail so they might not have encouraged the climb for safety reasons. All in all it was very satisfying to have made the climb although it was trickier getting back down to the ground as we decided to go back the way we came. Our canine friend was still probably patrolling the courtyard. This ruin is a must for a visit. About a hundred yards down the road is a small ruined chapel that was associated with the castle's owners and is also worth your time.
To find Cullahill Castle, take the M7 Dublin to Limerick motorway and exit at Junction 17. Follow the N77 through Abbeyleix and when you reach Durrow take a right turn onto the R639. Drive for approx.5 miles and you will spot the impressive ruin in the distance to your left. As you enter Cullahill Village there is a left hand turn just opposite the Sportsman's Inn Pub. You will find the Castle a few yards up this road. Roadside parking is possible near the ruins.
Posted by Castlehunter at 13:19