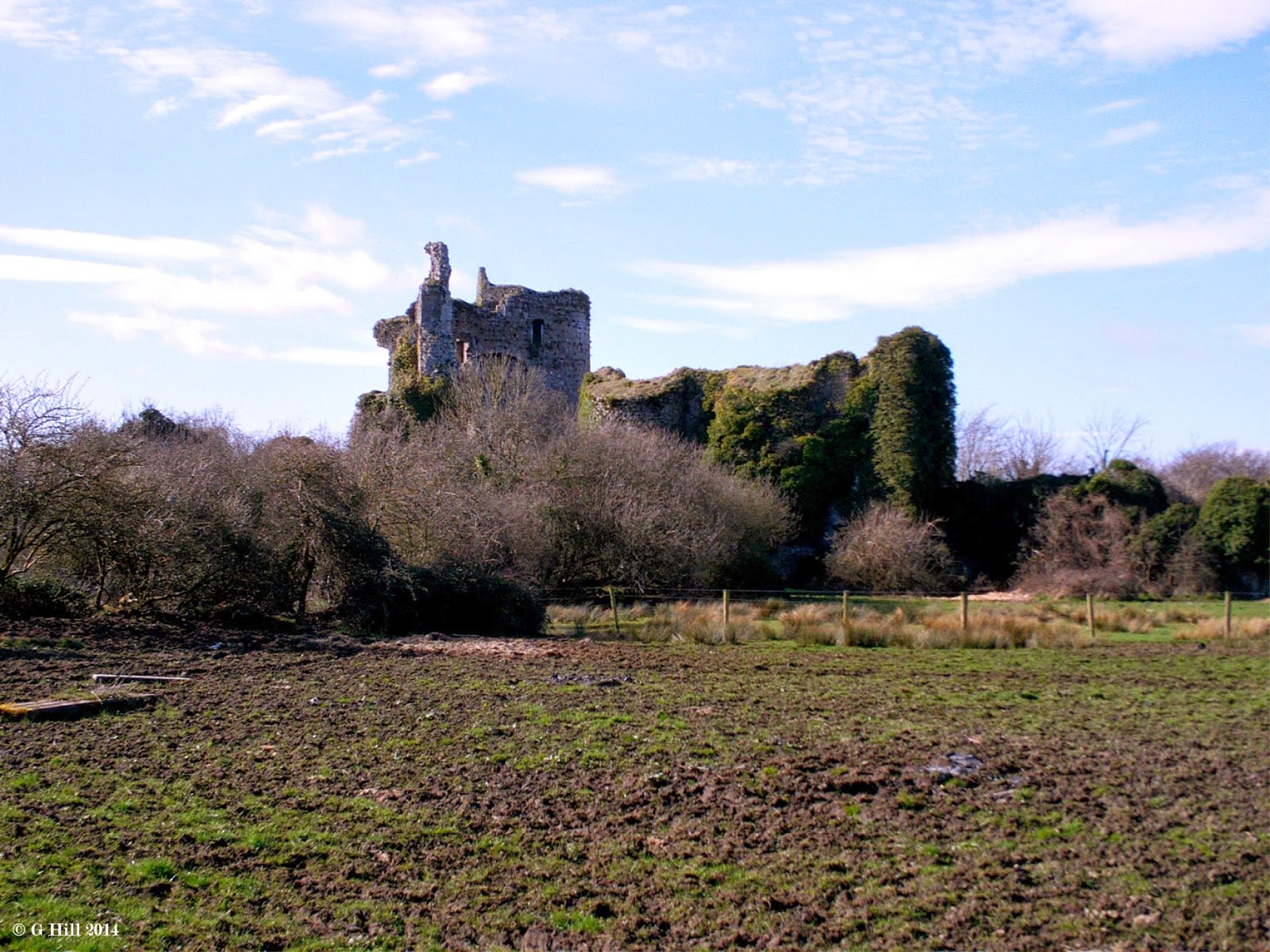 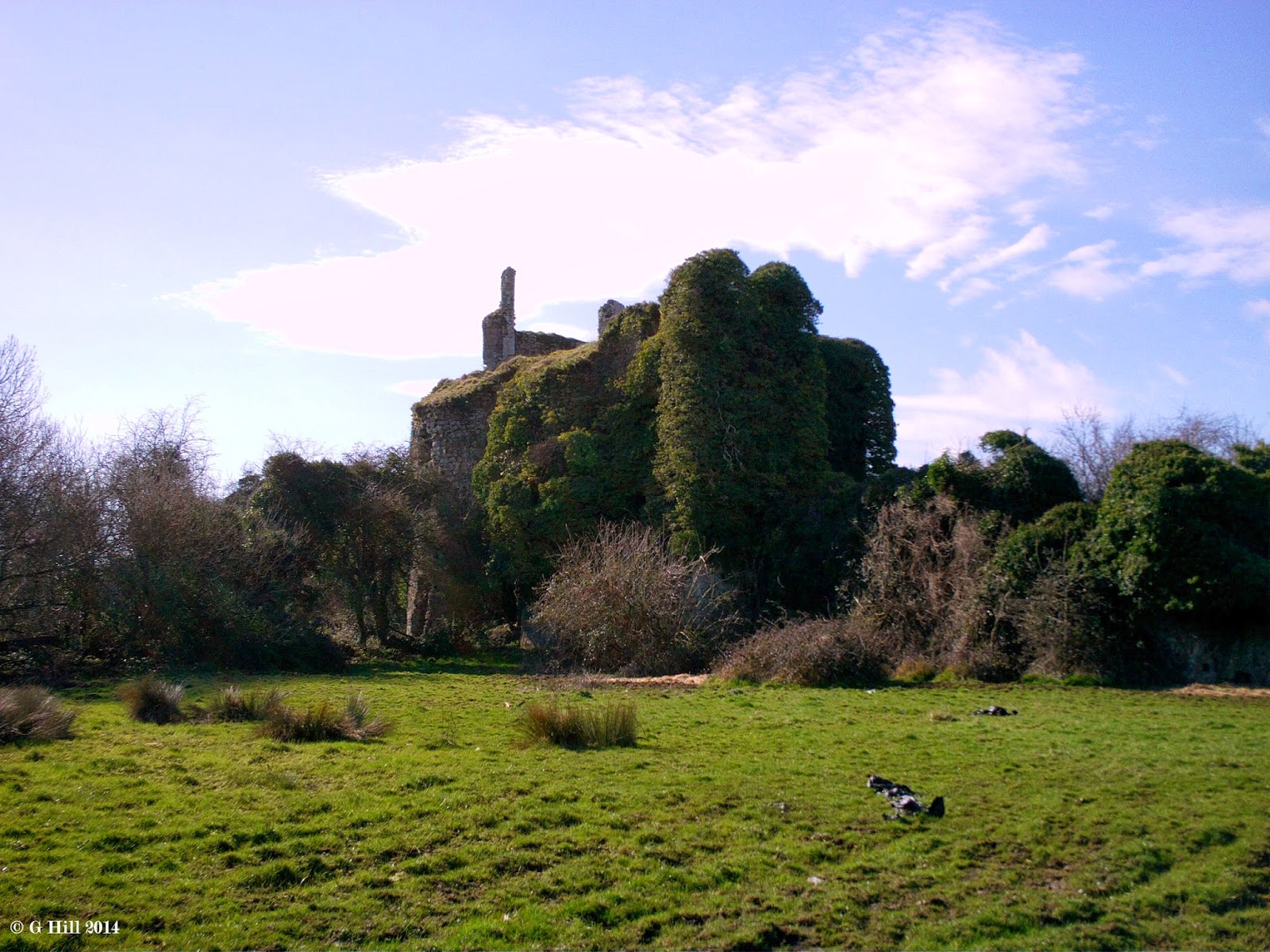 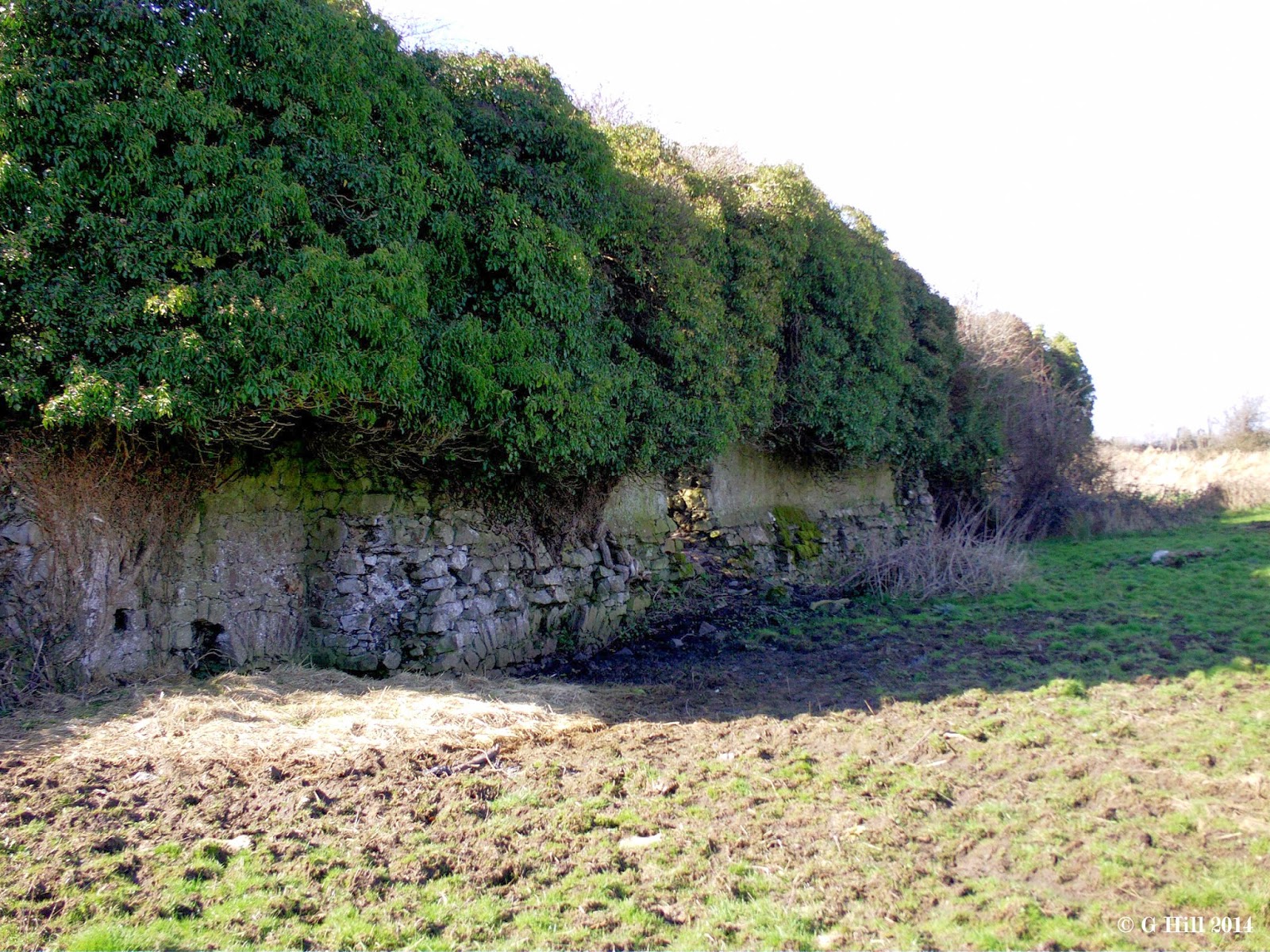 Above Image: Part of the courtyard wall 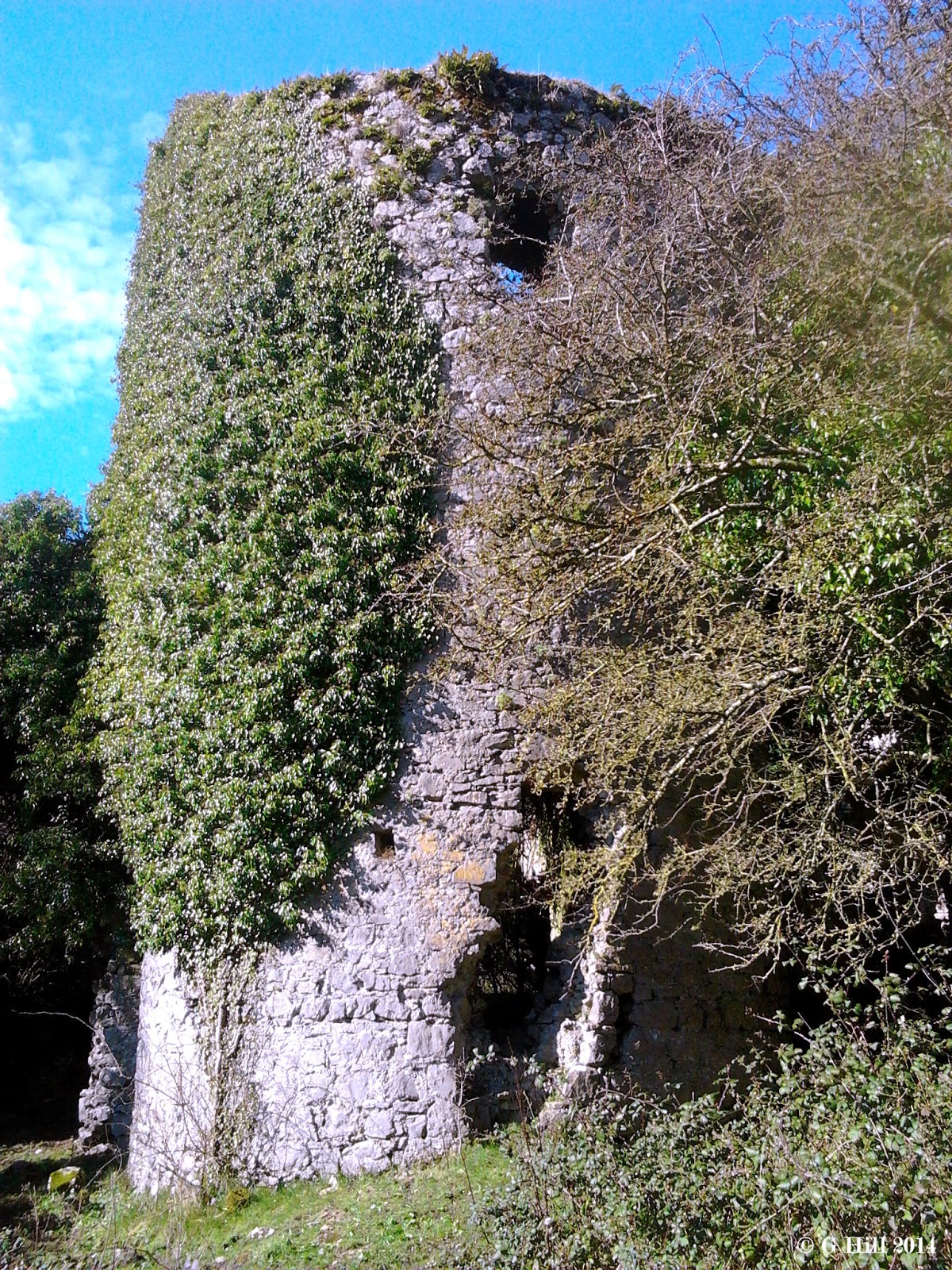 Above Image: A gate tower 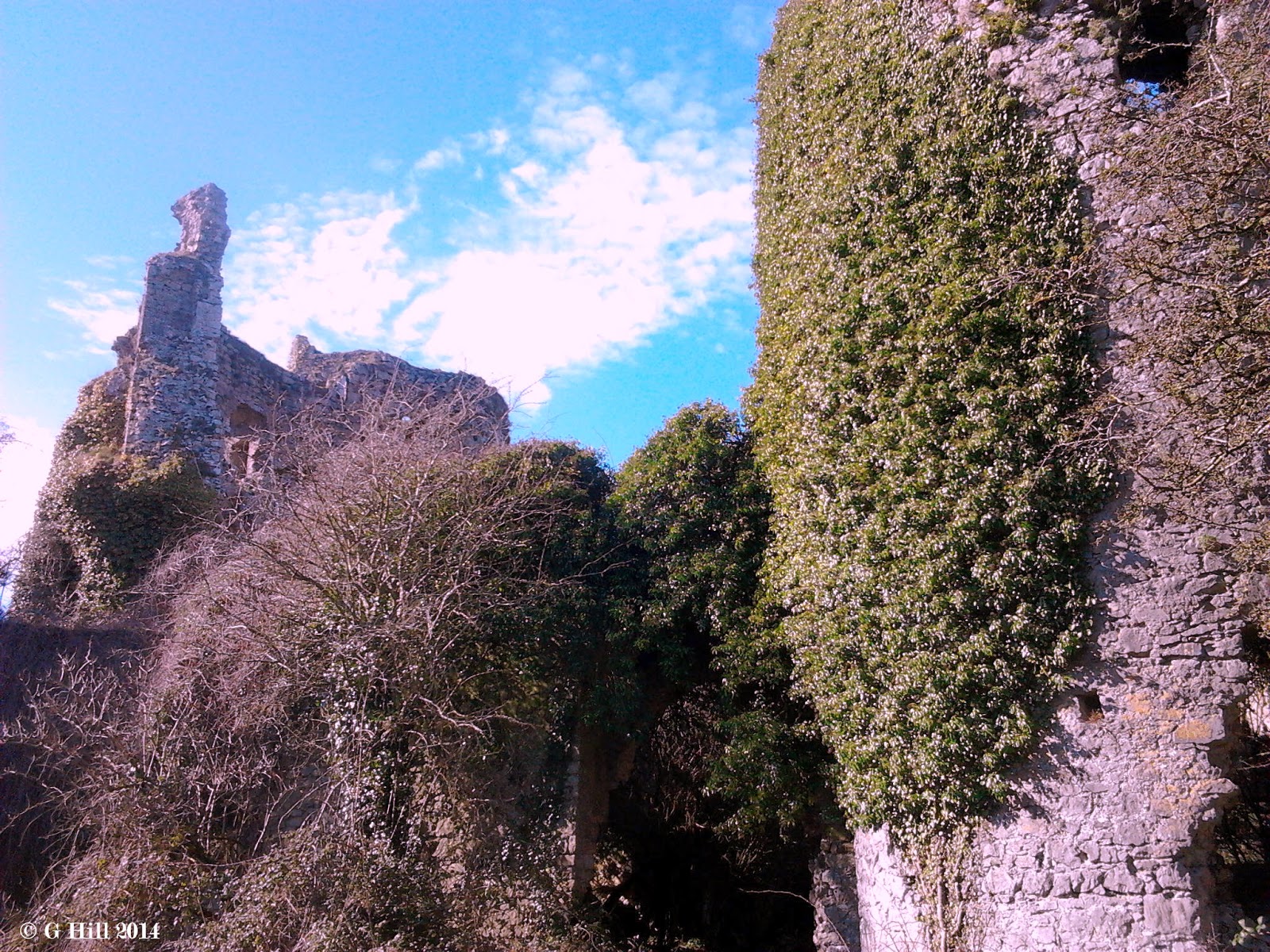 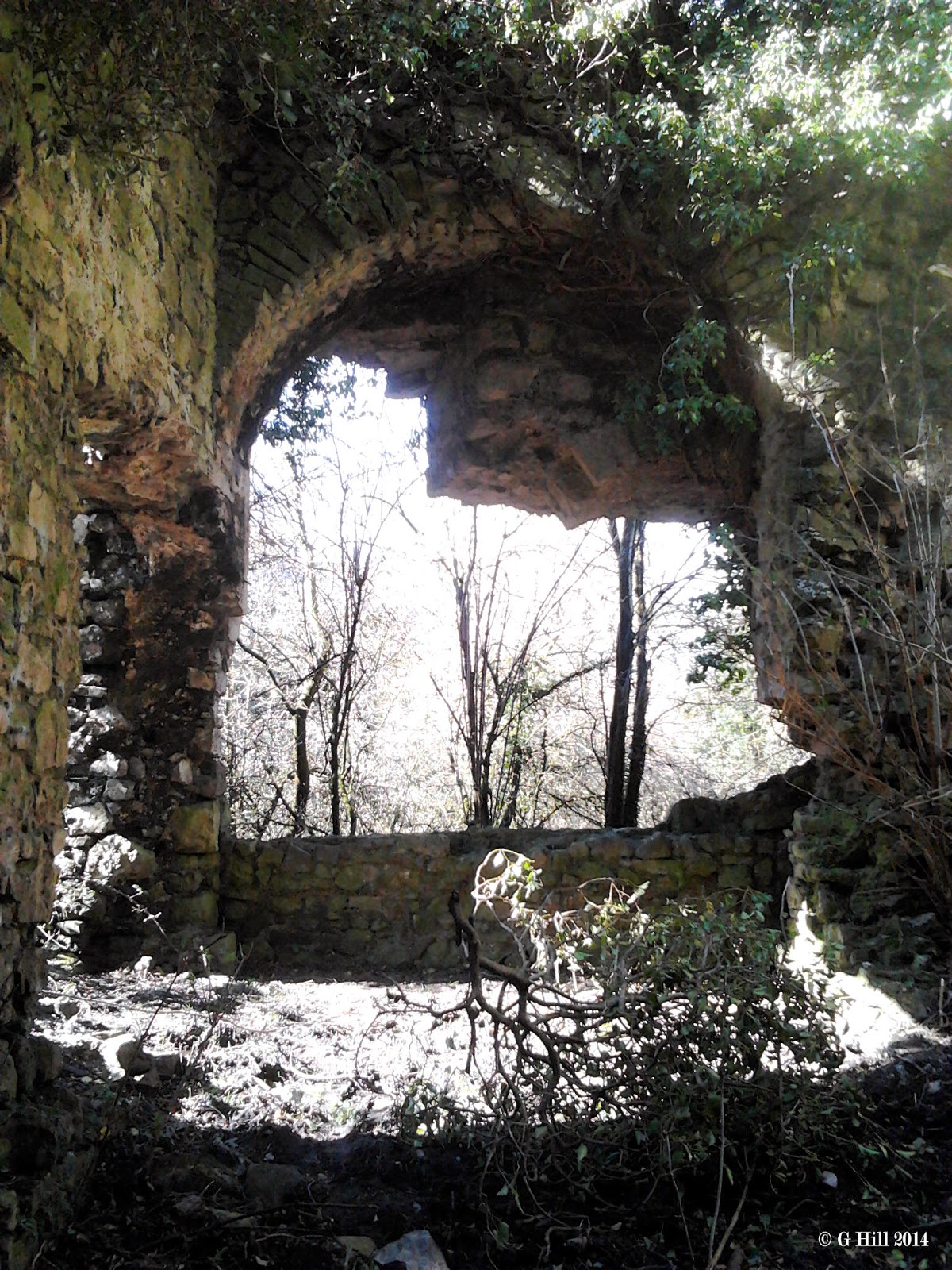 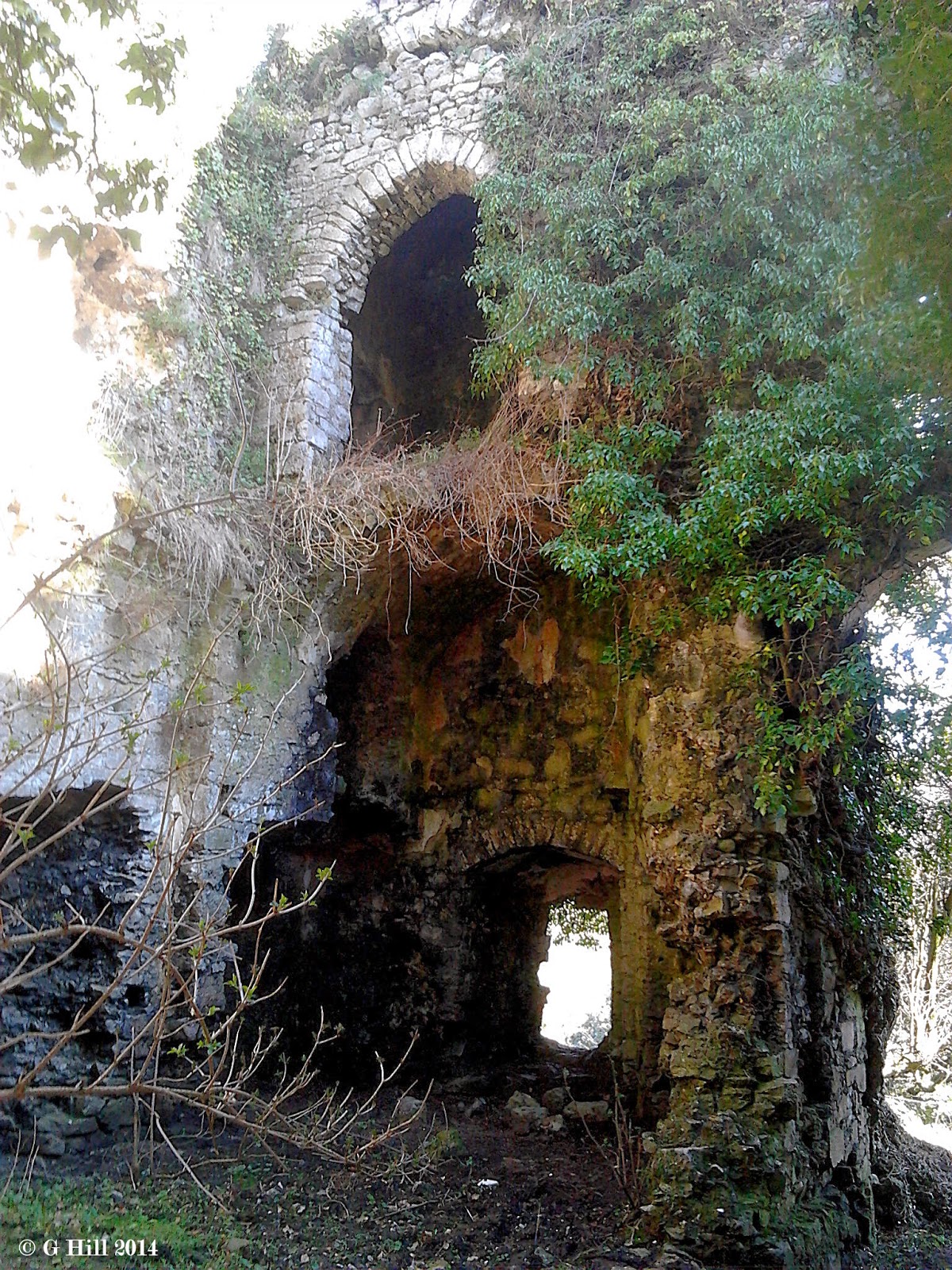 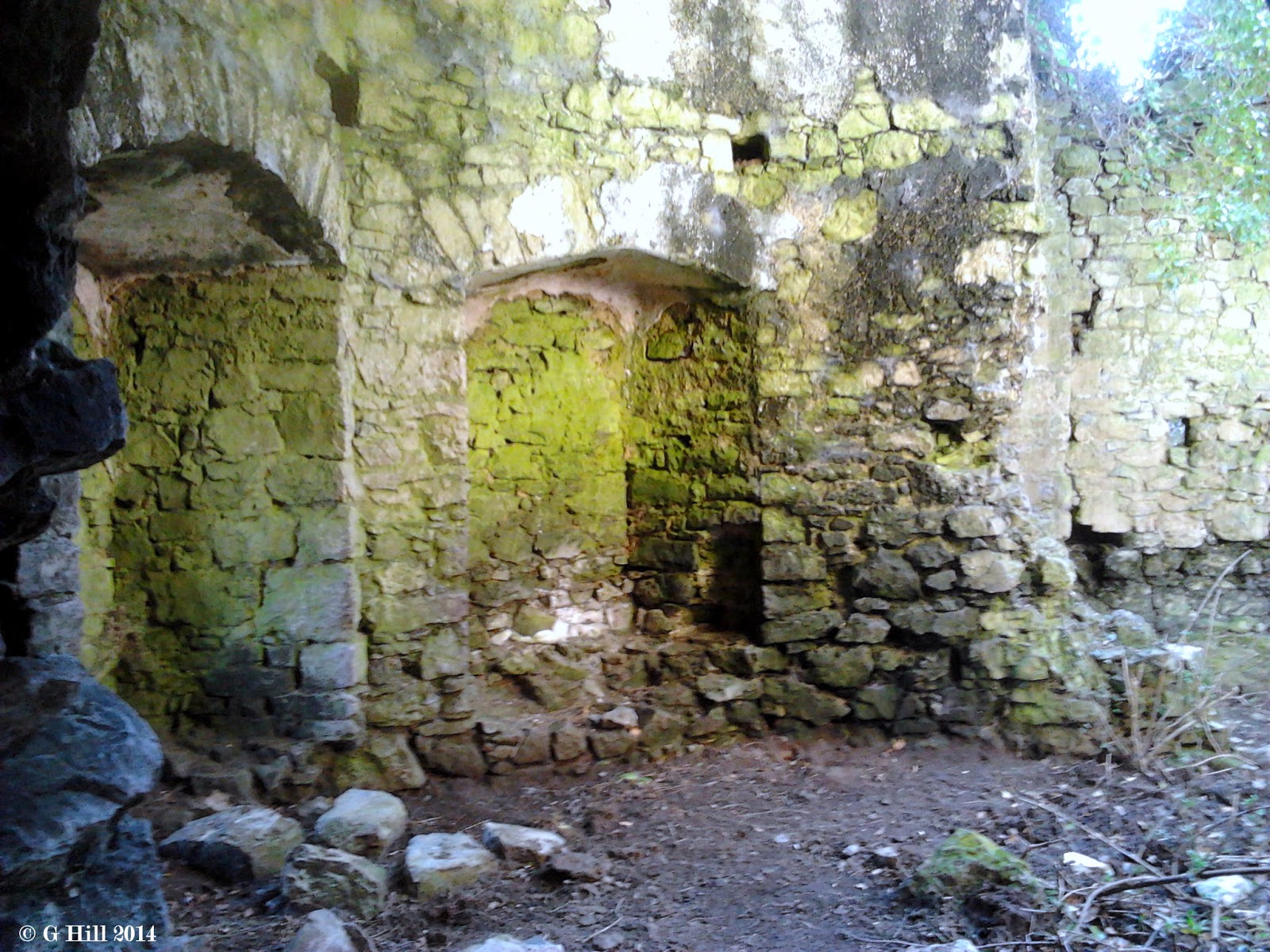 Above 3 Images: Some of the numerous 'nooks and crannies' 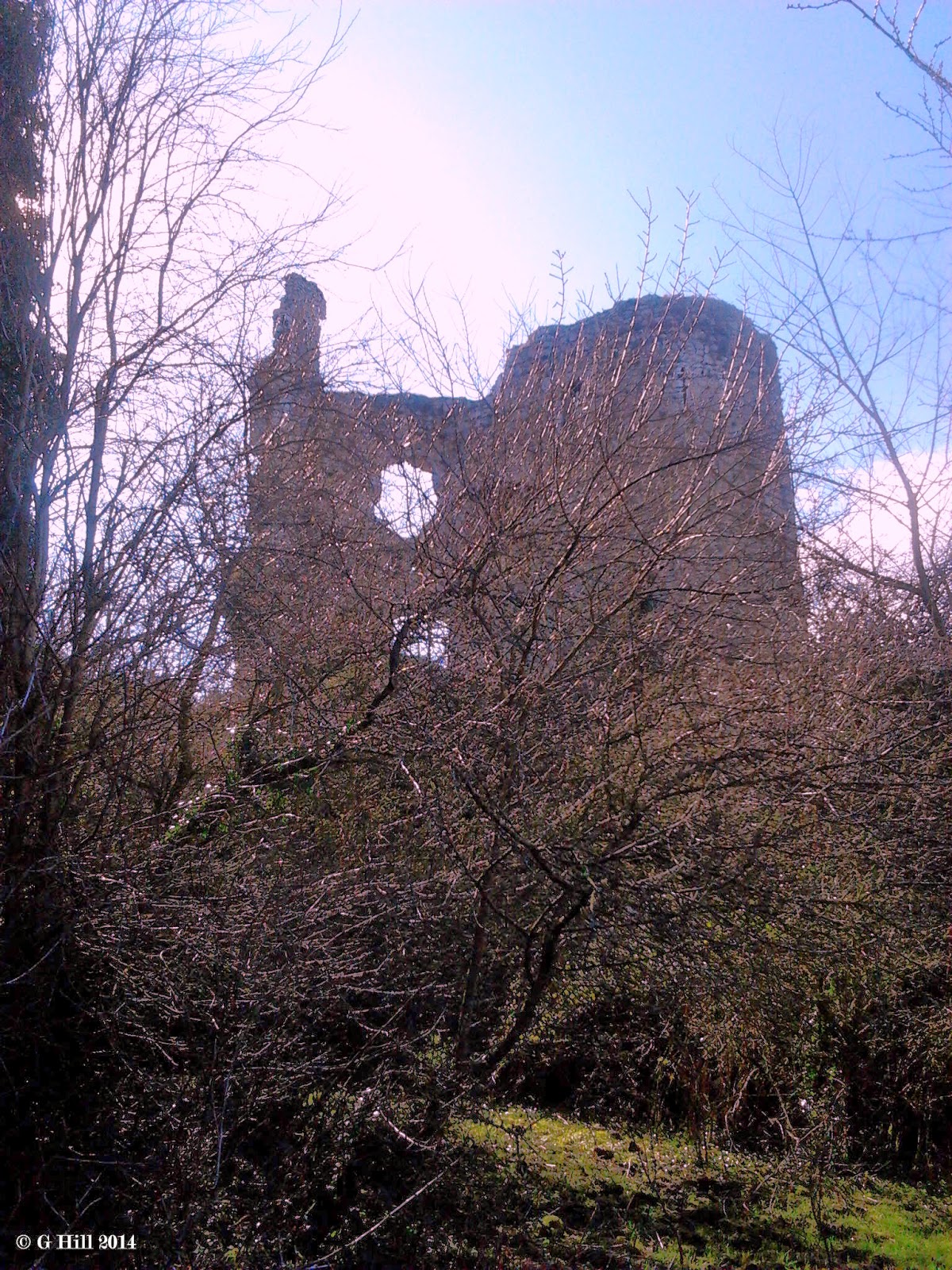 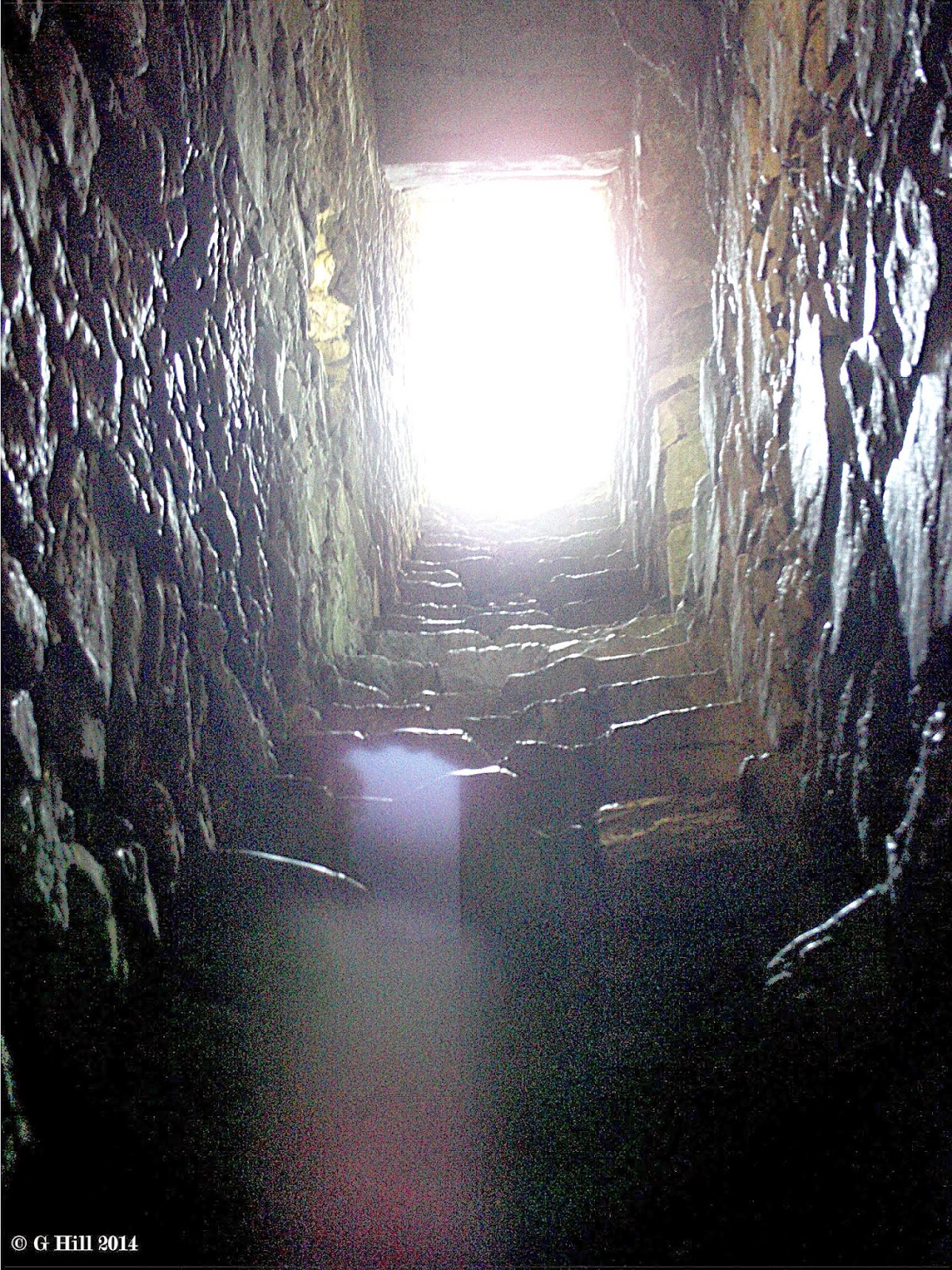 Above Image: The stairwell 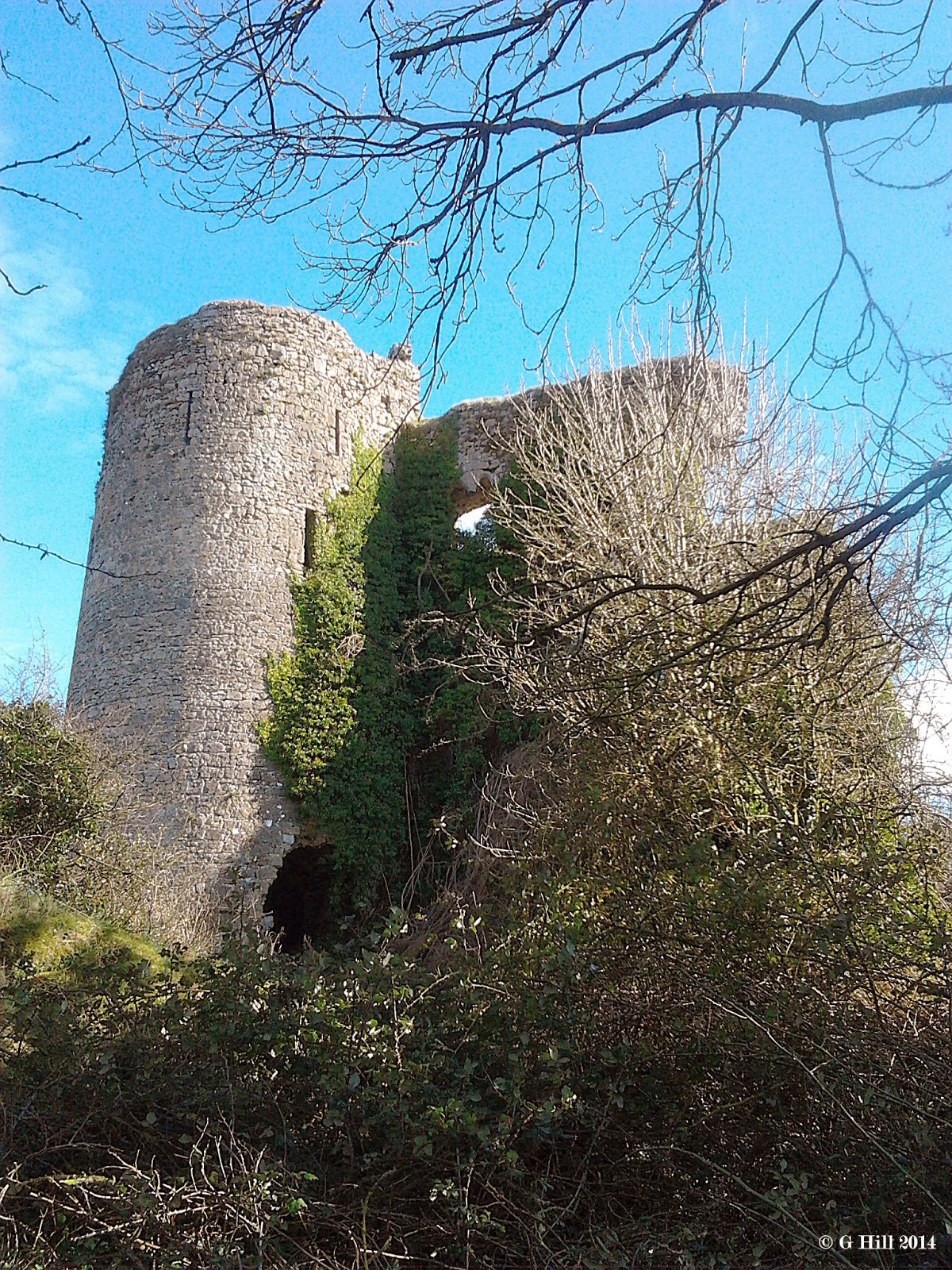 Above Image: A view from the river below 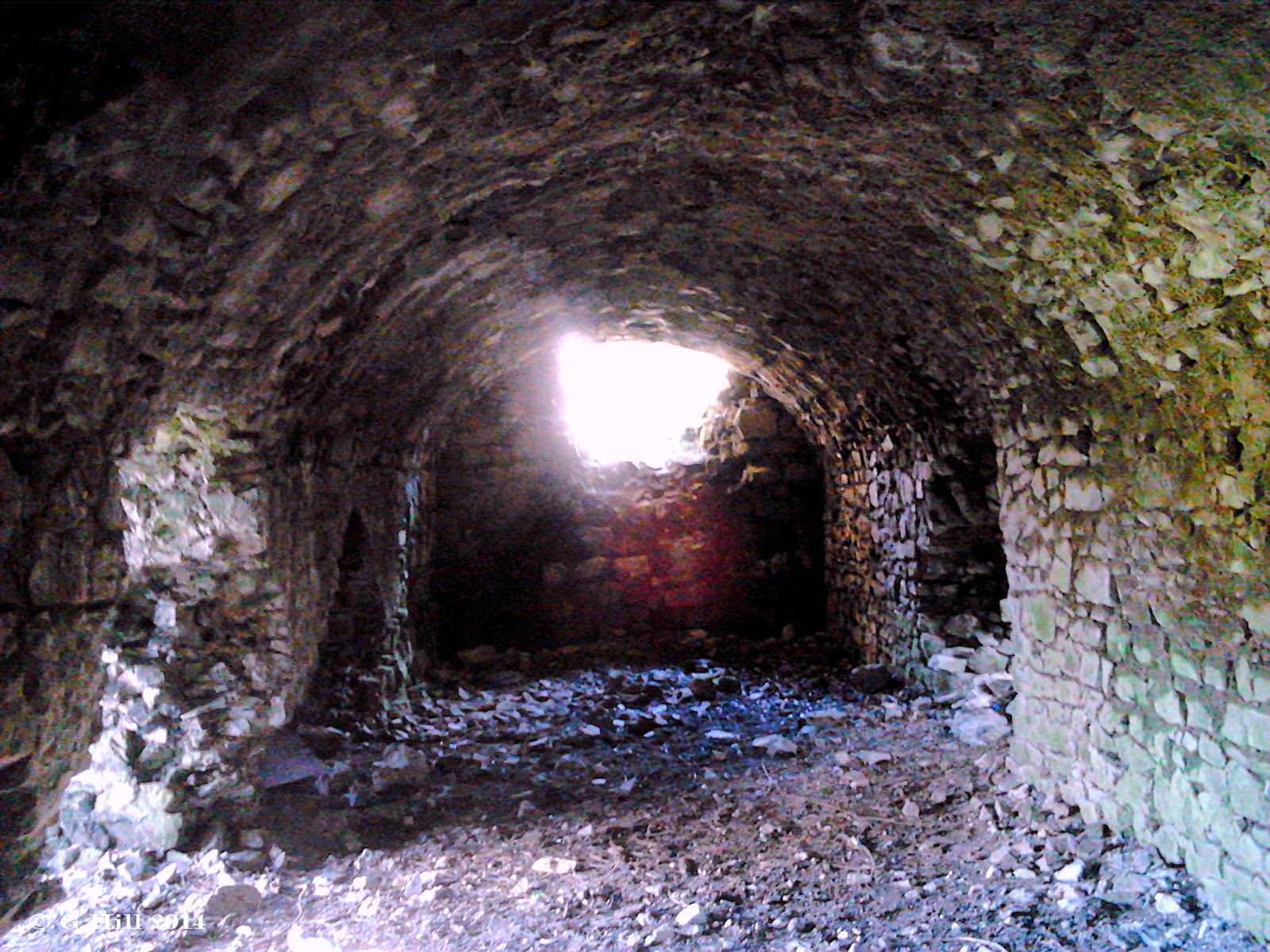 Above Image: A vaulted basement 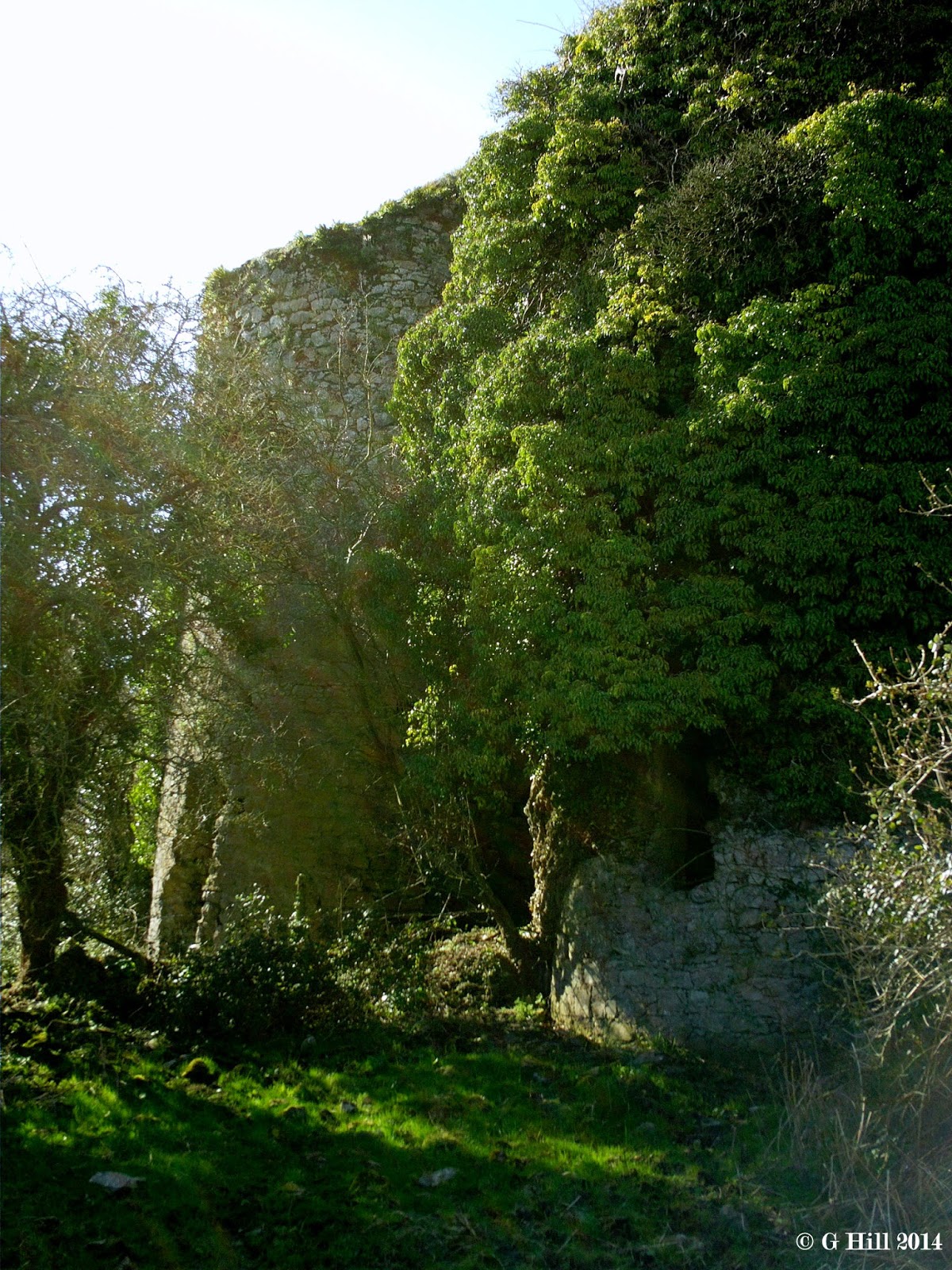 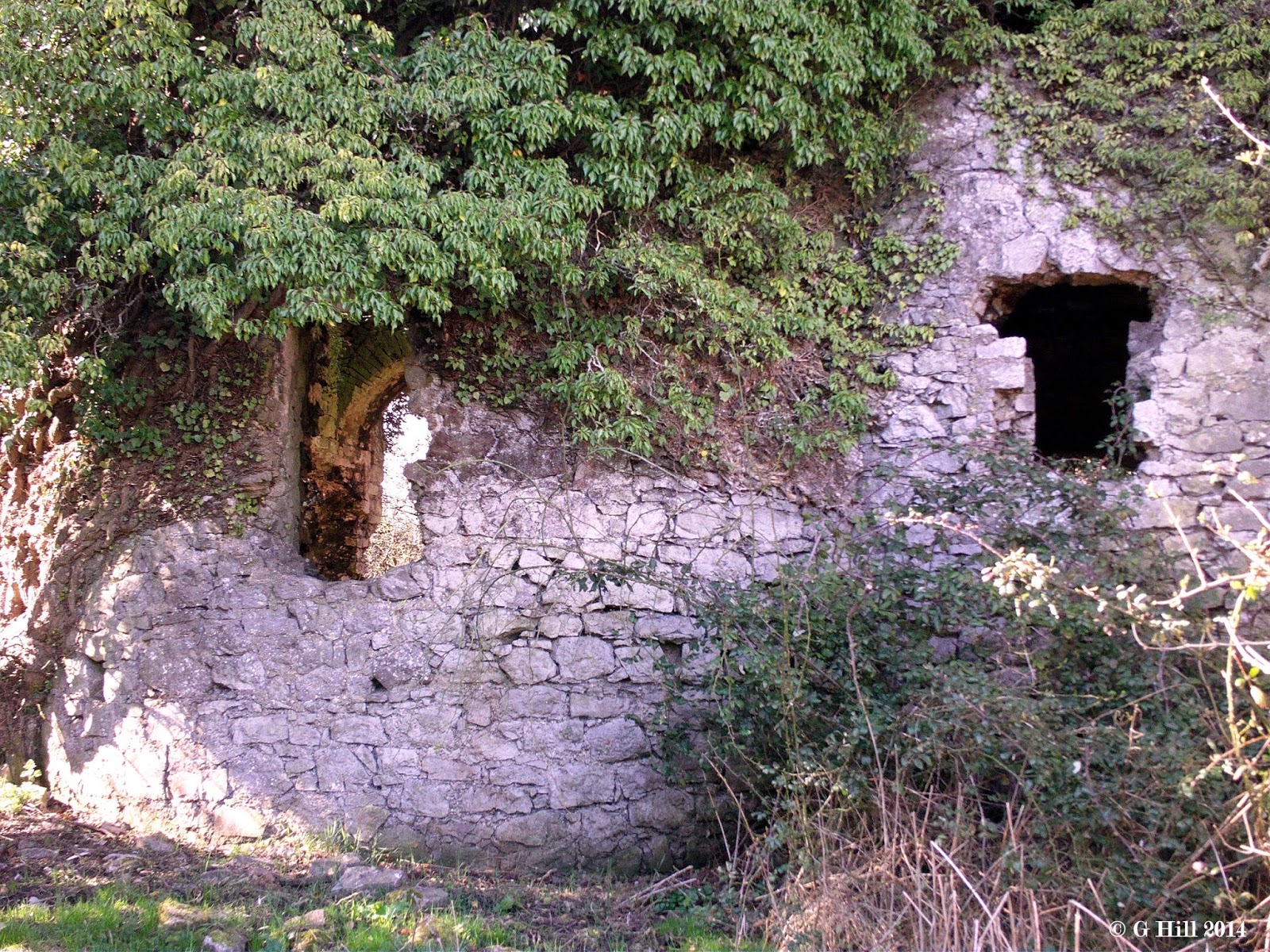 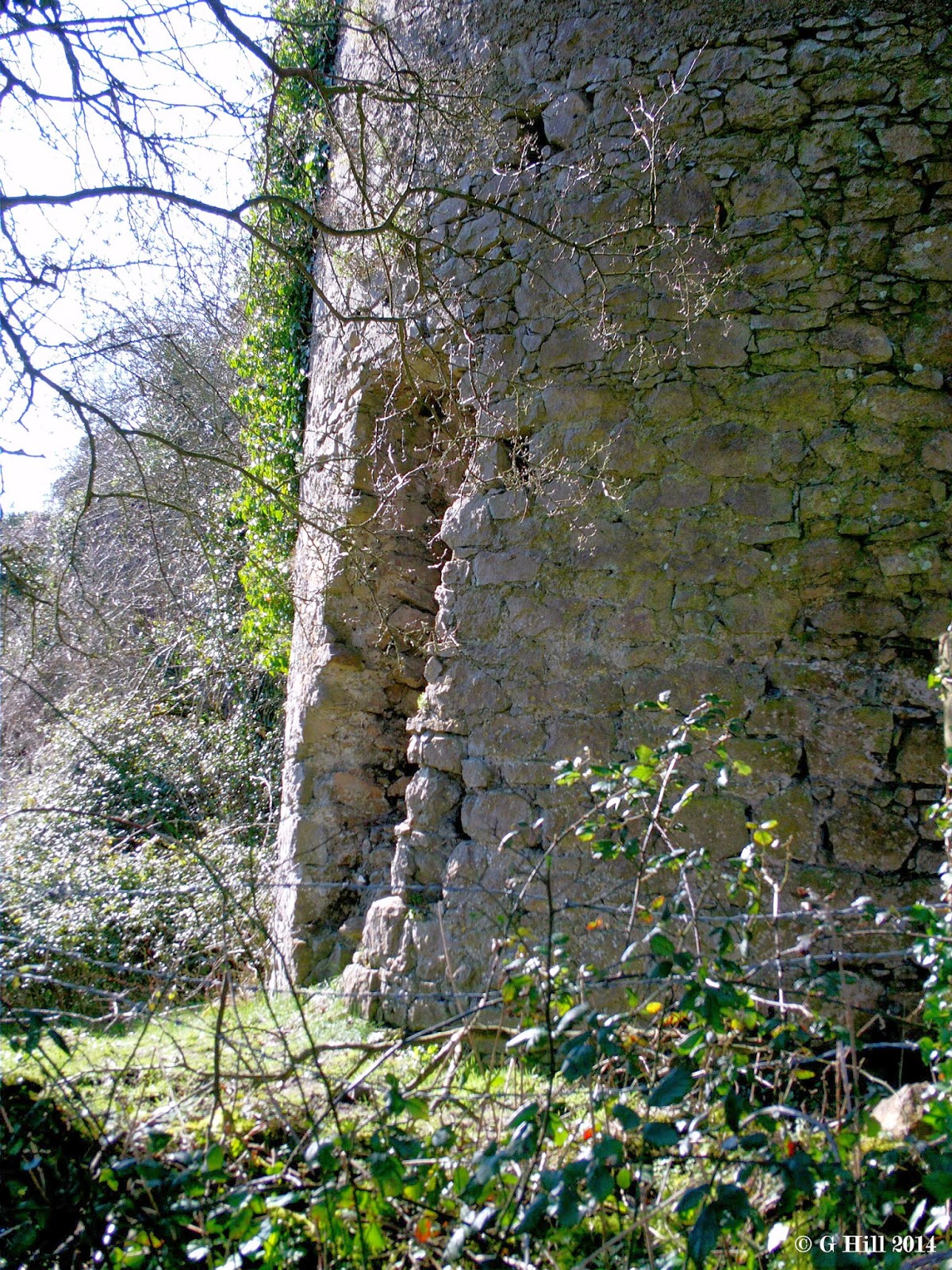 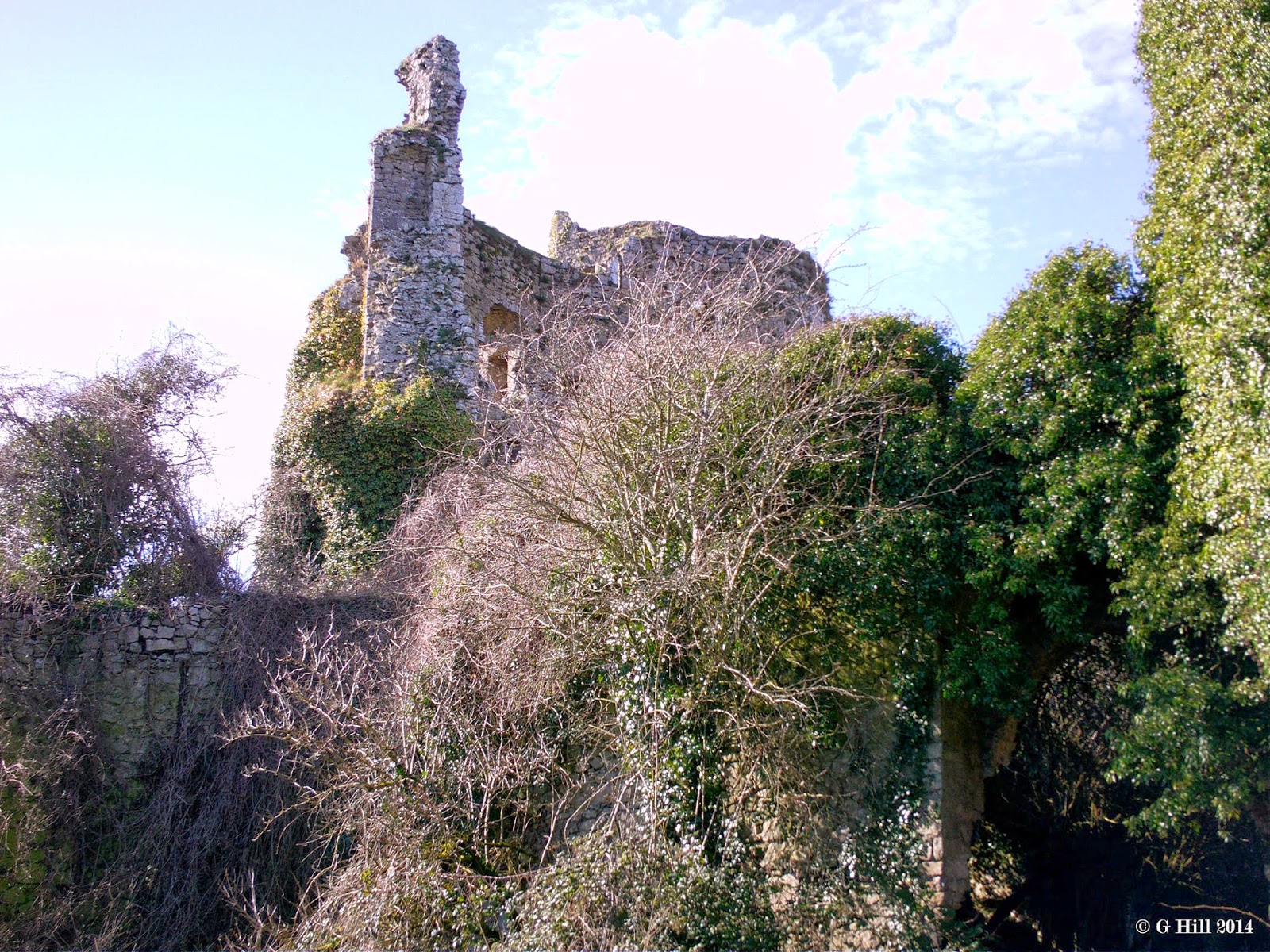 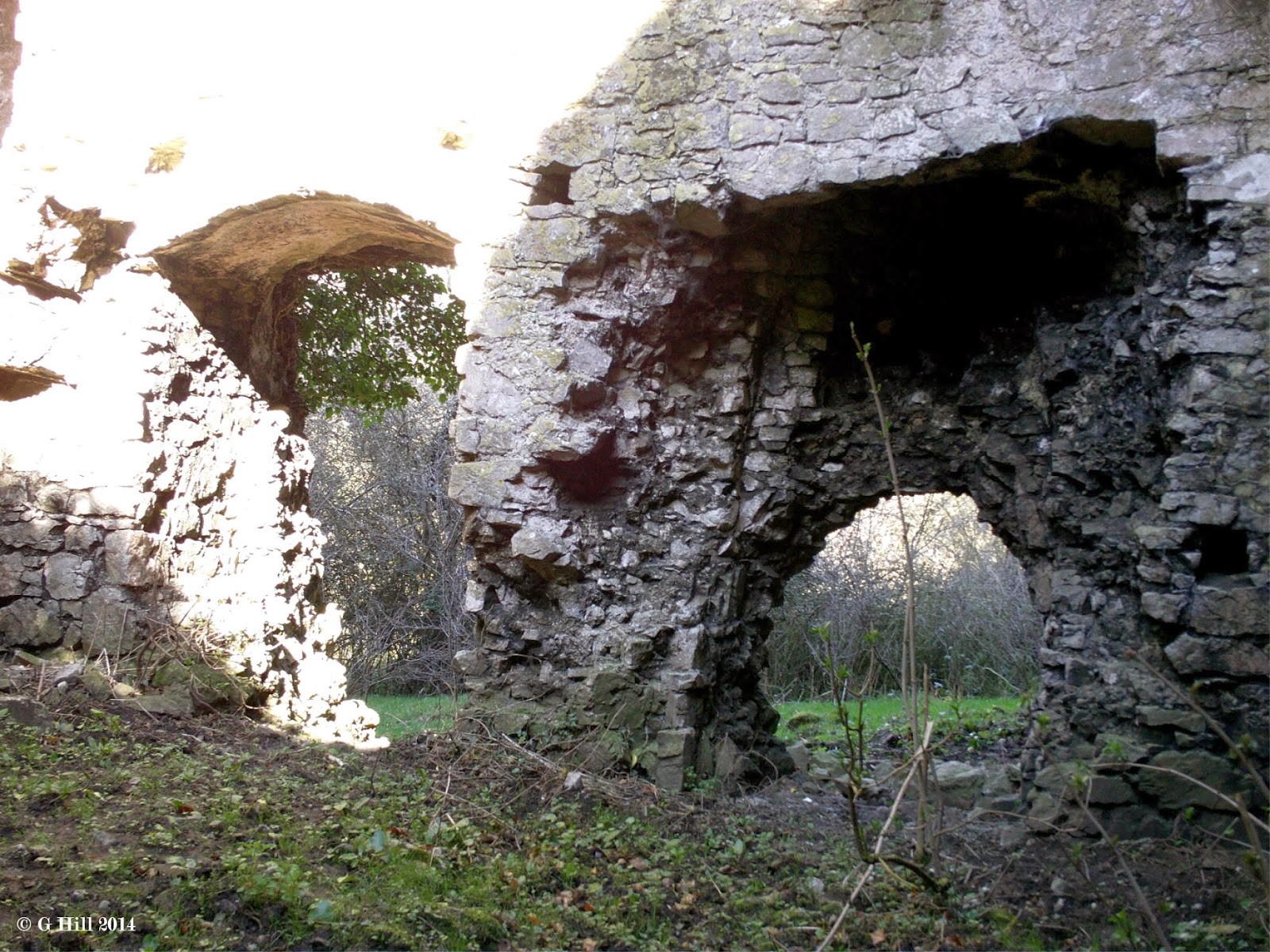 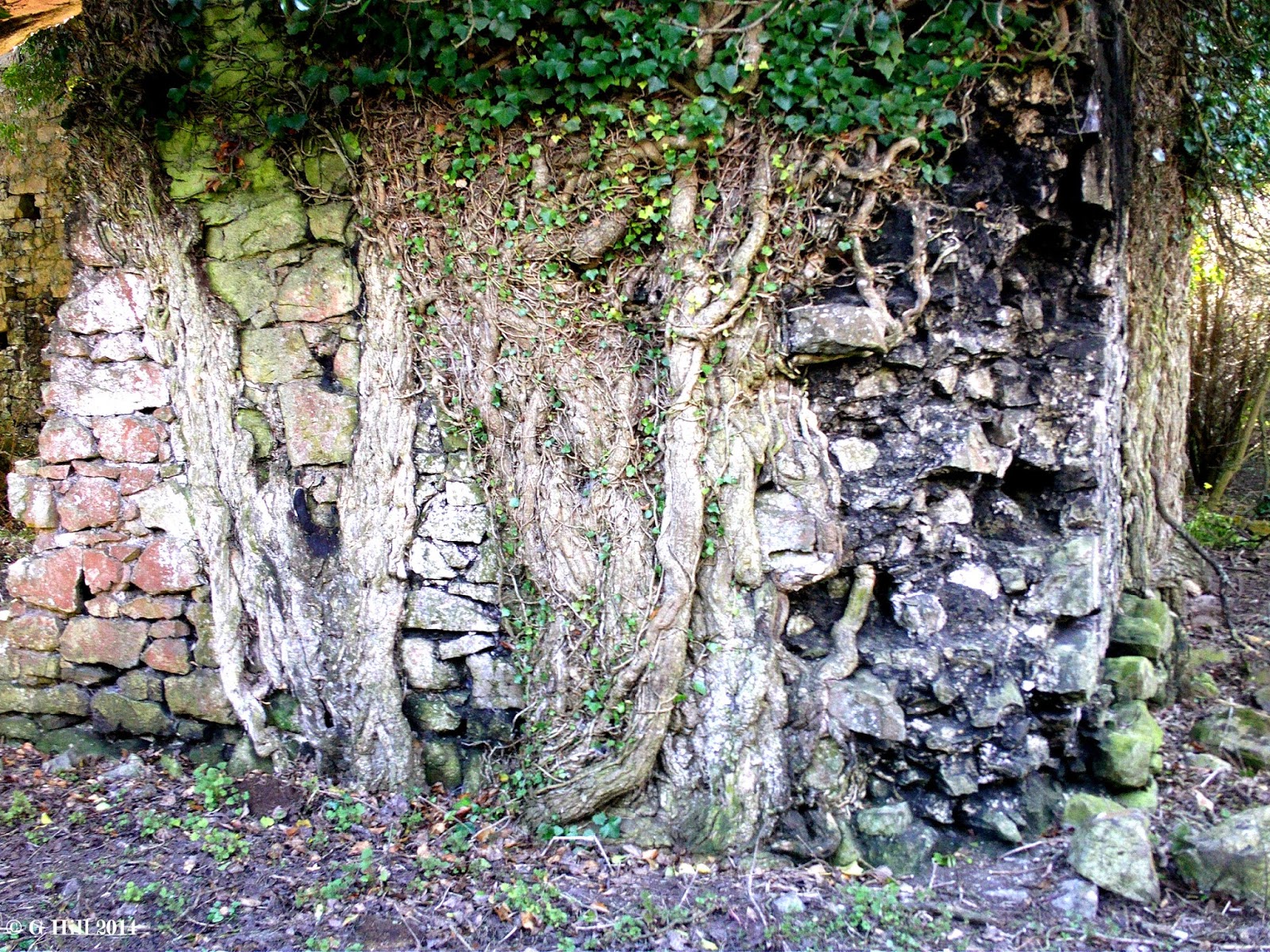 Above Image: Trees literally melded into the walls 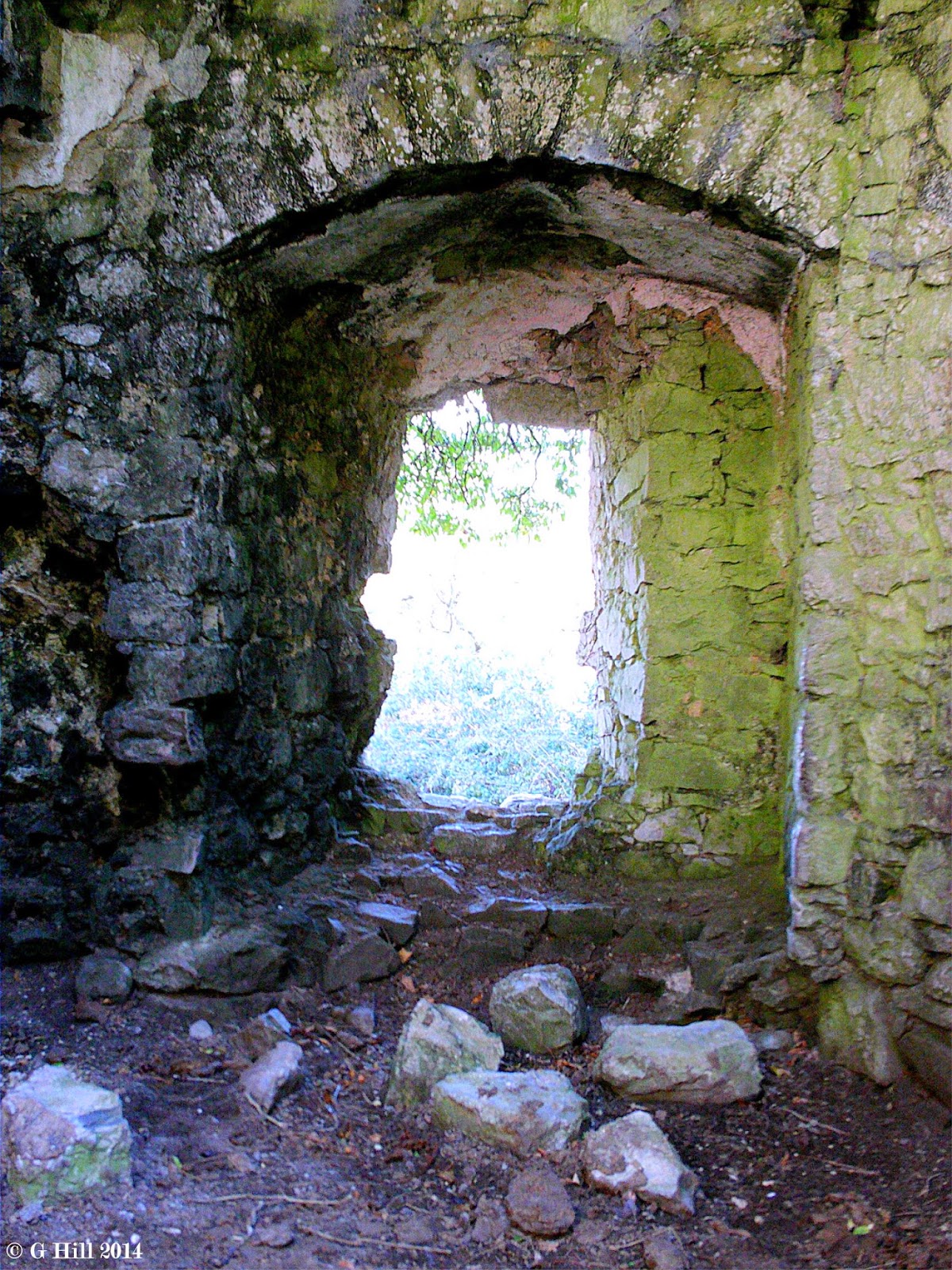 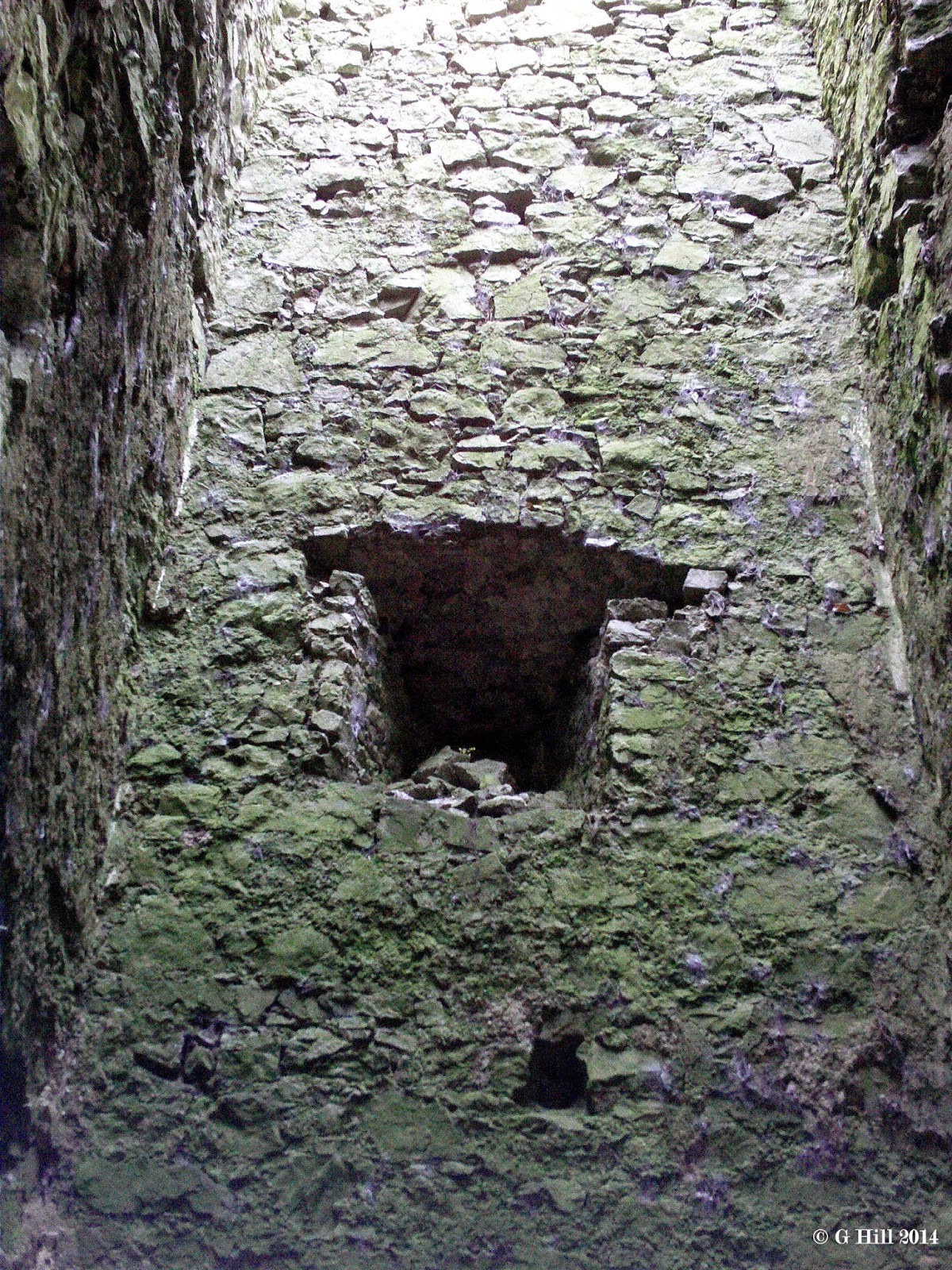 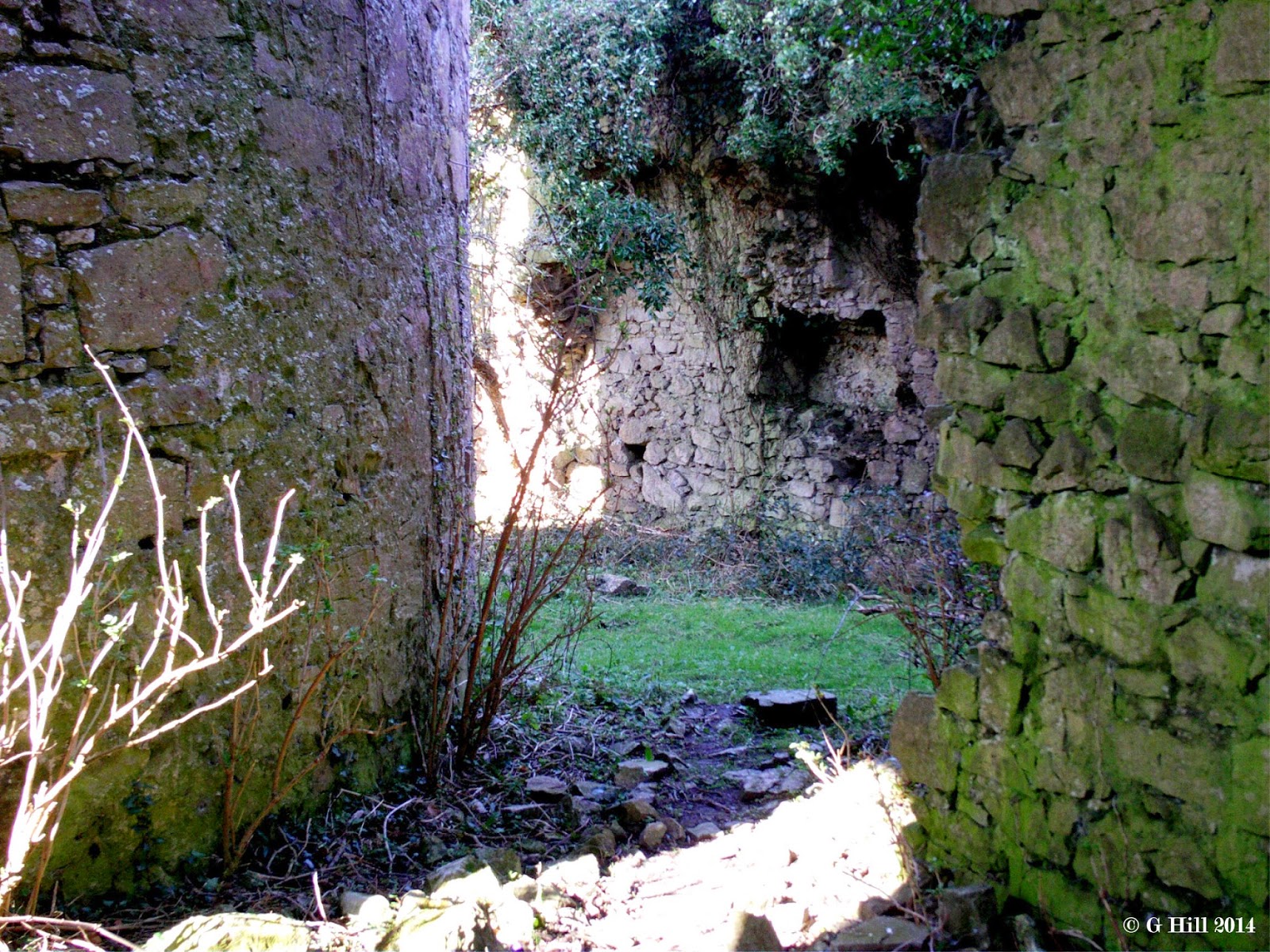 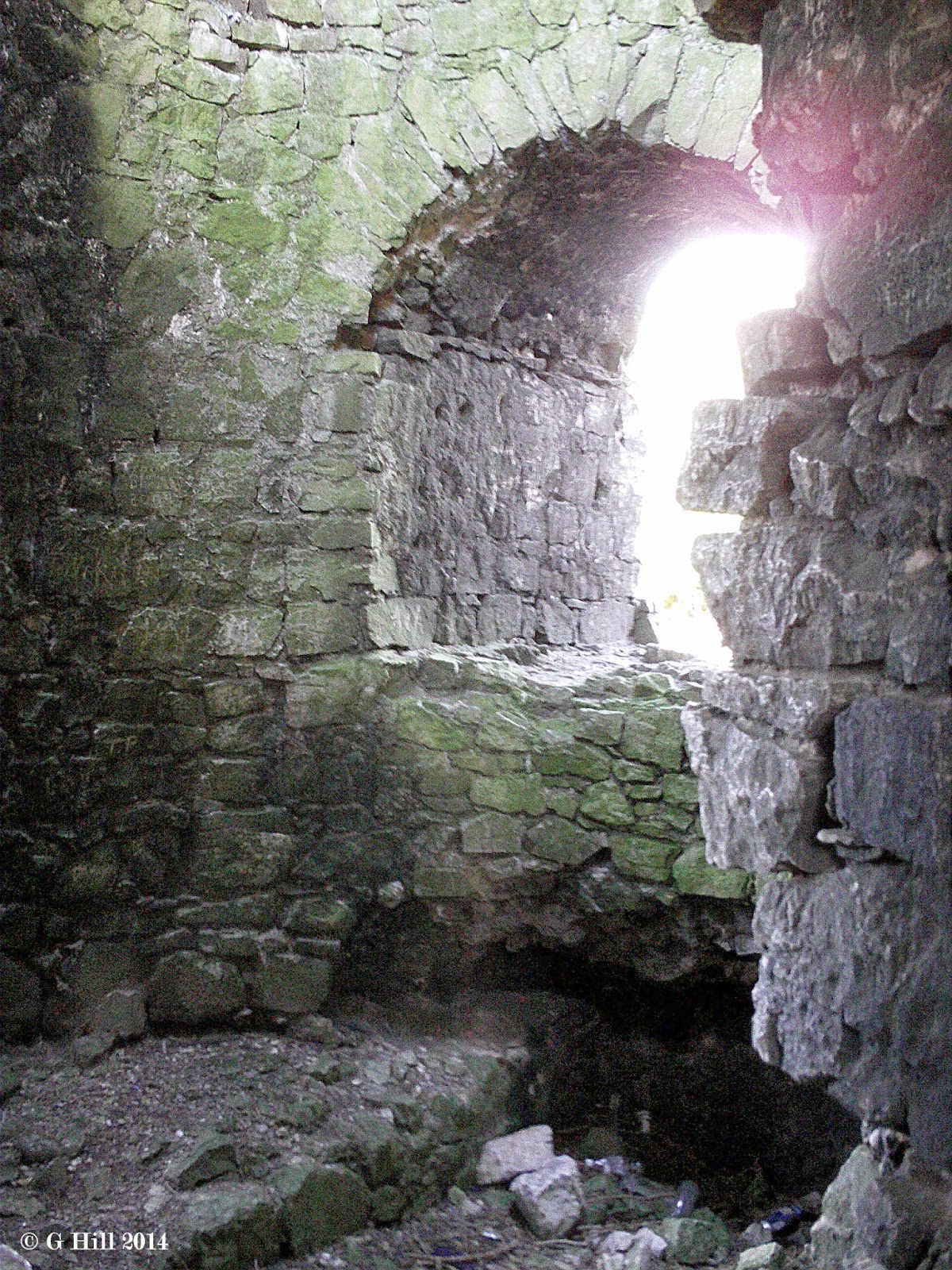 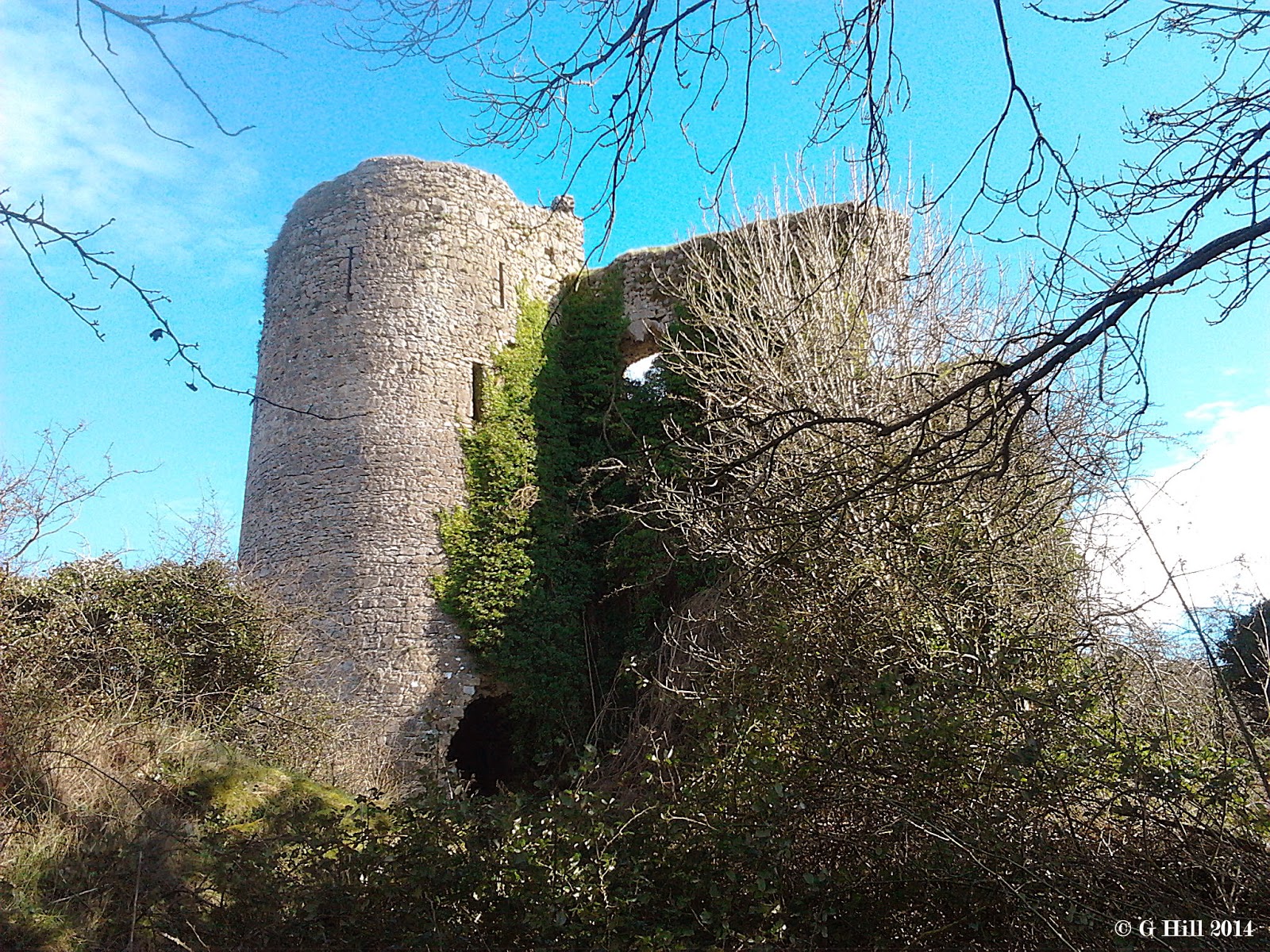 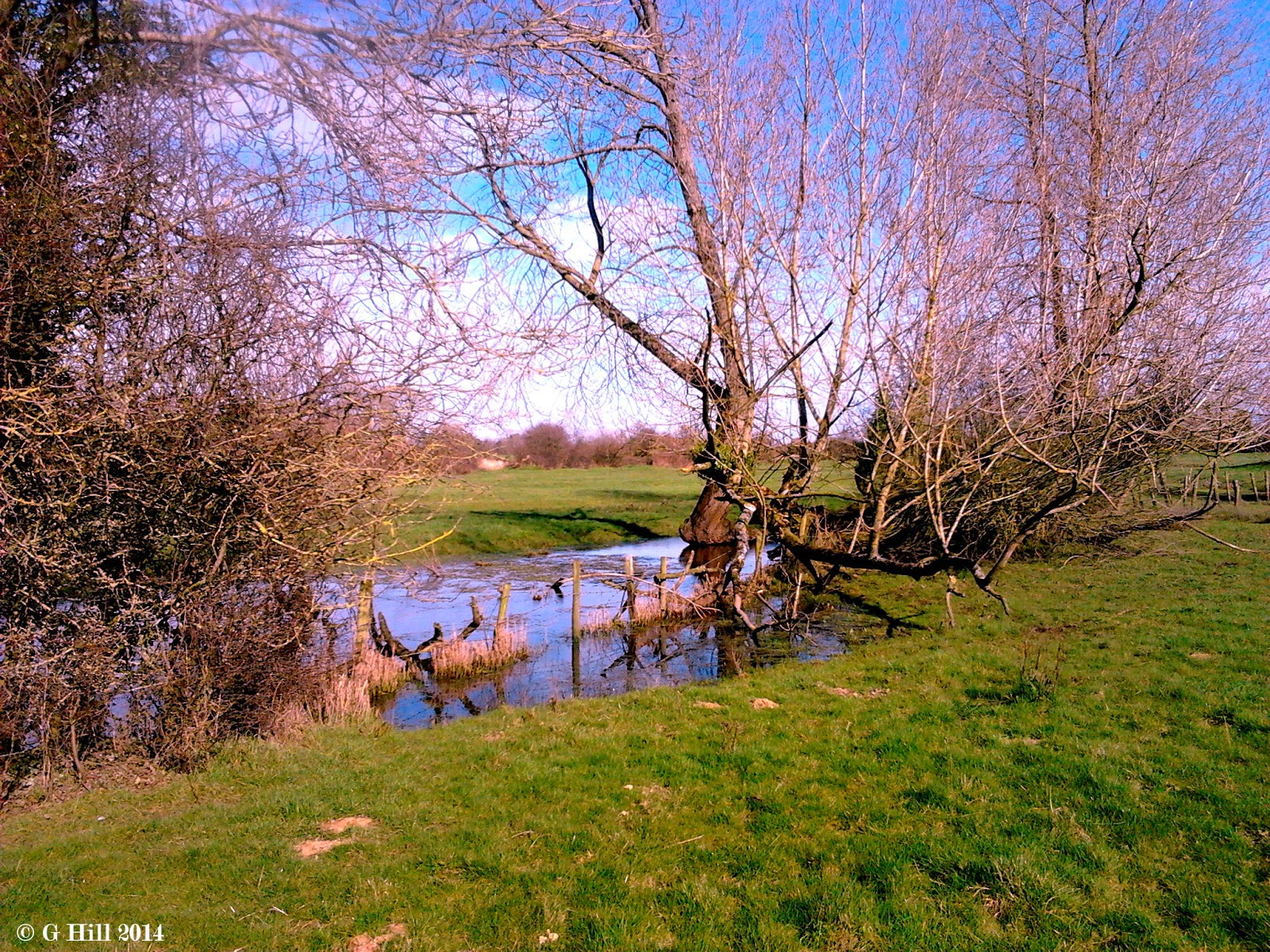 Above Image: The River Barrow Adjacent to the Castle 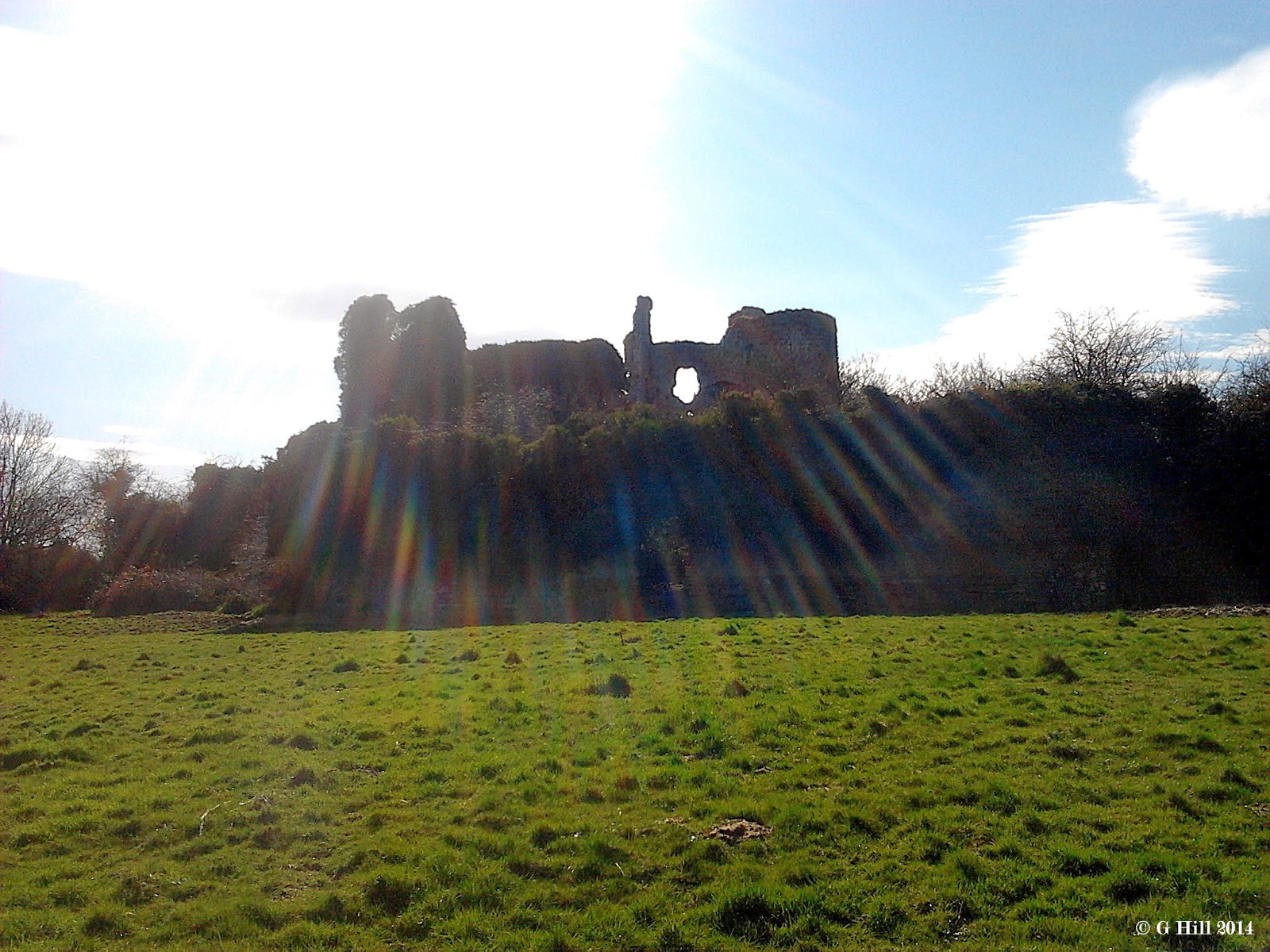 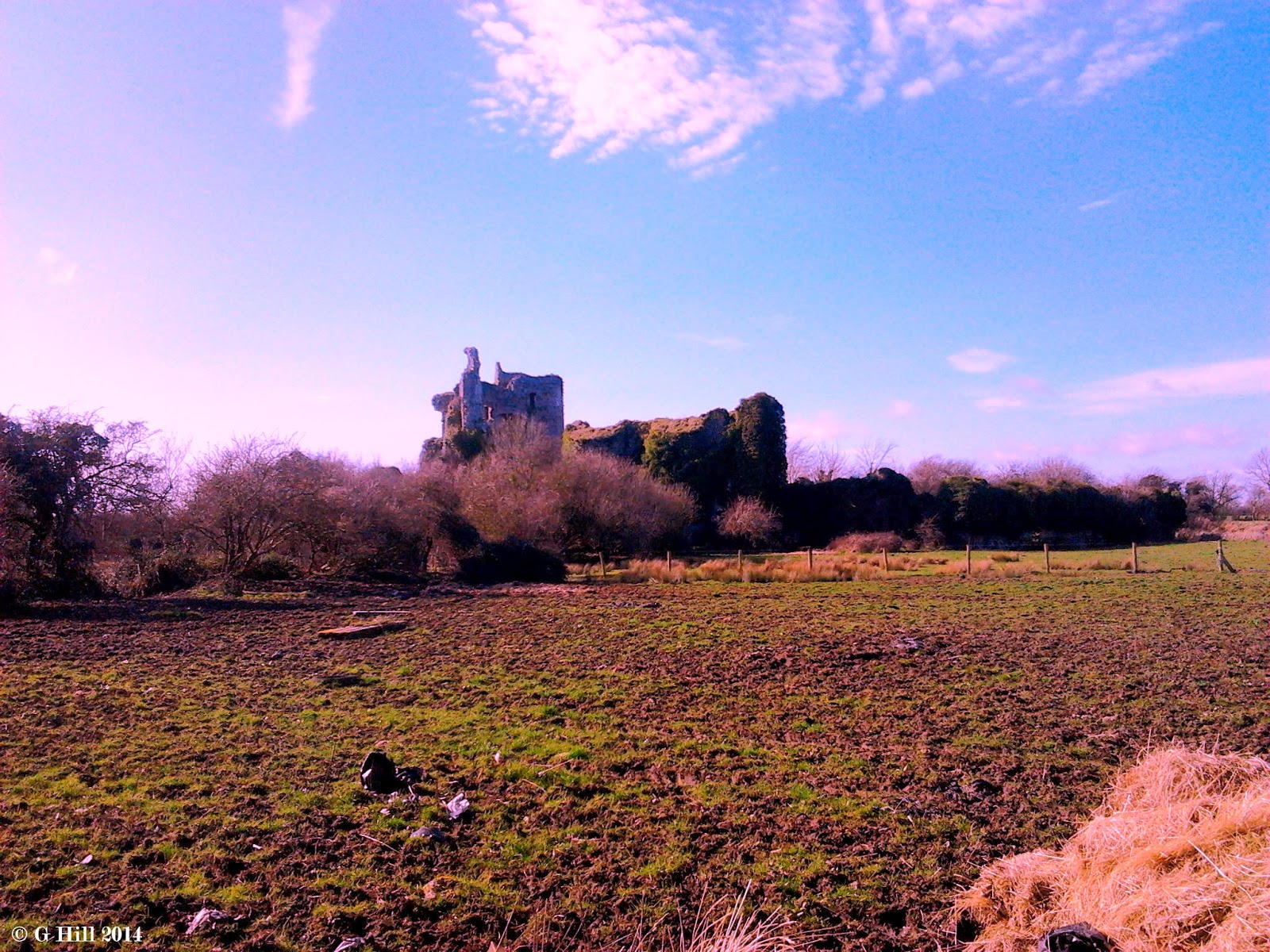 Lea Castle was a huge Keep fortified by four towers and defended by a portcullis gate. It was constructed by William DeVesey in 1260 on the South bank of the River Barrow on elevated ground. Throughout it's turbulent history it included many owners, the Fitzgeralds, the O'Kellys, the O'Dempseys and even the Earl of Ormond. It was attacked and burned in 1294, 1315 (by Edward the Bruce) and again in 1346. By the 1640's rebellion was in progress and the Confederate Catholics took occupation. In 1650 this ended when Cromwell's enforcer in Ireland Col. John Hewson destroyed the Castle with a massive amount of explosives leaving only one of it's four corner towers remaining. What also remains today are parts of the double towered gatehouse, a section of the keep and outer ward walls.
I passed this Castle about 20 years ago and remember that it was on private land. I couldn't get access then but I do remember spotting a figure sitting on an exposed ledge on the first level reading a book! So I reckoned there had to be a way of getting in. It didn't happen that day but now 20 years later we decided to take a trip out again and try our luck. This visit became what I could only term "an adventure in mud....."
As it happens the Castle is still on private farmland and a large locked gate through a farmyard down a narrow country lane offers the only direct access. There was no one in the yard and in the general vicinity there appears to be quite a lot of signs posted relating to a local gun club a police text alerts. With this in mind we sought out the location of the landowners house by enquiring at a house on the lane who directed us to the right person. I have to say the farmer was a very pleasant gentleman who had no quibble about us wanting to see the Castle but advised us that boots were essential as there was mud....a lot of mud. The Castle is situated beside the Barrow river and I don't know if it is the river or the constant use of the surrounding fields for cattle that has contributed in making the approach to the ruins such a quagmire. Anyway having traversed the tall gate and tramped through the mud, nearly losing a boot at one stage, we followed the farmer's directions across a field and through a broken section of a barbed wire fence. Once you reach the ruins the land is drier and easy enough to walk on.
These are really great ruins. There are so many nooks and crannies to explore and you can even walk down to the river and take a look back up at the Castle and see how imposing and strategically placed it would have been.
Within the walls there is a really worn set of stone steps that bring you up onto I might say a fairly dangerous viewpoint. Some sections of the steps have crumbled so a lot of due care is needed here especially when your boots are muddy and slippery. You can also find access to the vaulted basements which are quite creepy. The outer enclosure is clogged with overgrowth and some trees have melded with the walls but parts are still accessible.
The Farmer informed us that a local group are lobbying to have the Castle cleaned up and made accessible to the public. While I welcome this I would urge you to try and see the ruins in their raw state before any clean up begins. A trek through the many arches and damaged walls just oozes with history.
Within the ruins you can really see the destruction wreaked by Hewson and his explosives. This once fine fortress could never be the same again.
This was one of our favourite ruin hunts and I would certainly be going back again for another view.
To find Lea Castle take the Dublin to Limerick motorway and exit at junction 14. Cross over the motorway bridge to the other side and you will come to a T-Junction with the R445. Turn left and drive for approx. 4KM until you reach Monasterevin. Drive through the Town until you see a right hand turn at a tall stone Celtic cross. Turn right here and continue along this road (R424) for about 5KM until you reach junction with the R420. Turn right onto the R420 and drive for approx. 1KM and you will see a right turn posted for the L7176. You will spot the Castle in the distance. Turn right onto this narrow road and continue for approx. 500m until you will see a farmyard gate with a derelict house on your left. You can park on a grass verge just before the gate. It is best to seek permission before entry and this can be sought at the first bungalow on the right just past the entrance to the L7176 on the main R420 road.
Posted by Castlehunter at 14:03