The Ring Of Rath Co Wicklow 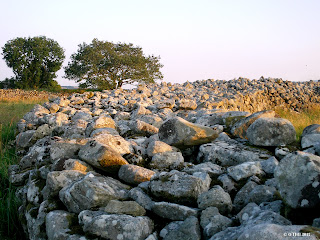 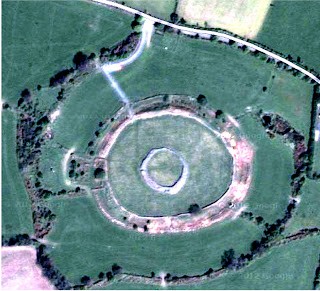 Above Image: Aerial view of the site.  © Google Maps 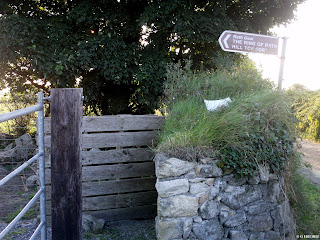 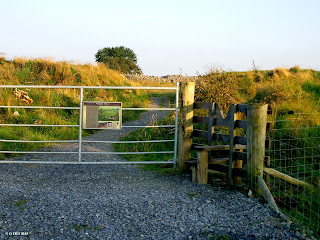 Above Image: The wooden stile
Below Image: The Ditch entrance (3rd Ring) 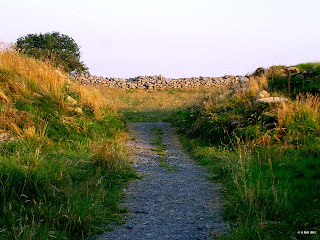 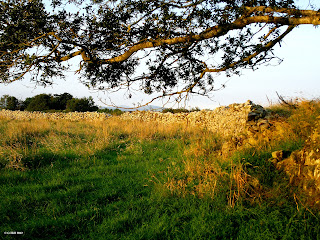 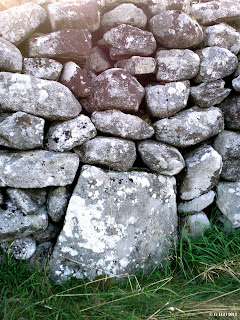 Above Image: Some of the stonework 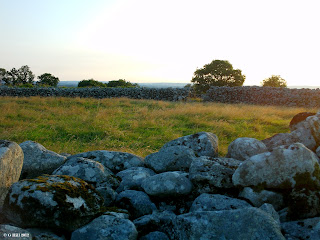 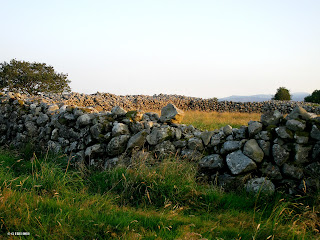 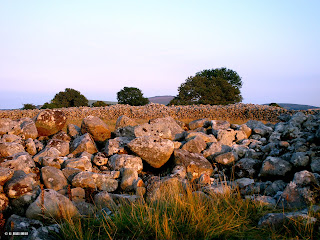 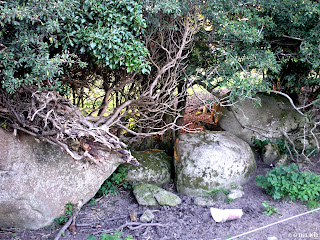 Above Image: Remnants of the 4th Ring on the perimeter 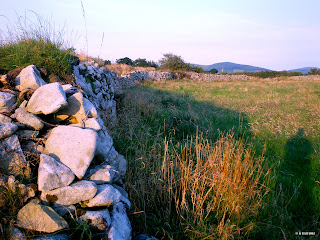 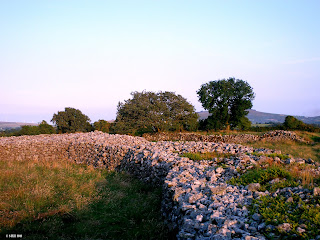 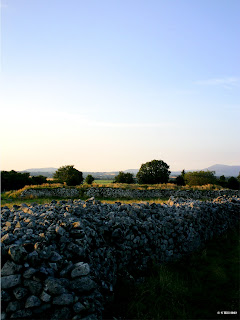 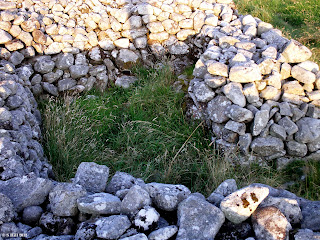 Above Image: One of the chambers seen from above 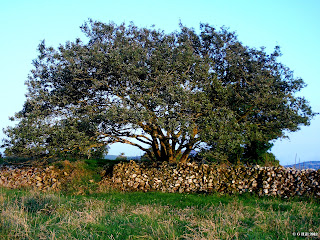 Above Image: The Fairy Tree

Situated east of Tullow and covering an area of approx. 18 acres is one of the most impressive stone hill forts in the country. It is called Rathgall but is known locally as The Ring of Rath. Comprising of four rings, the inner three being circular stone ramparts with the innermost constructed at a later date than the others, this site is just amazing to view.
Dated to the Bronze Age circa 800BC it was excavated in 1969 and a fair amount of artefact's were uncovered making this historically an extremely important site. Evidence of Bronze Age smelting and dwellings were also discovered. The innermost ring is thought to have been added in medieval times when the fort was still in use. It is believed to have been unoccupied for up to a thousand years after it's initial use and it is debated that it might be a possible site of the seat of the Kings of Leinster or indeed a burial site for same.
For such a large construction it is not really that visible from the road. Ariel views easily confirm it's actual size. The walls are surrounded by an outer ditch but access is granted by the landowner by way of a track that is perimetered by fencing. Care is required here as some of the fencing is electrified being that there are cattle in the adjacent fields. The fort itself is often used for grazing purposes.
We arrived on an early Autumn evening not really knowing what to expect but I can assure you that we would never have imagined just how extensive this fort is. Once through the entrance at the ditch, the walls inside stand  up to 6 feet high and in places 12 feet thick!. It is possible to climb up onto the top of the walls although they are somewhat ruinous with a lot of stones displaced but you can still circumnavigate, especially on the inner ring. From this vantage point you can take in the full extent of the innermost two rings and it is amazing to think that it stretches further still. The diameter of the inner ring alone is 45 feet and in a couple of places on this ring it appears that there were chambers of some sort in the walls.
Being Pre-Christian this would no doubt have been a very important site and there were probably many Pagan burials that took place here.
The fort has long been the subject of folklore, from tales of people staying the night there in an effort to increase fertility to tales of mysterious disappearances within the rings. There is a curious tree standing close to the south east edge of the 2nd ring that legend has it that it is a Fairy tree and these not altogether friendly mystical folk inhabited the fort during it's human unoccupancy. The tree it is said was never removed for fear of reprisals. This may sound preposterous but in early times long before electric light banished all rustic mystery, people lived in dread of these creatures fearing abduction or worse. I can still recall part of an old rhyme penned by William Allingham that goes:
"Up the airy mountain,
down the rushy glen,
we dare not go a hunting,
for fear of little men"
We spent a good hour enjoying the marvels of Rathgall and I would recommend taking your time to properly take in what it offers. After all, at an age of approx 2800 years it is nearly as old as the Egyptian pyramids.
As we were leaving the landowner appeared ushering a herd of young cows which he was attempting to lead to the fort to graze. He told us that due to recent bad weather the cows had been fed in a barn and so on this fine evening he wanted them to graze on the grass in the fort to increase protein, but he seemed to be having a difficult time getting them to go in. "Typical," he said as we passed " They wont go the way that you want them to, it's this place, there's Fairies in there you know....."
To find The Ring of Rath take the N81 to Tullow and in the town turn onto the R725 towards Gorey. Drive for approx. 2KM where you will come across a fork in the road. Head down the left hand road and drive for approx. 1KM. You will come across a wide gate to the right with the fort signposted. You can park at the gate and still allow access for the landowner should he need it.
Posted by Castlehunter at 12:42