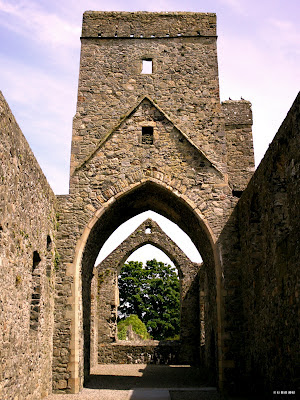 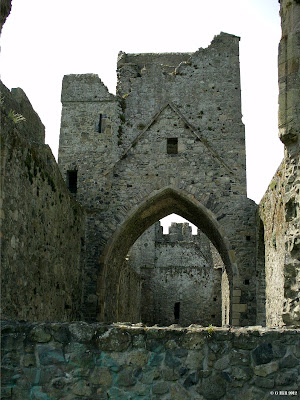 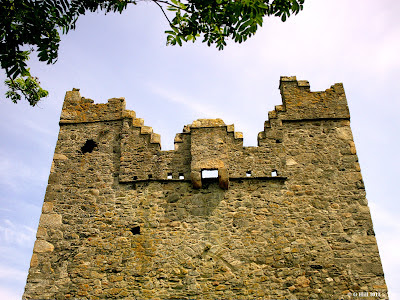 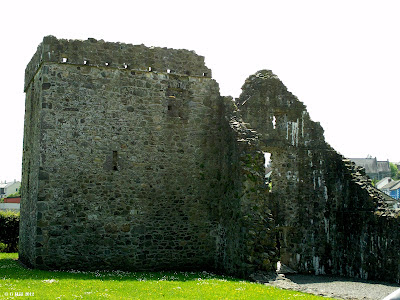 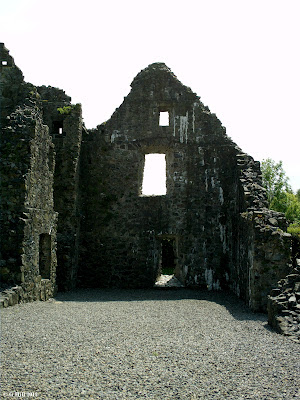 Above 2 Images: The adjacent ruin. Possibly a Mill House 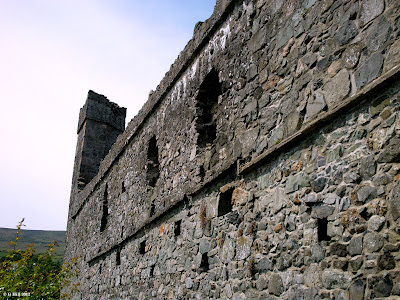 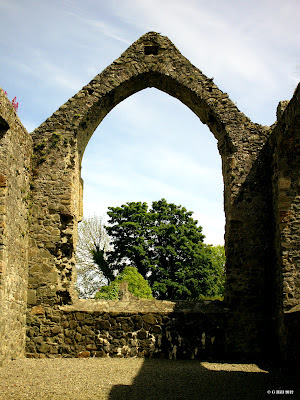 Above Image: The Eastern arched window 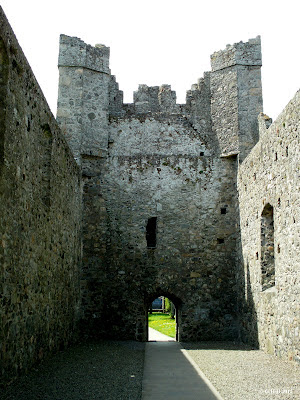 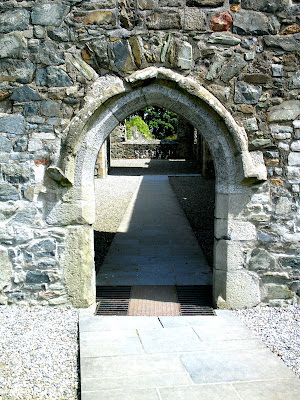 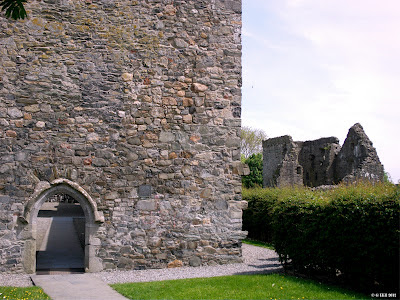 The picturesque town of Carlingford on the Cooley peninsula has many interesting structures to see including King John's Castle, Taafe's Castle, The Mint and The Thosel Gate. On the eastern end of the town you will find the ruins of the Dominican Abbey founded in 1305AD under the patronage of Richard De Burgo and dedicated to St. Malachy. It remained in use until it was dissolved under the suppression of Abbeys by Henry VIII in 1540. The Abbey went through further troubles when in the 1670's it found itself the subject of a struggle for repossession between the Dominicans and the Franciscans, the issue finally being resolved by Oliver Plunkett who deemed the Abbey to return to the Dominicans. Within a century they would abandon the Abbey and relocate the order to Dundalk.
While visiting King John's Castle on the Lough side we decided to also take a look at this Abbey as well. It is only a few minutes walk up through the town and it can be accessed at it's entrance on the corner of Dundalk Street and Abbey Court. What remains today are the nave, the chancel and the central belfry tower. Slightly south and adjacent to the Abbey are the ruins of what may have been domestic quarters or possibly a Mill house.
The Abbey with it's long narrow design has a fortified look about it. The entrance aspect on the western facing side resembles a Castle tower house and indeed there even appears to be a machiolation high above the doorway. This would allow the occupiers to cast rocks or boiling liquids down upon potential attackers.
The central tower is supported by a pointed archway which gives full view to the large arched window on the eastern facing side. The upkeep of the site is very good and the remaining walls seem solid enough to last another 700 years. The Abbey has a striking look about it inside and is frequently utilized as a backdrop in many local wedding photos.
Architecturally the ruins are very pleasing to the eye but unfortunately there are no nooks and crannies to explore. Nonetheless it is an impressive structure and worth seeing if you happen to be in the area.
To find Carlingford Abbey, take the R173 eastwards from the M1 at Dundalk and drive until you reach Carlingford. This road automatically becomes Dundalk Street in the town. Keep looking to your right and you will eventually come across the Abbey. Parking can sometimes be difficult in the town, we parked easily by the loch side and just walked up the short distance to the Abbey.
Posted by Castlehunter at 20:19