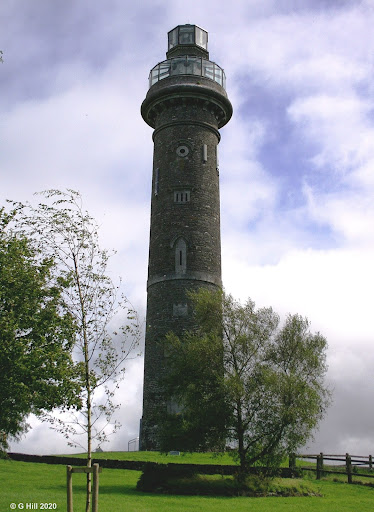 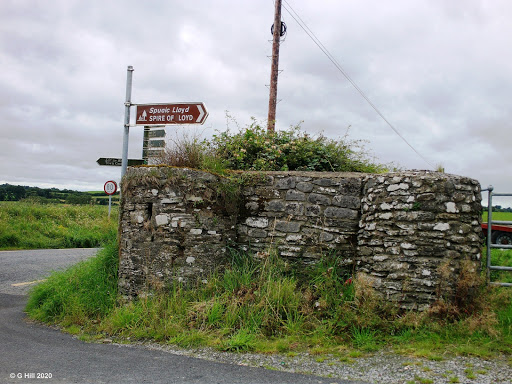 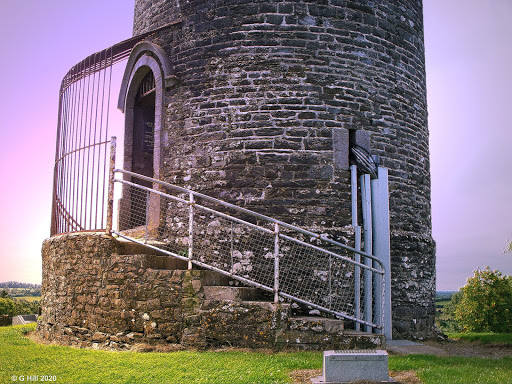 Above Image: Entry steps and doorway 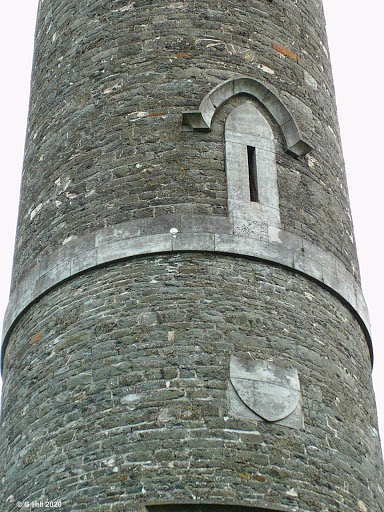 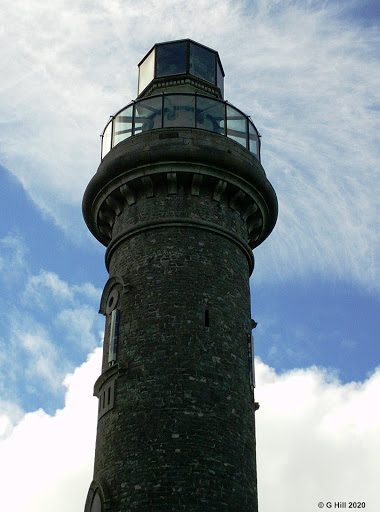 Above Image: The globe and covered walkway 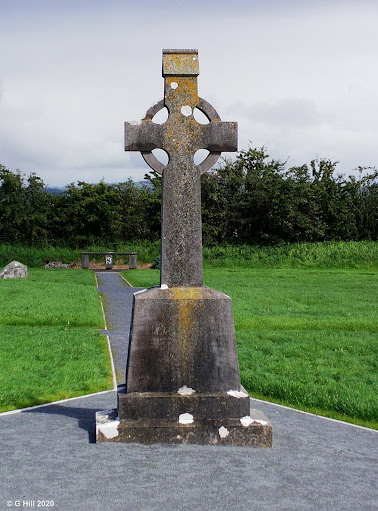 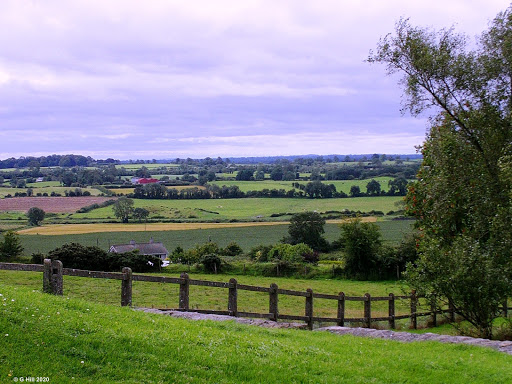 Above Image: A view of the surrounding countryside 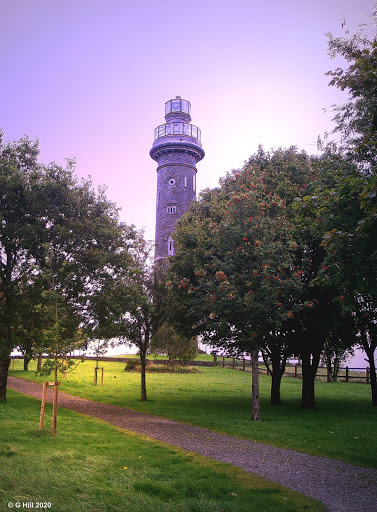 When out on ruin hunts we always like to take into consideration the many strange, odd, or unusual places  that we either stumble upon or find close to a site we intend to visit. This is one of them.

It is what has been described as Ireland's only inland lighthouse and that moniker in itself just sets my antennae going and so on a recent trip to the Kells area of County Meath we stopped off to have a look at this peculiar tower,

The Spire of Lloyd is named so as it sits atop the Hill of Lloyd a name derived from its ancient name of Mulloyde which is believed to have had an Iron age Hillfort upon it though its origins as an important historical site may date even further back in time. Historically the hill is also said to have hosted Edward the Bruce who following the battle of Kells in 1314 bivouacked here with his army. During the great famine many who had found themselves homeless as a result of the mass evictions that occurred in the years following the Poor laws took refuge on the hill. Those who died here were buried in a pauper's grave which is now adjacent to the spire and is commemorated by a memorial cross.

The spire itself is very impressive standing at approx 100 feet high and was constructed in 1791 not so much as a folly but to commemorate Lord Bective. It was commissioned by his son Thomas Taylour and the Architect was Henry Aaron Baker who was known for the "Bishop's Gate" arch in the city of Derry which was constructed in 1789. Initially the tower was used to view various country sports such as Horse racing and Fox hunting, its viewing platform affording a 360 degree panoramic view of the surrounding countryside. Above the walkway is a lantern which is encased in glass as is now the walkway which was once open to the air.

The viewing platform is accessible by a 164 step narrow spiral stairway.and has at times been open to the public usually in the Summer months but is currently inaccessible due to the covid pandemic, This hopefully will pass soon so we can venture upwards and enjoy the view.

This is a particularly bucolic spot and there is also a looped walk that you can take from here if climbing the spire hasn't exhausted you!