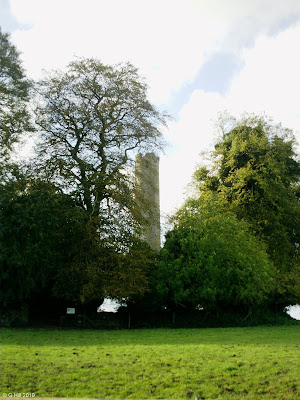 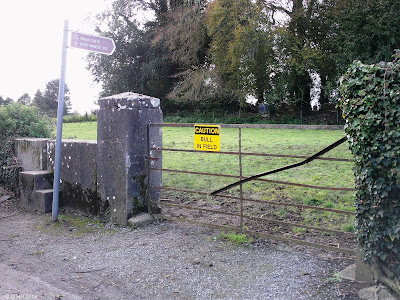 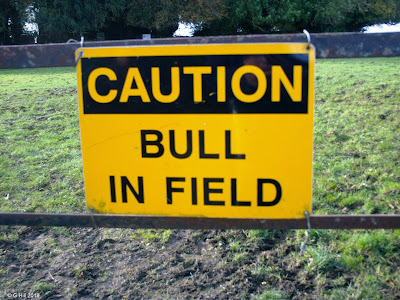 Above Image: A lot of bull? 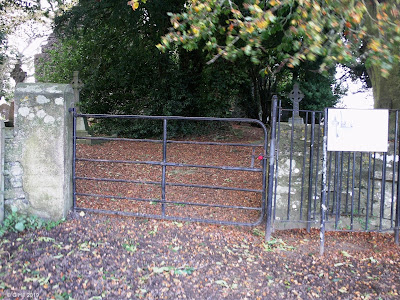 Above Image: The graveyard entrance 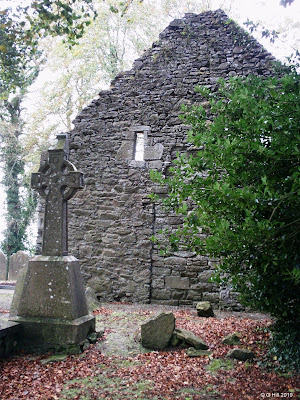 Above Image: East gable of church 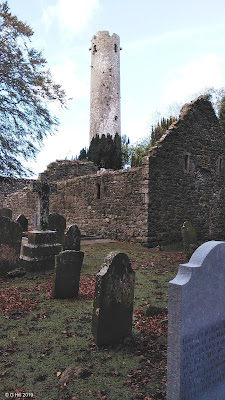 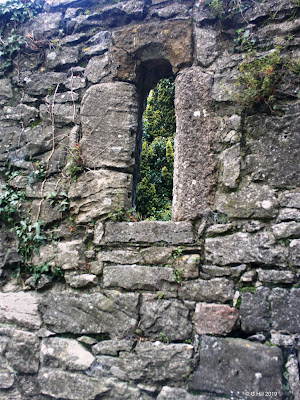 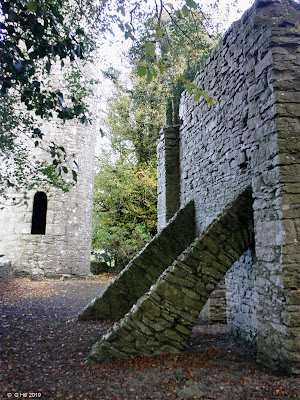 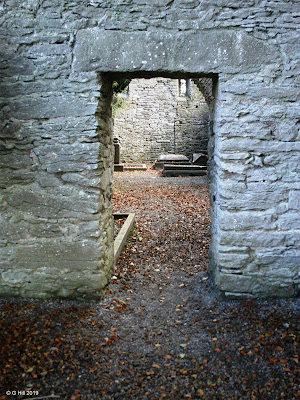 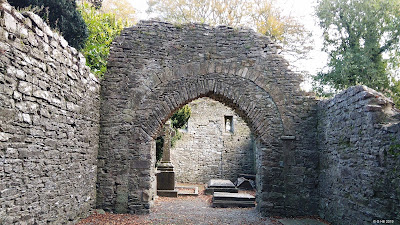 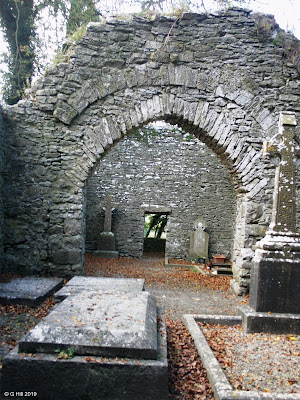 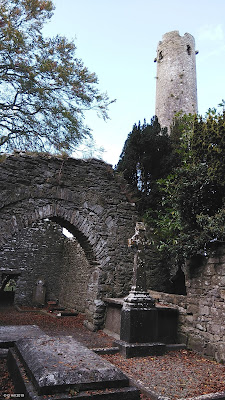 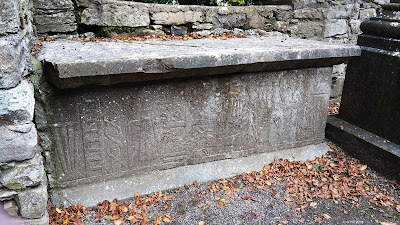 Above Image: The altar tomb 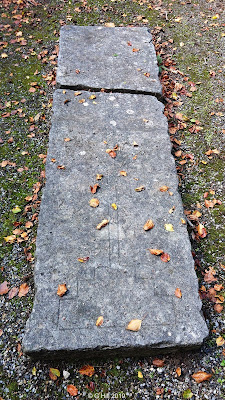 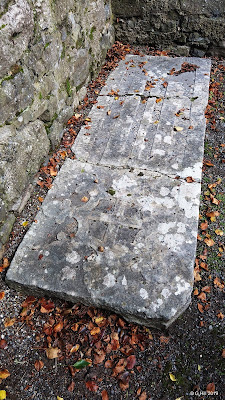 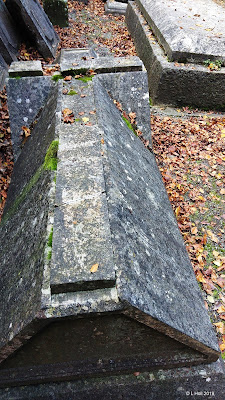 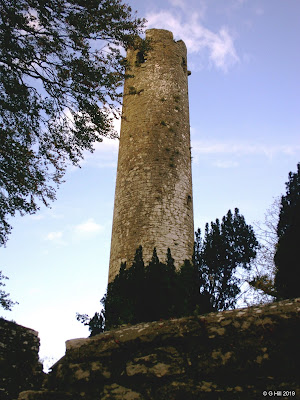 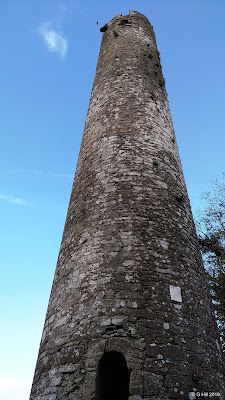 Above Image: The imposing round tower 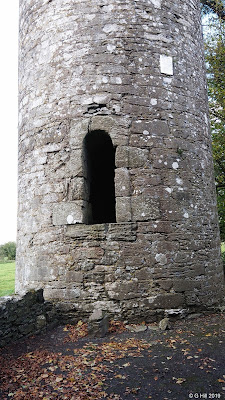 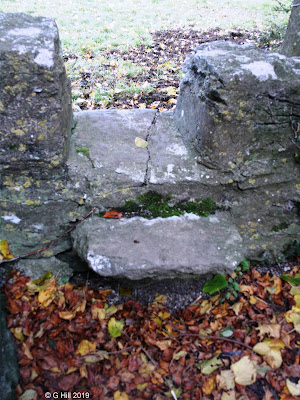 Above Image: The stile to the field cross 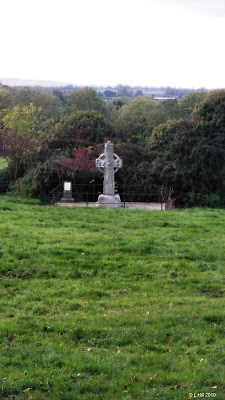 Above Image & Below 2 Images: The high cross 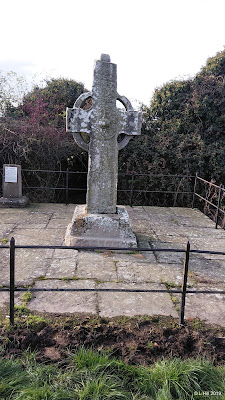 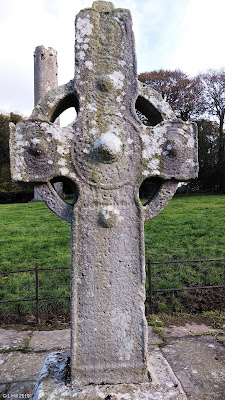 There are many atmospheric ruins spread throughout Ireland and this must count as one of the top ten. On approaching this site your attention is immediately drawn to the striking round tower jutting upwards from the treetops and you know at this point you are going to see something special.
The name Kilree one would assume comes from the Gaelic for Church (Kil) and King (Ri) but in fact it is named after the saint Rhuidche (pronounced Ree) so it is the church of Ree. The site is ancient and the 29m high round tower dates to the 10th century. It towers above the site with its conical cap missing and crenellations present instead, The doorway is unusually lower than normal at about 1.8m from the ground. There are no steps inside the tower as it originally consisted of wooden floors accessed by ladders and ropes. These apparently were still in existence until at least the mid 19th century. Today only the wild vines creep upwards inside.
The site as mentioned is ancient with a record of the O'Neill Northern high king of the Niall Caille drowning in the Kings river in 844AD and supposedly buried beneath the high cross adjacent to the site, The Medieval church dates to the 10th century with a chancel being added in the 12th century.
Kilree came under the control of the Augustinian priory of Kells in the mid 13th century. Kells is a really fine set of ruins not far from Kilree and was the subject of an earlier post to be found here.The church was disestablished in 1539 during the dissolution and has fallen into ruin since.
When we pulled up at the gate a family were leaving the site and I asked them was there any sign of the bull in the field as a large sign on the gate gave warning. They just laughed and said "Nothing but cows in there" I would imagine that the farmer although obliged to let the public access the graveyard  would probably still rather they didn't. At the time of visiting I was on crutches after an accident and the idea in my mind of me trying to outrun a bull while on sticks played out in my head 000like something from a Buster Keaton movie!
In the end there was no hide nor hair of a bull and even 0the main field gate was unlocked. A short 50/60 yard stroll took us to the gate of the enclosure and a pedestrian swing gate gives access.
I was struck immediately of the tranquility of the site. The ruins are surrounded by trees and the light streamed through them in a very pleasing way. A lot of the gravestones have Celtic type crosses on them lending even more antiquity to the general atmosphere here. It was so quiet, We had a good look around and found the church doorway in the West gable. Both the East and West gables have antae, which is where the side walls extend beyond the gables. The west gable is also supported by two buttresses which were placed here by the OPW in 1940 to prevent the collapse of the gable.
Within the church the nave and chancel are divided by an archway. It is quite noticeable that the original Romanesque style arch had been supported from collapse by a new arch built underneath.
There are a few interesting grave slabs to view here but the most interesting feature is the altar tomb belonging the Richard Comerford' Baron of Danganmore and his wife Johanna St Leger. The only date visible is that of Johanna's death in 1622. No matter where you are in the church I noticed that the round tower outside looms above it.
If you leave the church and go around the base of the round tower to the side opposite the tower doorway you will find a stile in the wall which leads to a field where you will find the Kilree high cross. The cross is about 50 yards from the tower but beware the field can be a bit mucky due to the movement of cattle therein.
The cross now worn by the weather still has some interesting designs to see. It dates to the 9th century and stands approx 2.75m high. It is missing a former capstone but is still a great example of its type. I wonder if Niall Caille's remains are actually buried beneath?
The site is really worth making a visit to and is accessible all year round, While in the area you could also visit nearby Kells and make a day of it,
To find the Kilree ruins take the M9 motorway and exit at junction 9 for the N10 to Kilkenny. Once on the N10 take the first left hand turn which is signposted for the L4200 to Callan. Drive for approx 1.7KM until you reach a crossroads with the R697. Turn left here and drive 5KM until you enter Kells. When in the village you will see a pub called "Shirley's" on your right. Take the left hand turn just past this pub and drive for approx 450m until you see a right hand turn opposite the car park for Kells priory. Turn right onto this road and drive for approx 2KM and you will spot the round tower on your right. You can park by the roadside opposite the field gate entrance. Beware of the bull!