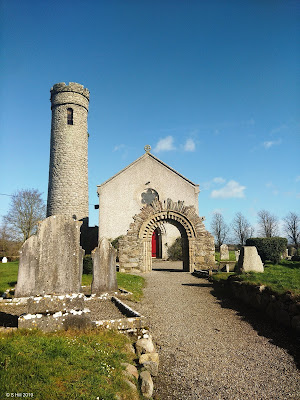 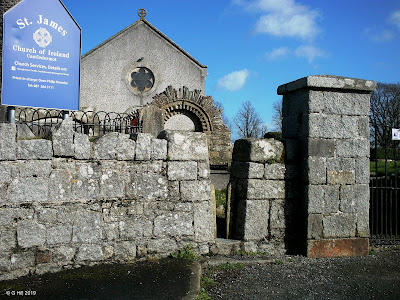 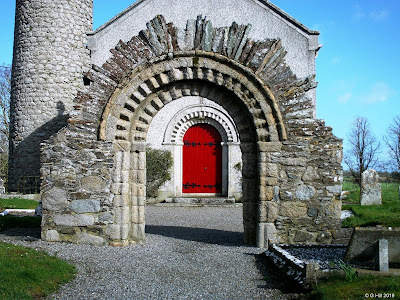 Above Image: The Romanesque arch 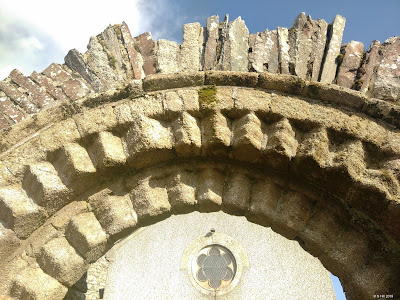 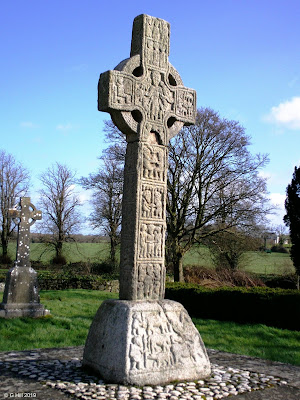 Above Image: The Southern cross 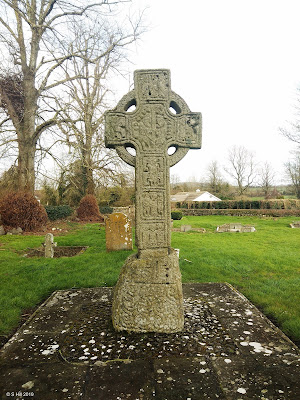 Above Image: The Northern cross 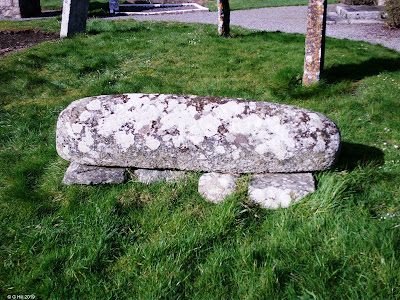 Above & Below Image: The hogback grave 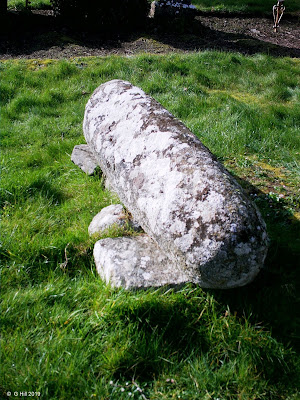 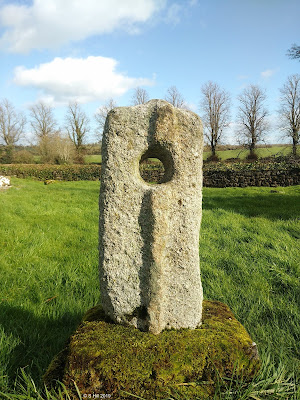 Above & Below Image: The swearing stone 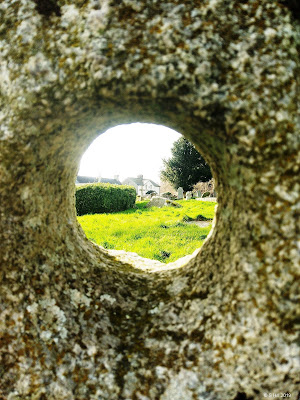 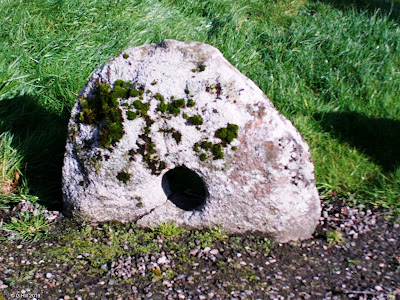 Above Image: Second smaller marker with a hole 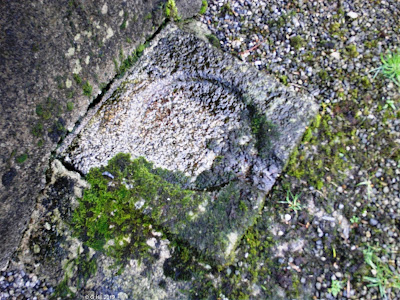 Above Image: Possible part of a font? 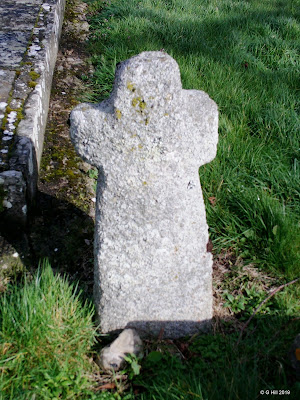 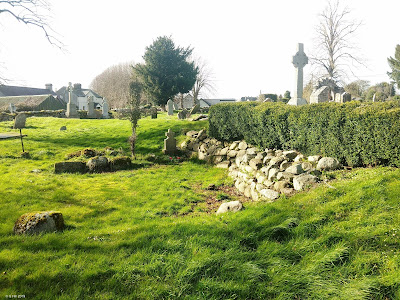 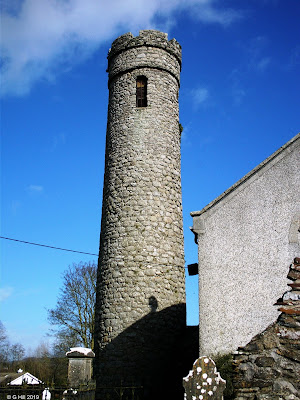 Above & below Image: The round tower 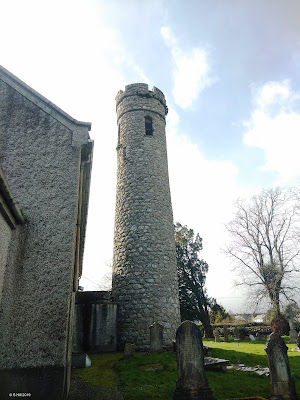 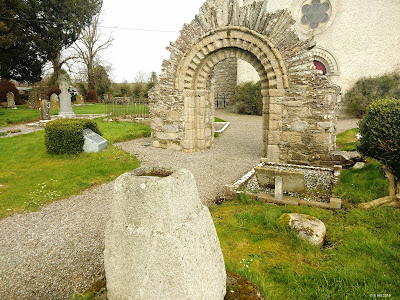 Above & Below Image: Unusual font 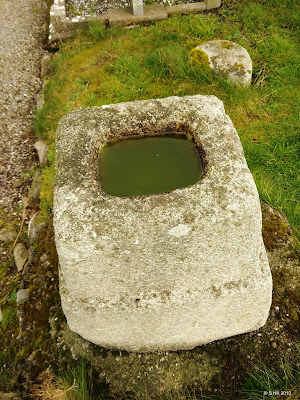 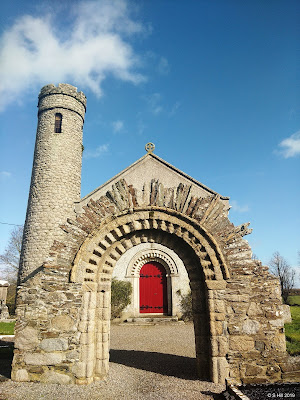 This is a very interesting site located on a back lane in the village of Castledermot.This was once a self contained monastic site originally founded in 812 A.D.and it still contains some ancient remnants.
The 10th century round tower now has a castellated top instead of its original conical one, It stands approx 65 feet high and unusual for a round tower has its doorway only slightly above ground level.
It stands adjacent to the more modern Church of St. James which itself incorporated some of the masonry from the original medieval church.
Within the grounds are two of the original high crosses dating from the 9th century one on the North side of the church, the other on the South side. To my eyes the Southern cross is the more decorative of the two and stands at approx 6 feet high.
We visited this site on a bright sunny day and it was a pleasure to stroll around the grounds. Access to the grounds is by way of a quite narrow stile and I found it a bit of a squeeze, The gates remain locked so it was really the only way in,
Apart from all of the above there are several other interesting and unusual things to see,
Just South of and adjacent to the Southern cross is a hogback grave stone, This is the only one of its type in the country and is said to resemble the shape of not only a hogs back but a Viking long hall,
Just North of the Southern cross is a gravestone with a hole in it. There is a larger one East of the Southern cross which is locally known as the "swearing stone" and it said bargains were struck by both parties shaking hands through the hole.
The graveyard appears to be littered with various unusual stones and an interesting font located near the fine Romanesque arch which was a doorway to the medieval church.
We spent quite a while here wandering around and were not disturbed by anyone. If you visit you are likely to have the place to yourself.
At the other end of the village are the ruins of the old Abbey (see earlier post here) which you could incorporate in your visit,
To find the monastic site and its ruins take the M9 motorway and exit at junction 3 and take the R747 heading East, Drive for approx 2KM until you reach a T-junction with the R448. Turn right onto the R448 and continue on this road for approx 11KM until you enter Castledermot. Look for Doyle's pub on your left and take the left hand side lane way just beside it. This is called Church Lane, You will find the site about halfway down on your left. There is room to park at the graveyard wall.