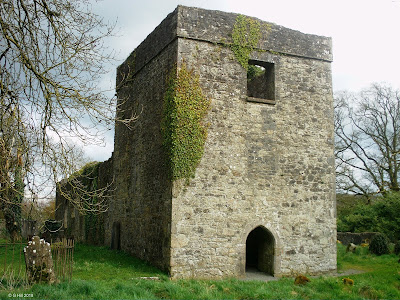 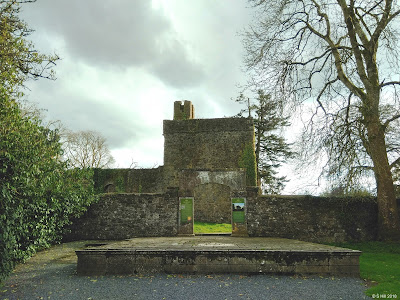 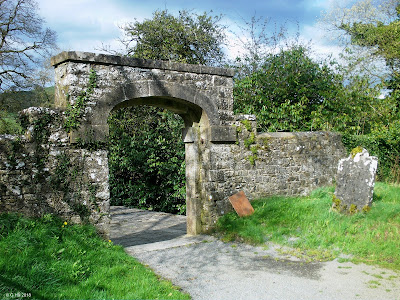 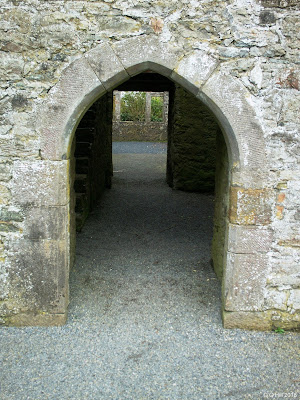 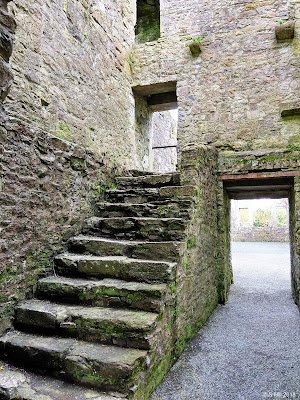 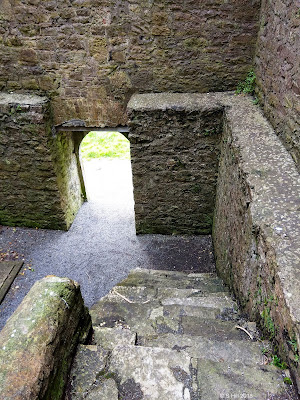 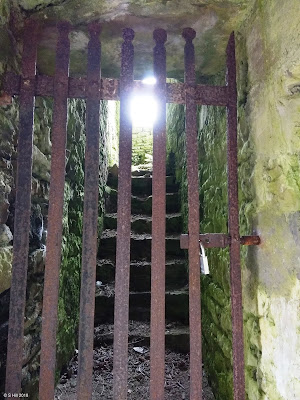 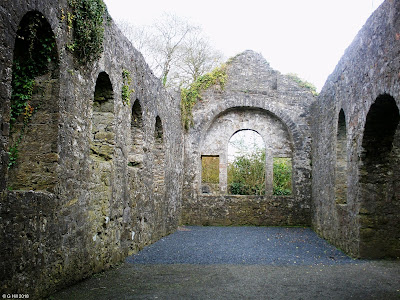 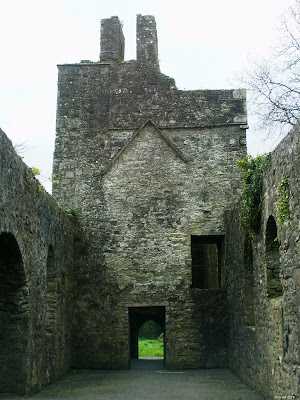 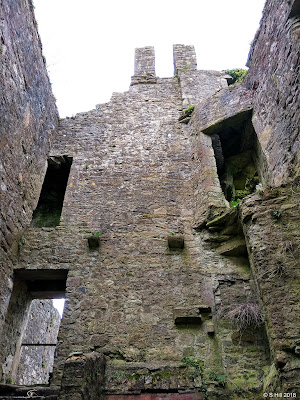 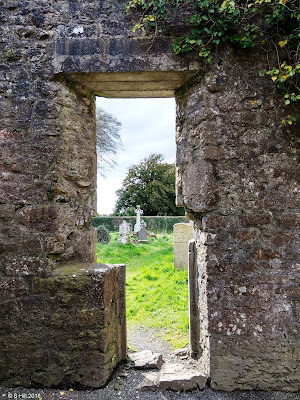 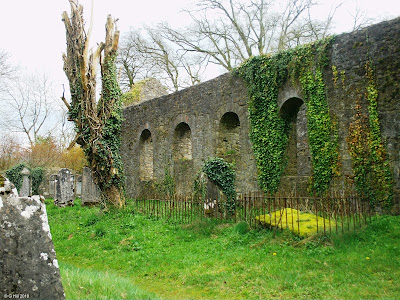 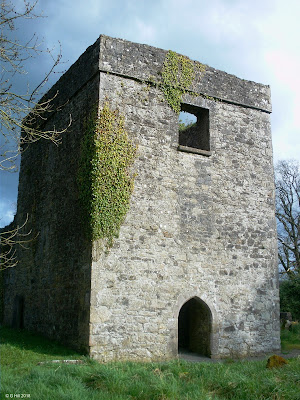 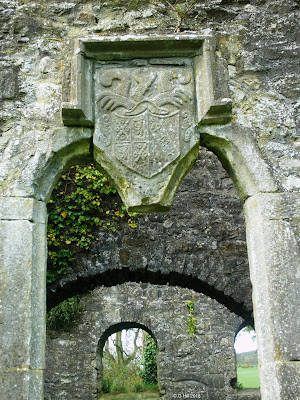 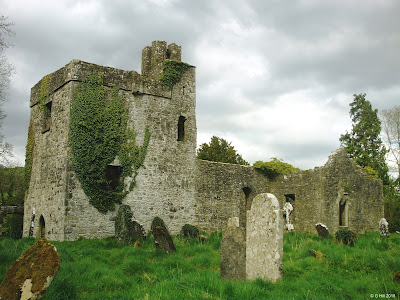 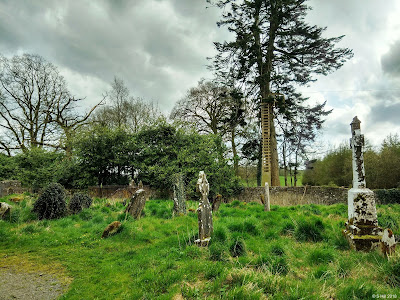 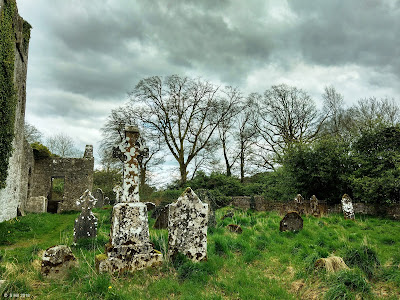 This sturdy church with fortified tower house is thought to have been constructed circa 1520 by Christopher Plunkett. Indeed Oliver Plunkett who was later canonised was born here in 1625 as the family dwelling was the tower house. The Plunkett's remained in possession until the 1650's when the lands were given to the Napers. Over the window of the Southern transept there is an armorial crest which bears some semblance to that of the Napers and possibly the Barnwalls. The church remained in use until the 1830's by the Church of Ireland and following that subsequently fell into ruin.
This is a striking structure and is located within the grounds of the Loughcrew gardens & adventure centre. We were given access through the cafe by the very genial lady running it. It was late April and very quiet with no other visitors at the ruin.Access is through a very fine arched. entrance gate The church and very sturdy three storey tower are surrounded by a very ancient walled graveyard. Some stones here are now completely illegible. The entrance door leads you through the shell of the tower. There are stone steps leading up but the second set are sadly blocked by a locked gate, Even so from this vantage point on top of the first set of steps you can look down into the undivided nave and chancel.
There is a lot of historical aspects to Loughcrew which I will cover later but this unusual ruin with its interesting history is tucked away and is really worth your time checking it out. You can even have some refreshments later in the cosy cafe.
To find the ruin take the junction 9 exit from the M3 for Delvin. On exiting, take the N51 towards Athboy. When you reach Athboy take the right hand turn half way up the town signposted for the R154 to Oldcastle. Keep to this road until you pass through the crossroads in Crossakiel and approx 3.5KM out of the village you will reach a T-junction. Turn left here following the sign for Oldcastle.
Drive for another 2KM until you see a left hand turn for the L2800. Approx 4.5KM along this road you will find the cafe & gardens on your left ( It's just past a porticoed lodge on the right).
Posted by Castlehunter at 16:52