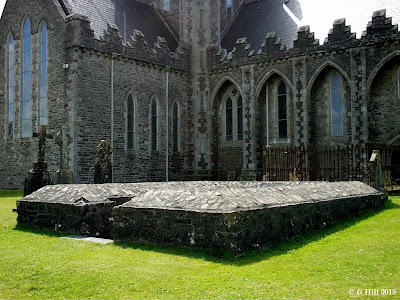 Above Image: The fire temple foundations with Cathedral in backround 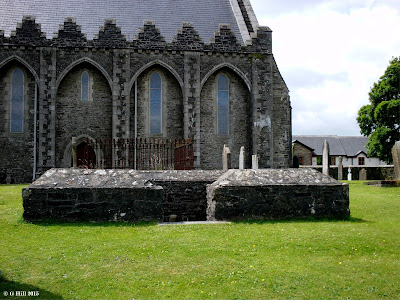 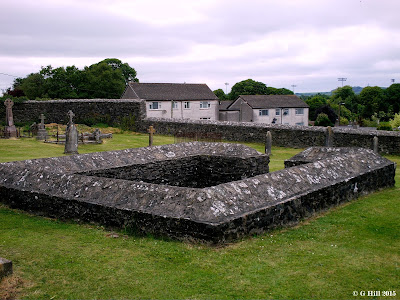 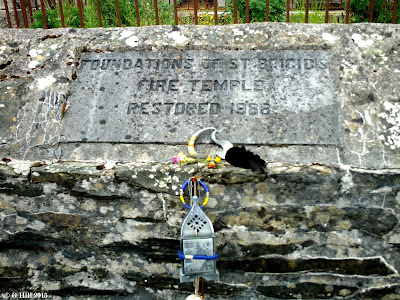 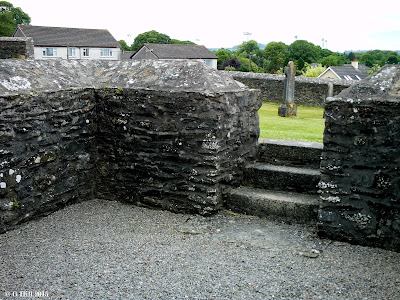 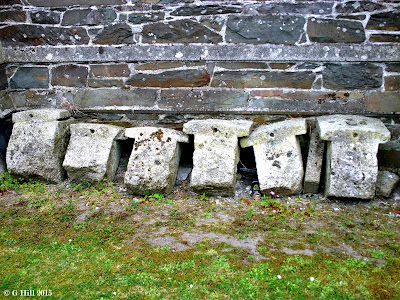 Above Image & Below 2 Images: Remnants from the old Abbey 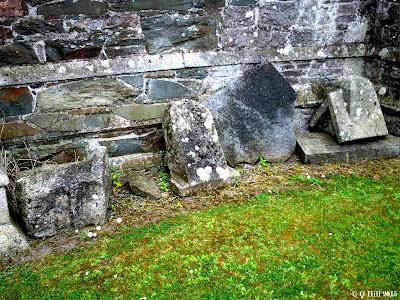 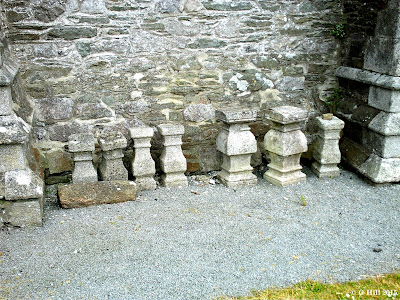 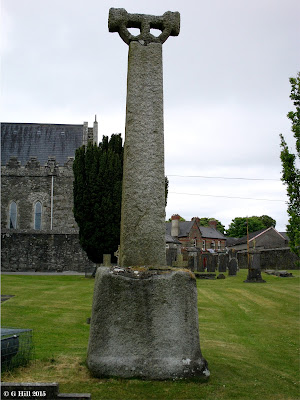 Above Image: The Celtic cross 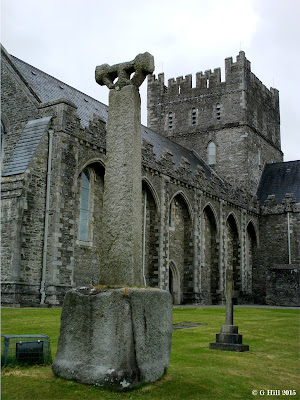 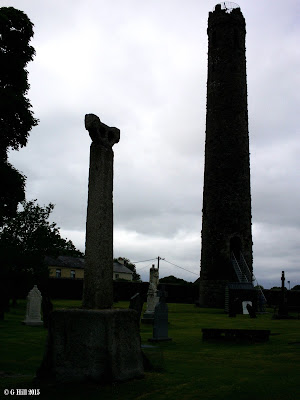 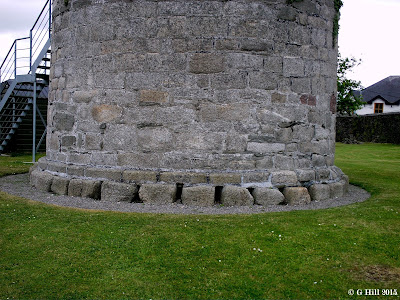 Above Image: Base of the round tower 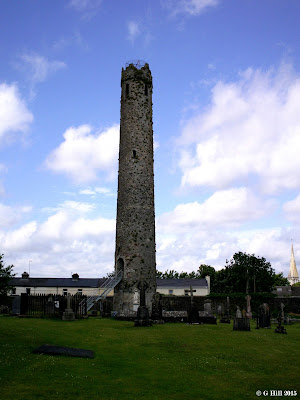 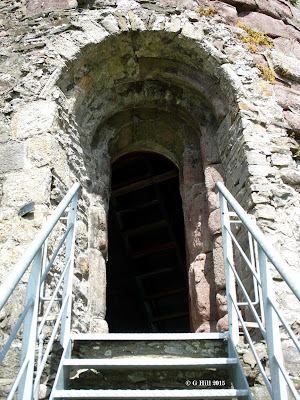 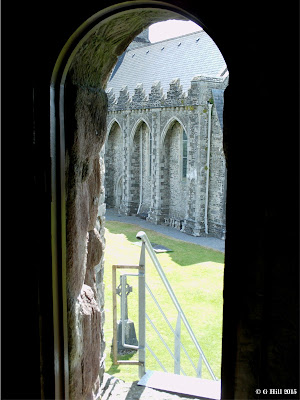 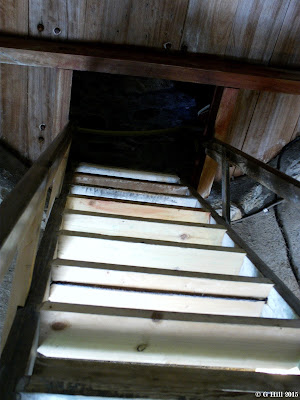 Above Image: The first ladder 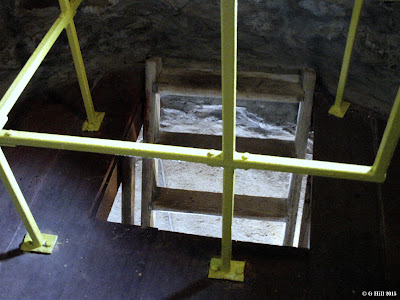 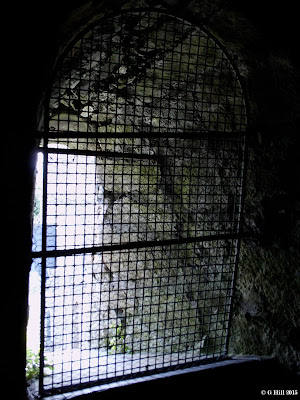 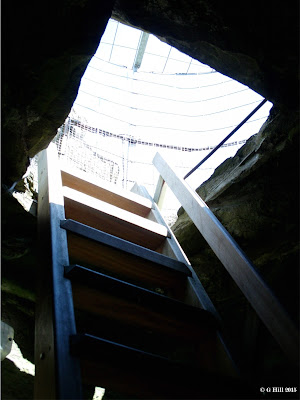 Above Image: The top ladder 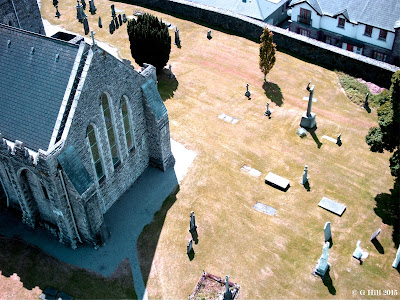 Above Image: View from the tower to the Celtic cross and cathedral 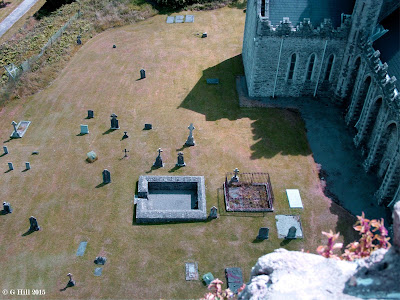 Above Image: Aerial view of the fire temple 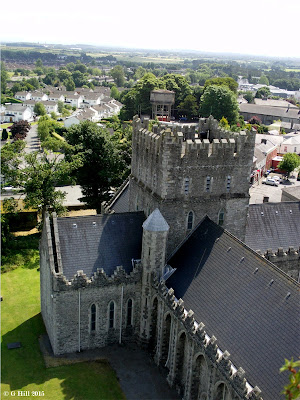 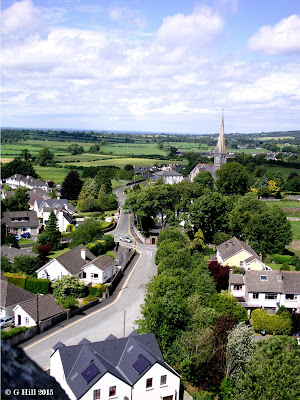 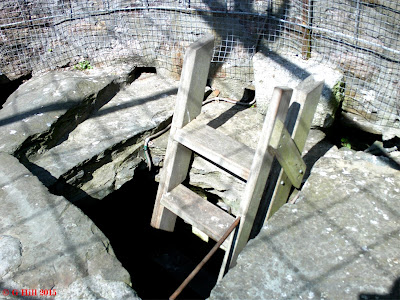 Above Image:Top of the tower. Some remnants of possible stone stairs
on top of the gap 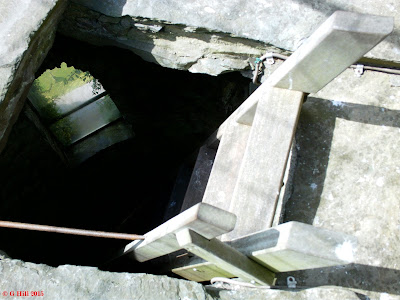 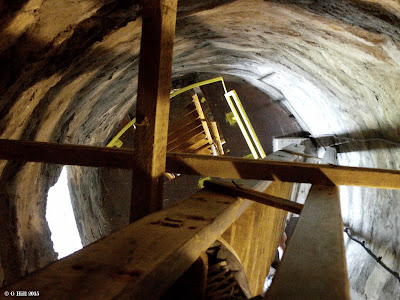 Above Image: View downwards from a ladder 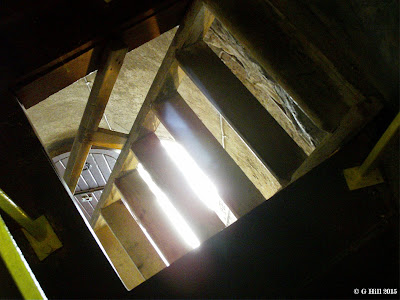 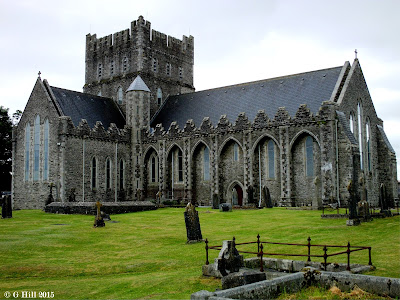 Above Image: The magnificent Cathedral


In Irish mythology St Brigid who was part of the legendary Tuatha De Danann was said to keep an eternal flame alight in a purpose built temple. This flame was continued on through the centuries throughout the spread of Christianity. It is recorded by Gerald of Wales in the 12th century on a visit to Kildare that the flame was still alight being protected by a Brigidine order. Finally at the time of the reformation after more than a thousand years the fire was extinguished. The culprit is not completely certain but it may have been on the order of the Archbishop George Browne who was appointed by King Henry to Dublin. The fire was relit by the Brigidine order in 1993 and is now located at the Solas Bhride Centre.
The Fire temple was situated at the ancient pagan and later Christian site founded by St Brigid in the 5th century which now facilitates the magnificent St Brigid’s Cathedral which is constructed on the site of the original Abbey that was built in 1223 but lay in ruins by the 18th century. The magnificent new Cathedral was constructed  in the 19th century.  A print from 1783 shows the old Abbey ruins and what appears to be the fire temple alongside. At this point its gables were still standing. The foundations of what are thought to be the temple were restored in 1988 and they stand approx. 20 inches from the ground. The shape is rectangular and a small set of steps lead into the enclosure which is now treated like a shrine with various items left by people somewhat in the manner of the Rag trees scattered across the country at holy wells.
Also on site is a large Celtic cross with the top half of the circular part missing. This ancient cross stands 9 feet tall but has not been dated. It certainly would have been part of the original Abbey and perhaps long before. There are also various stone remnants from the old Abbey placed around the outside of the cathedral.
The most prominent feature at this site has to be the 12th century round tower. It is the second highest in Ireland the highest being at Kilmacduagh Co Galway (see earlier post here) The difference in the Kildare tower is that you can actually climb up inside it to the top. The only other tower in the Republic of Ireland that can be climbed is in Kilkenny but Kildare’s is  taller standing at 108 feet. A nominal fee (€4) is charged for entry and you ascend first to the entrance door on a set of metal stairs and then up through the tower by way of six sets of wooden ladders between wooden platforms. Daunting as this seems the Victorian ladders are quite solid and at a slight angle make the climb a little easier. Hand rails are present on each level to assist you stepping up. As you reach the last ladder you will see that the walls taper in a bit making it seem a little tight. On our visit there was a strong breeze blowing and this was really evident as we stepped out at the top. A wire cage has been constructed for safety but in no way inhibits the amazing views to be seen including an aerial view of the fire temple. Along the way you pass the bell floor which in this case has five windows where normally in round towers there are only four. The top of the tower is also unusual as its cone is missing being replaced with castellations. The floor is of stone and is a little uneven so care is needed. Descending took a little more time having to step back on the ladder with no guard rail to grip onto but really it was easy enough after that. There are 130 steps in all and the affable guide in the small hut at the base of the tower regaled us with stories of the people who had climbed it including a Canadian fireman who ran up the tower in just 50 seconds!
To find the fire temple and round tower take the junction 13 exit of the M7 for Kildare town. Cross over the motorway bridge and go straight through the roundabout on the other side and then again straight through the next roundabout at the Kildare village outlet. You will then reach a T-Junction. Turn right and follow this road into town. When you reach a set of traffic lights at a junction with Claregate St. with a large Boyle Sports building on your left, turn left here. You will see a parking area on your left. Park here and follow the line of shops behind the car park to the right passing Hartes Bar & Grill and this will lead you directly to the gates of the Cathedral.