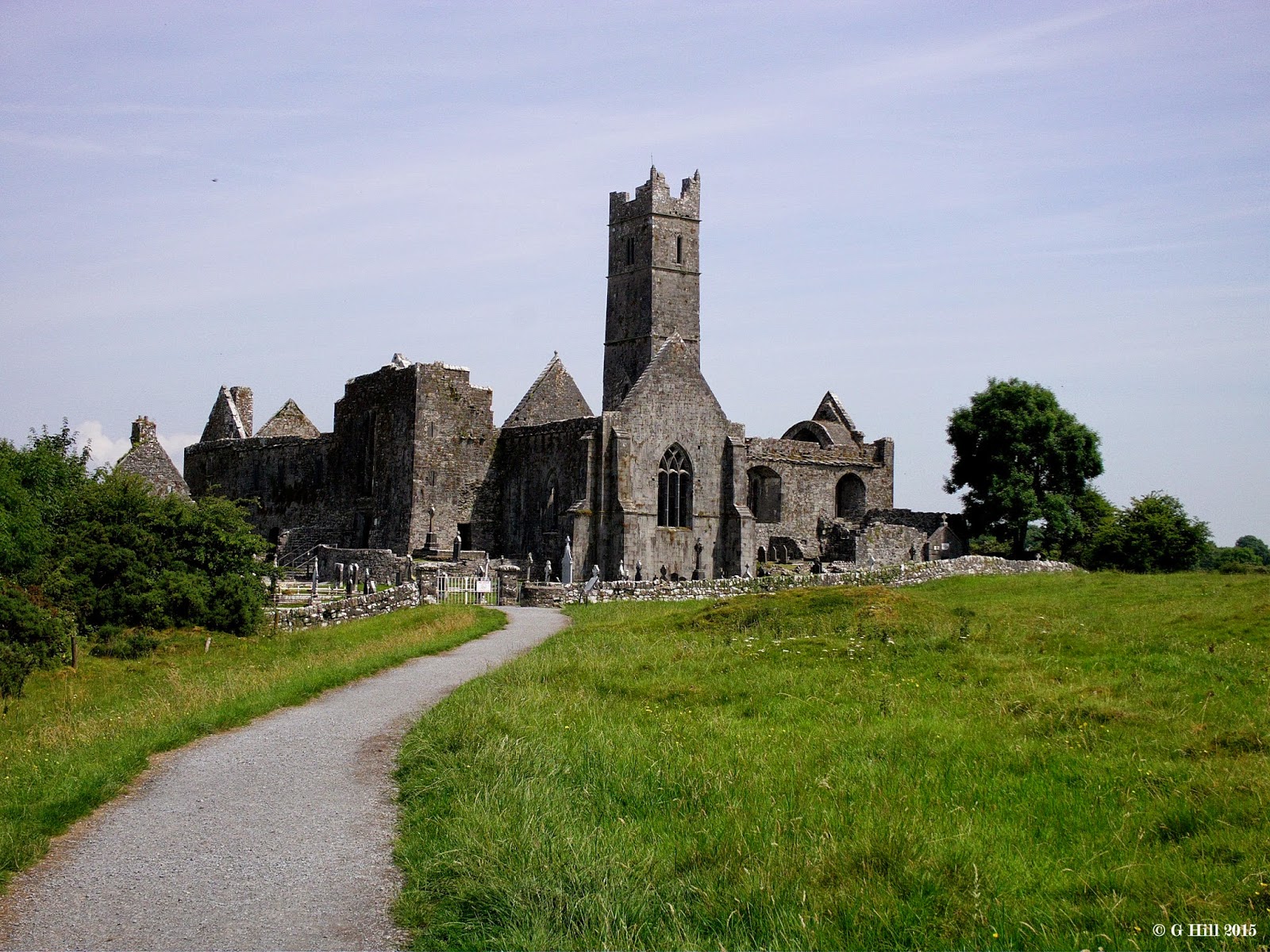 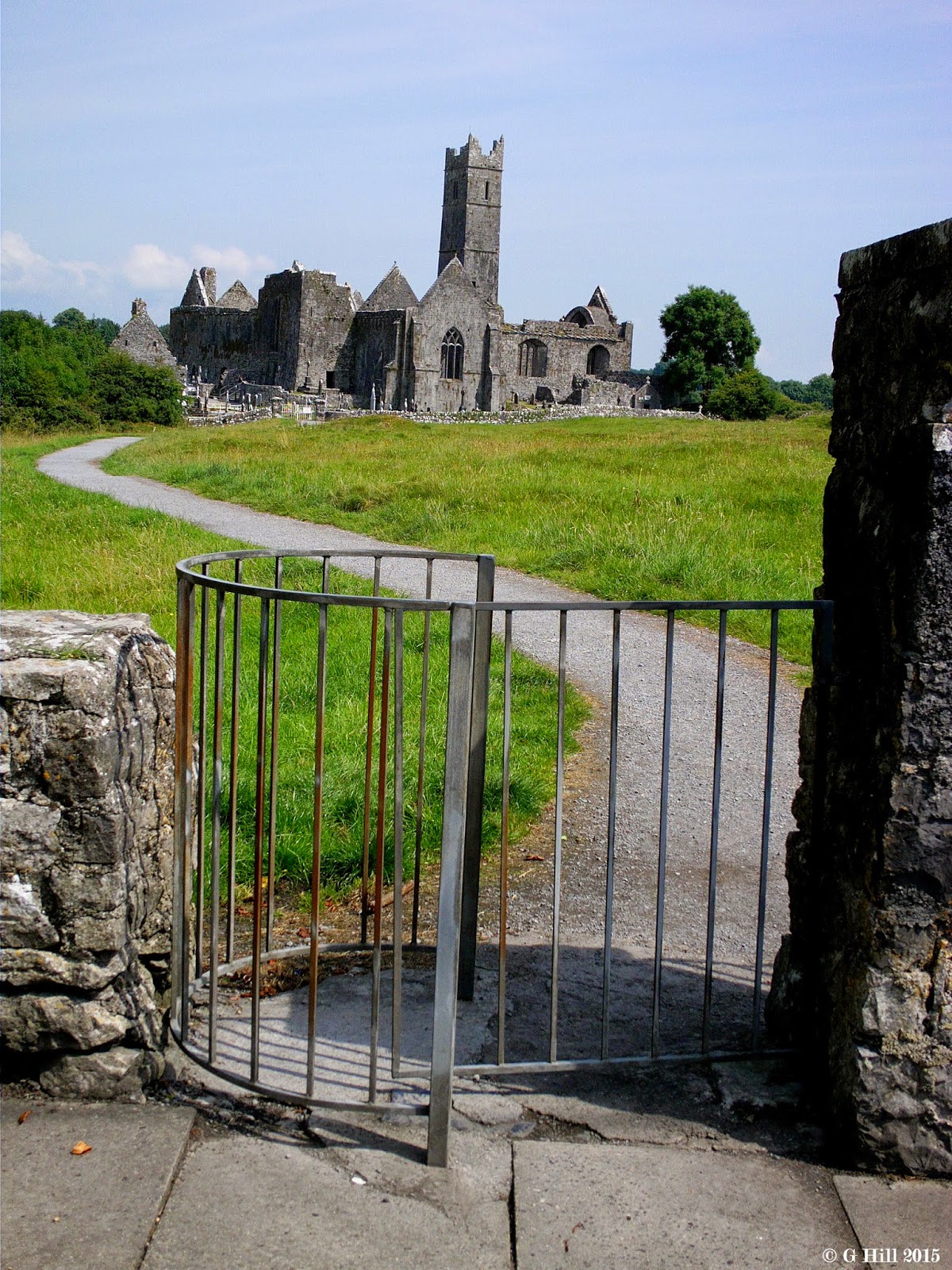 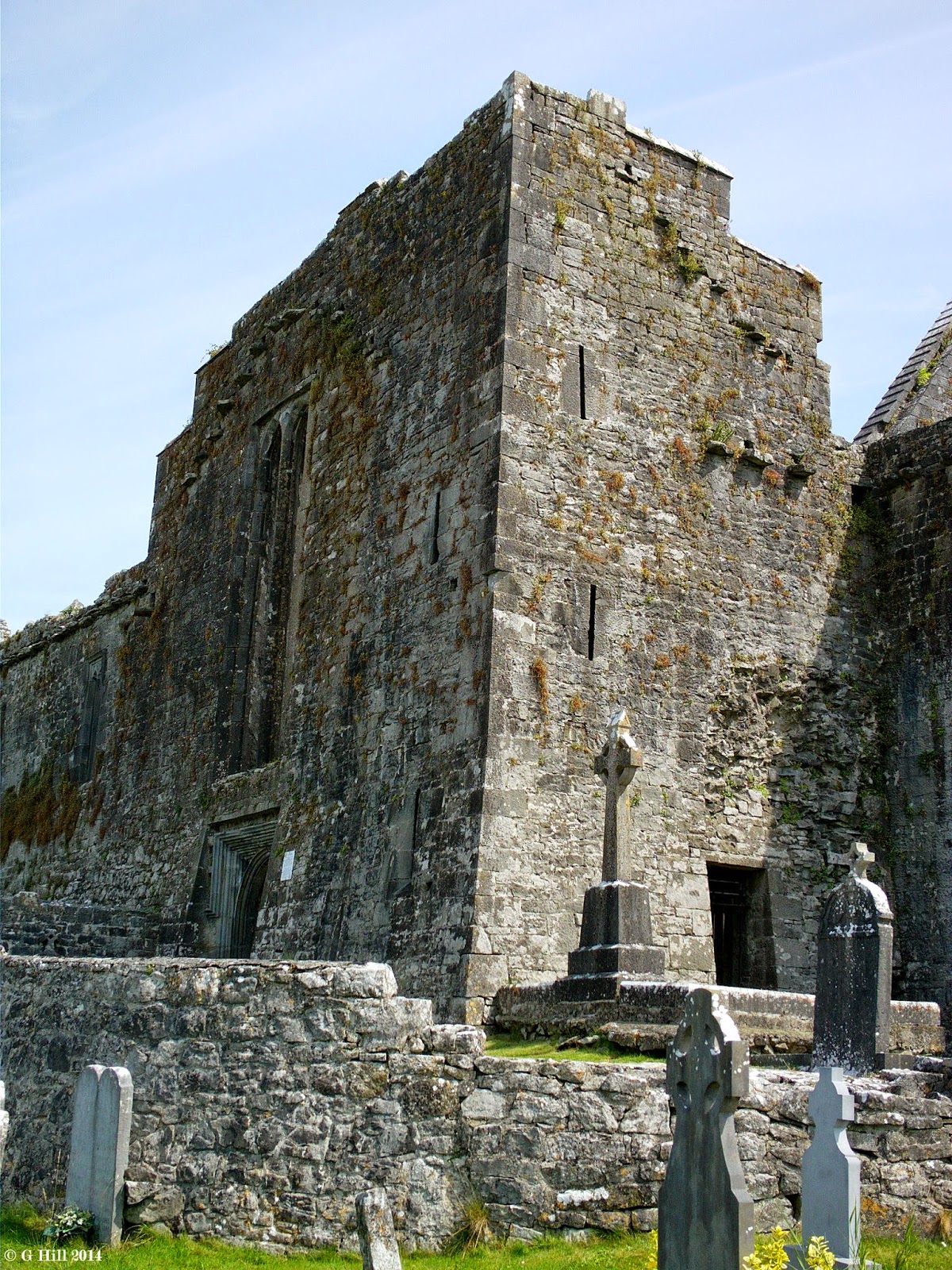 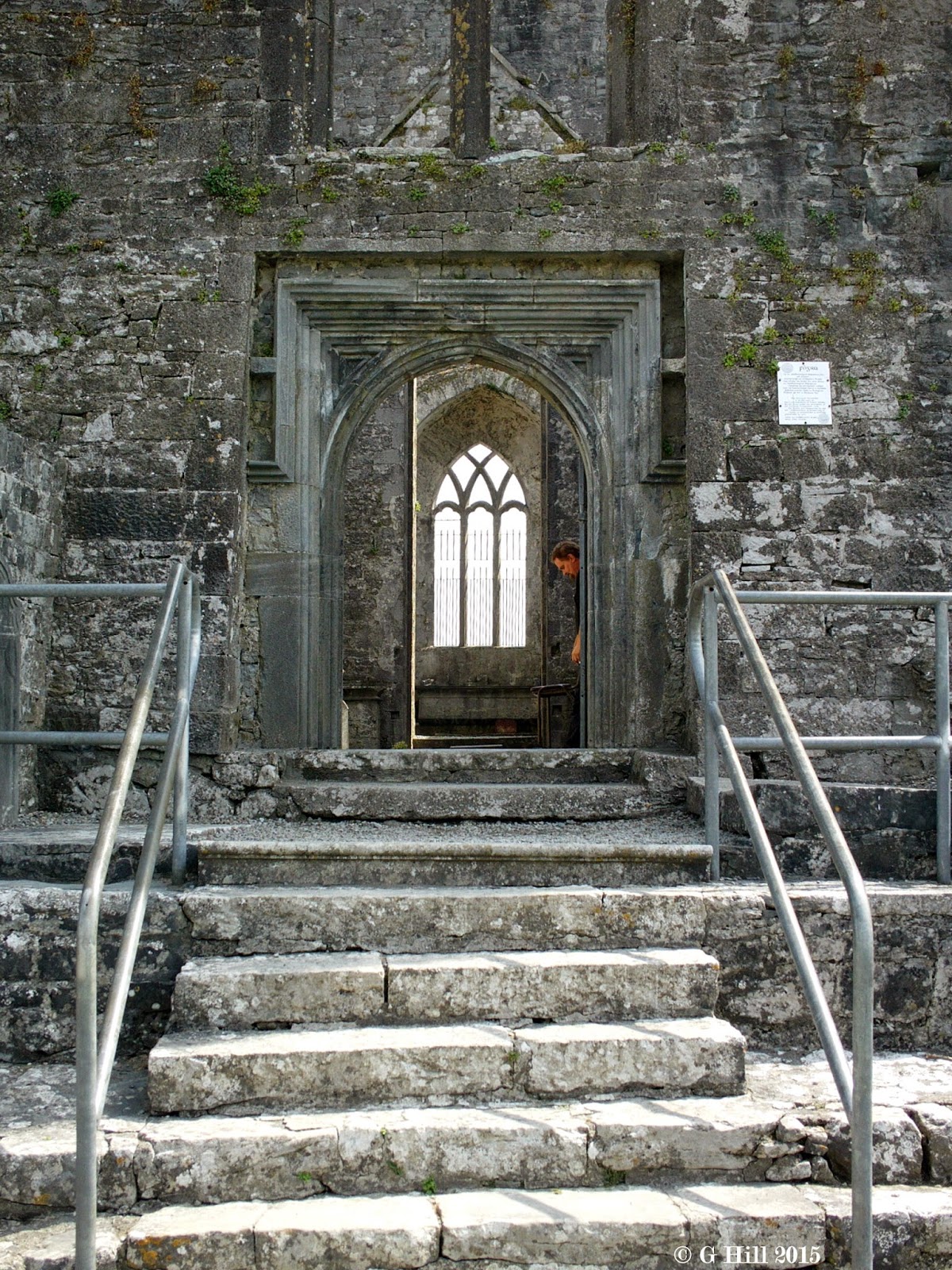 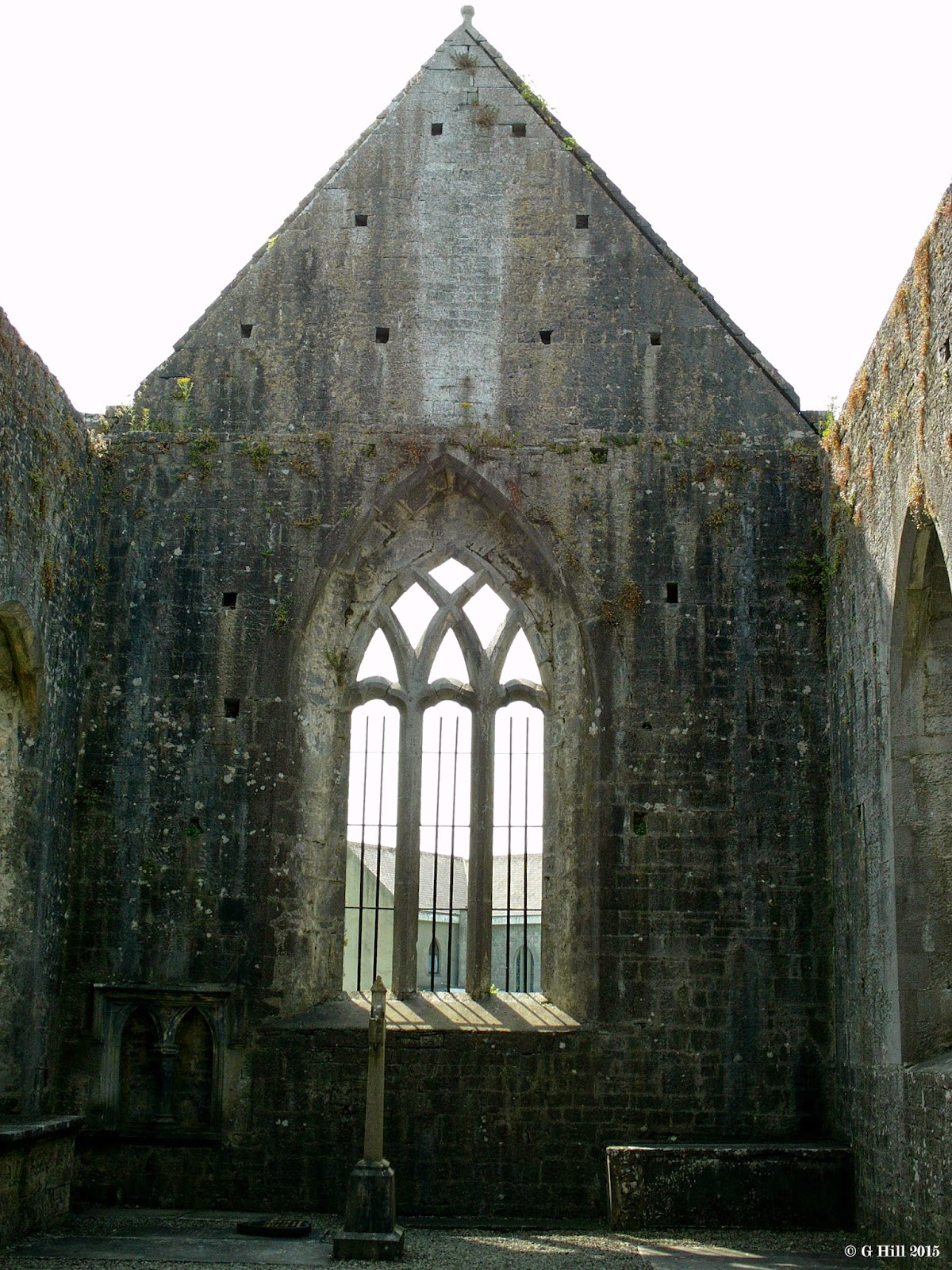 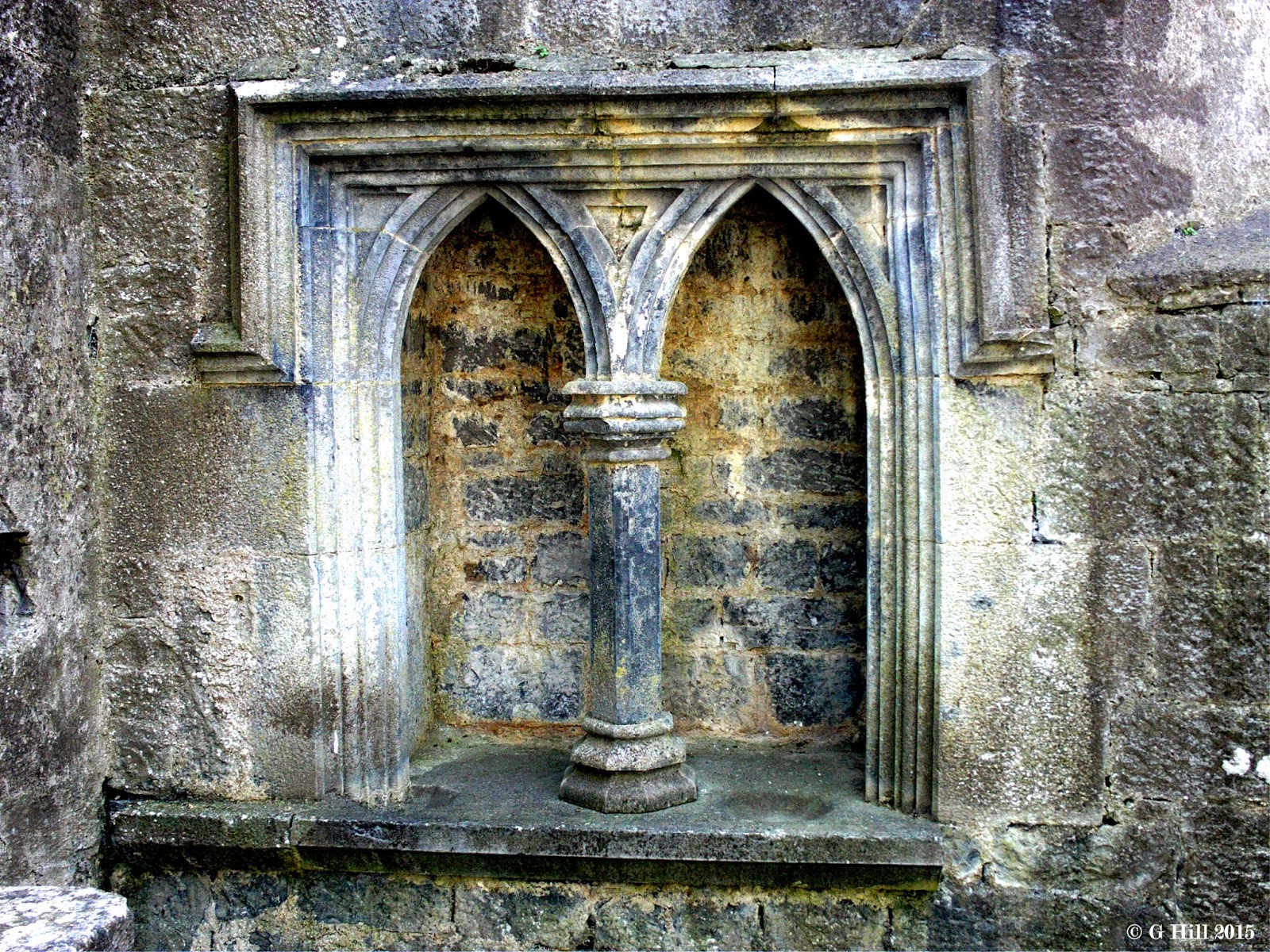 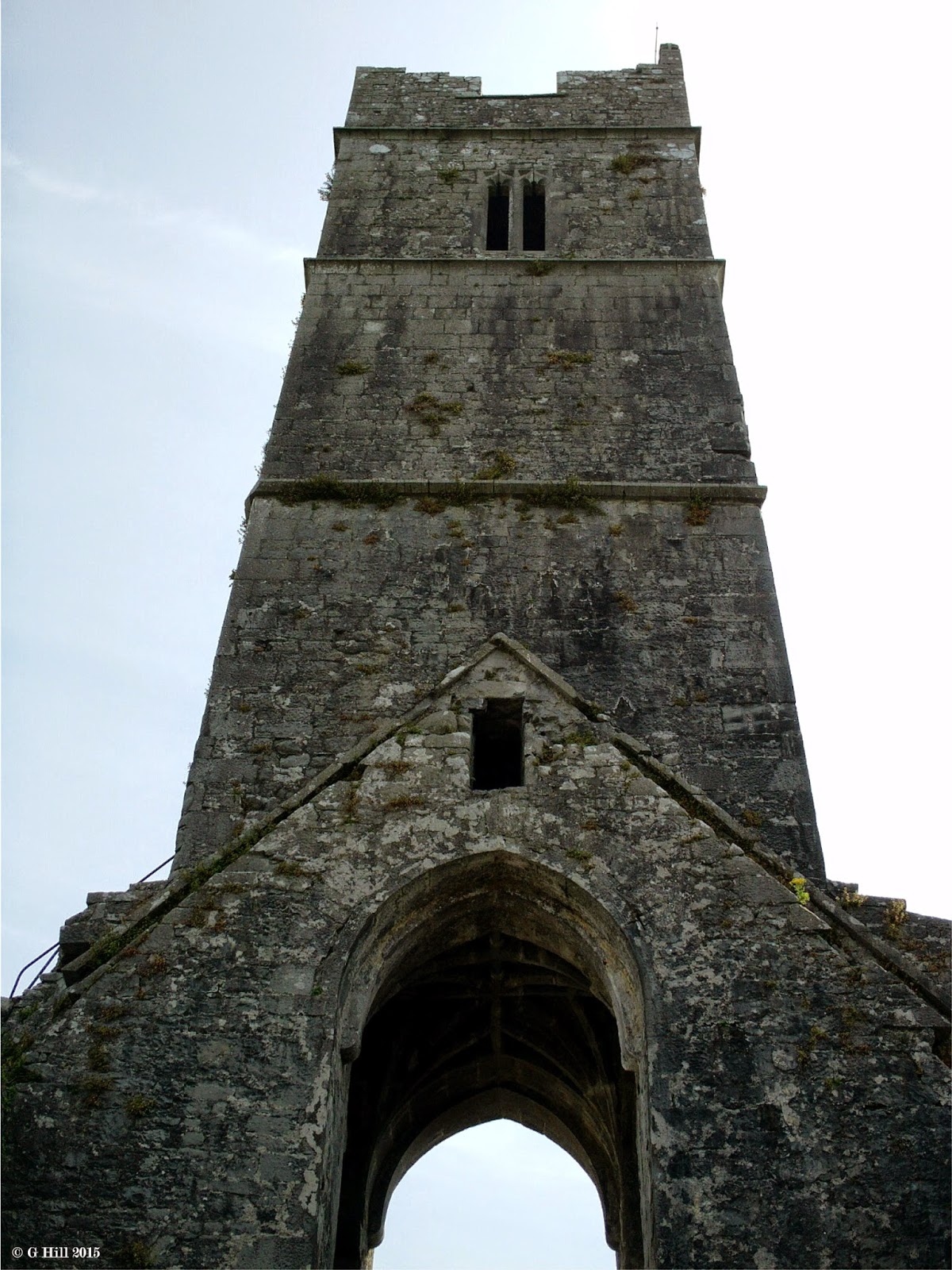 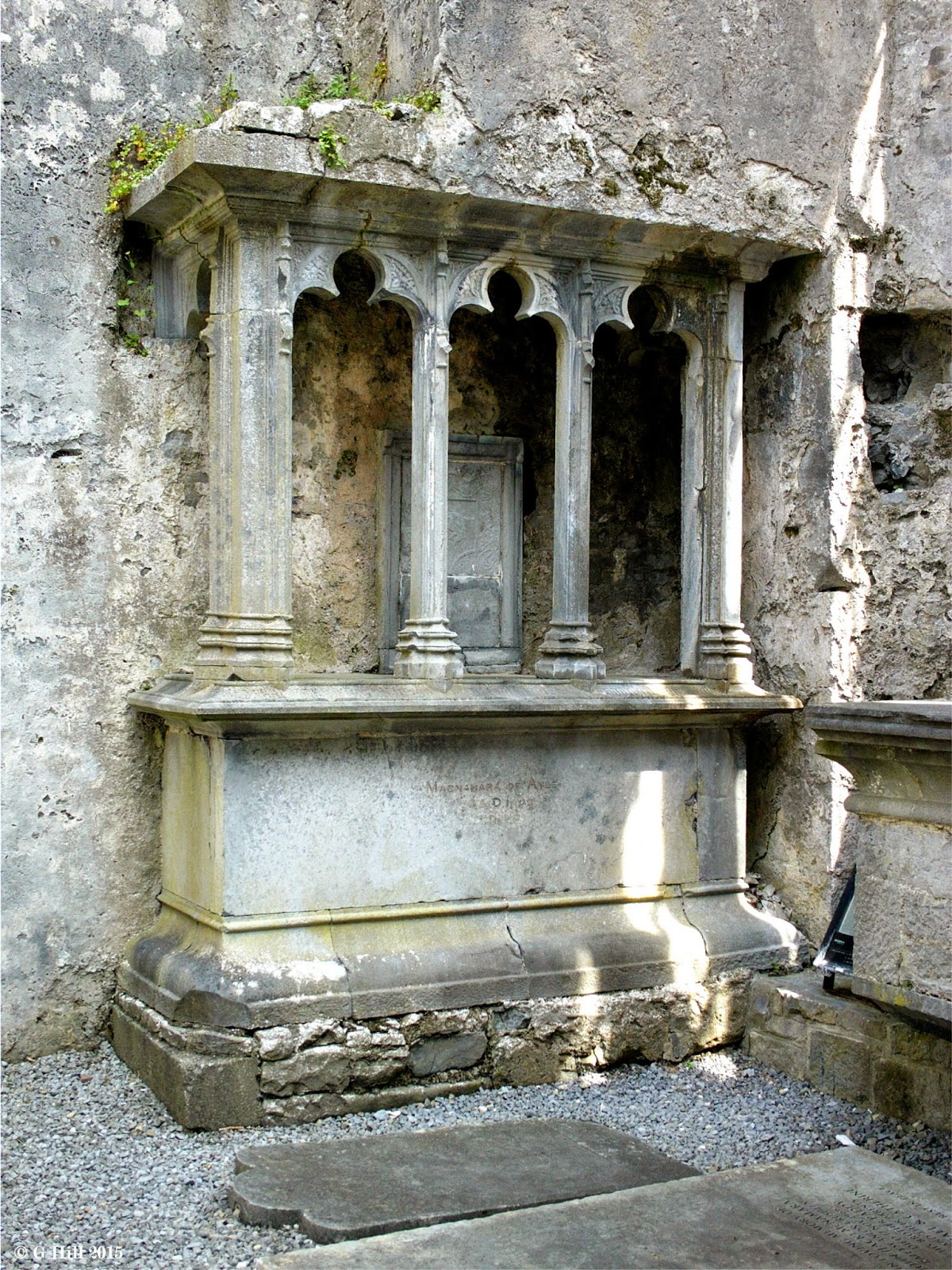 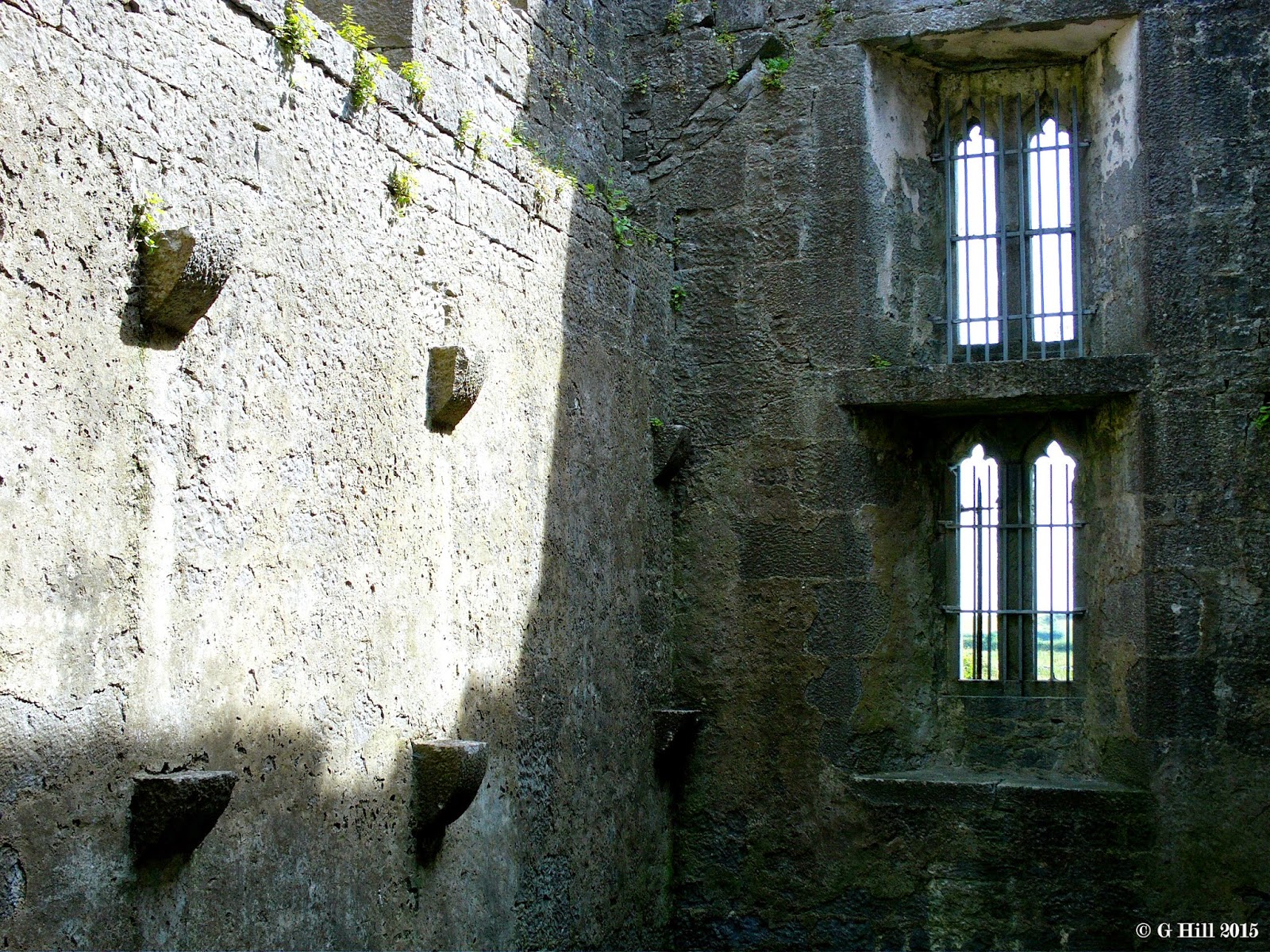 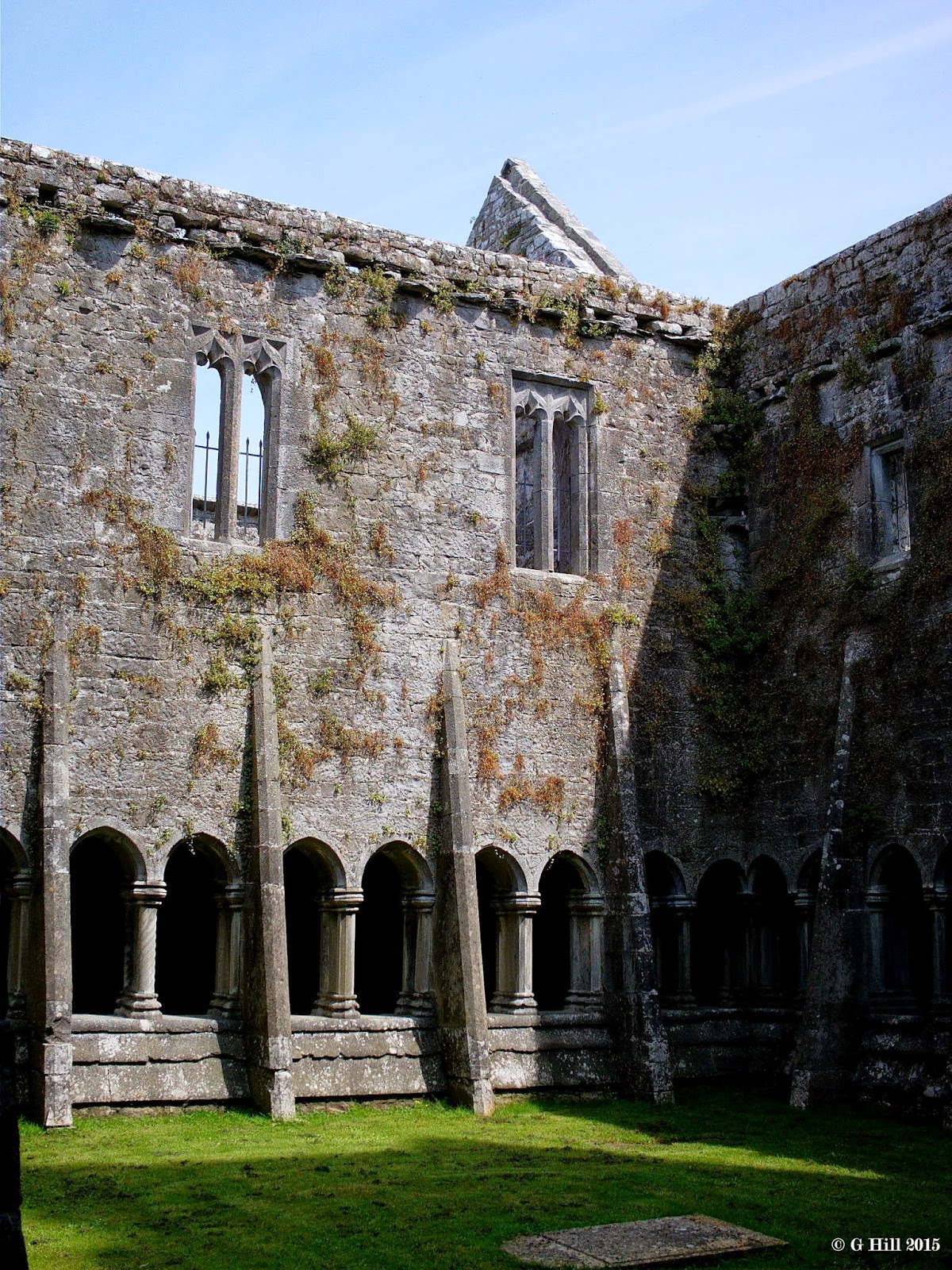 Above Image: The ambulatory lawn 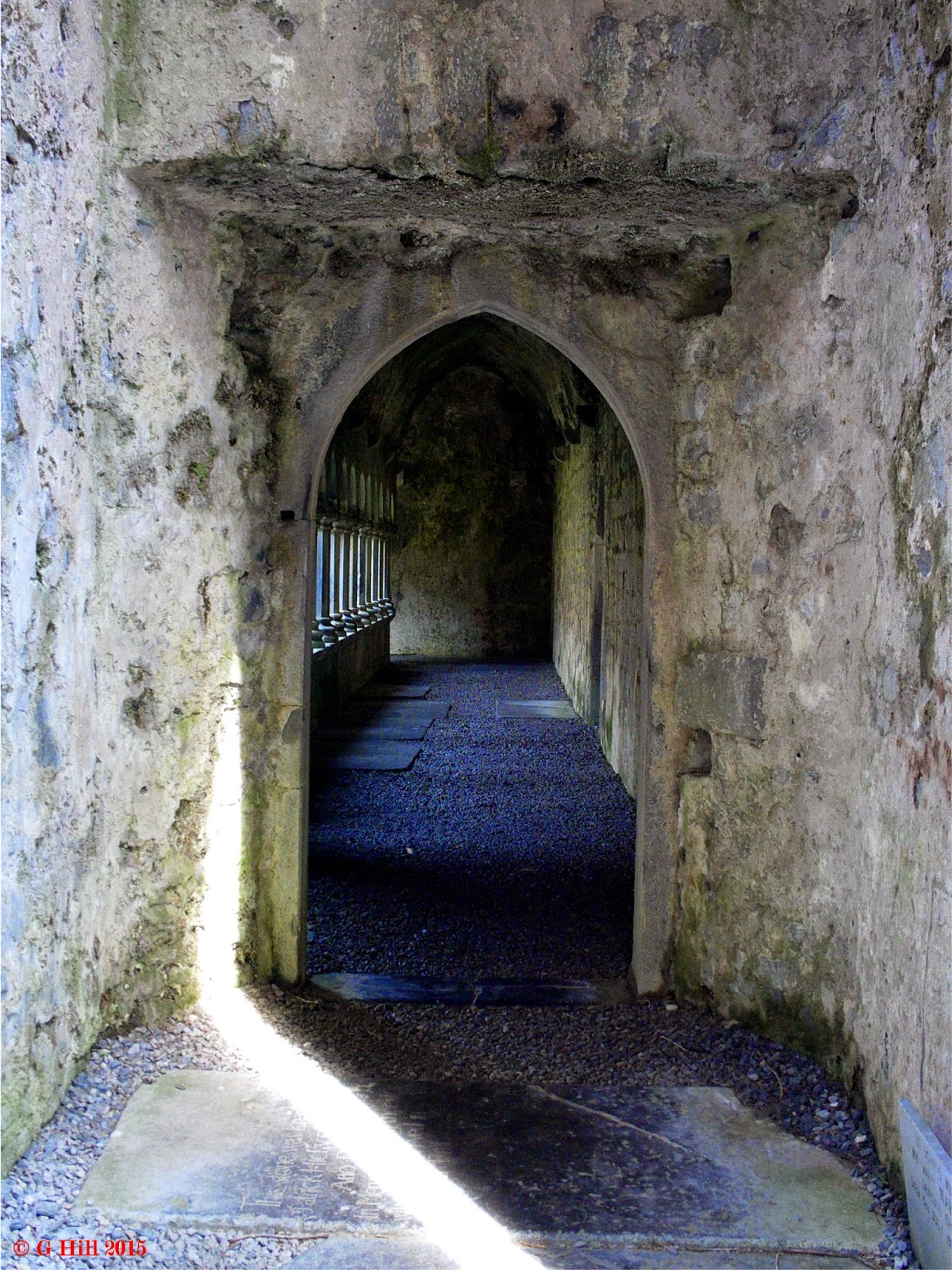 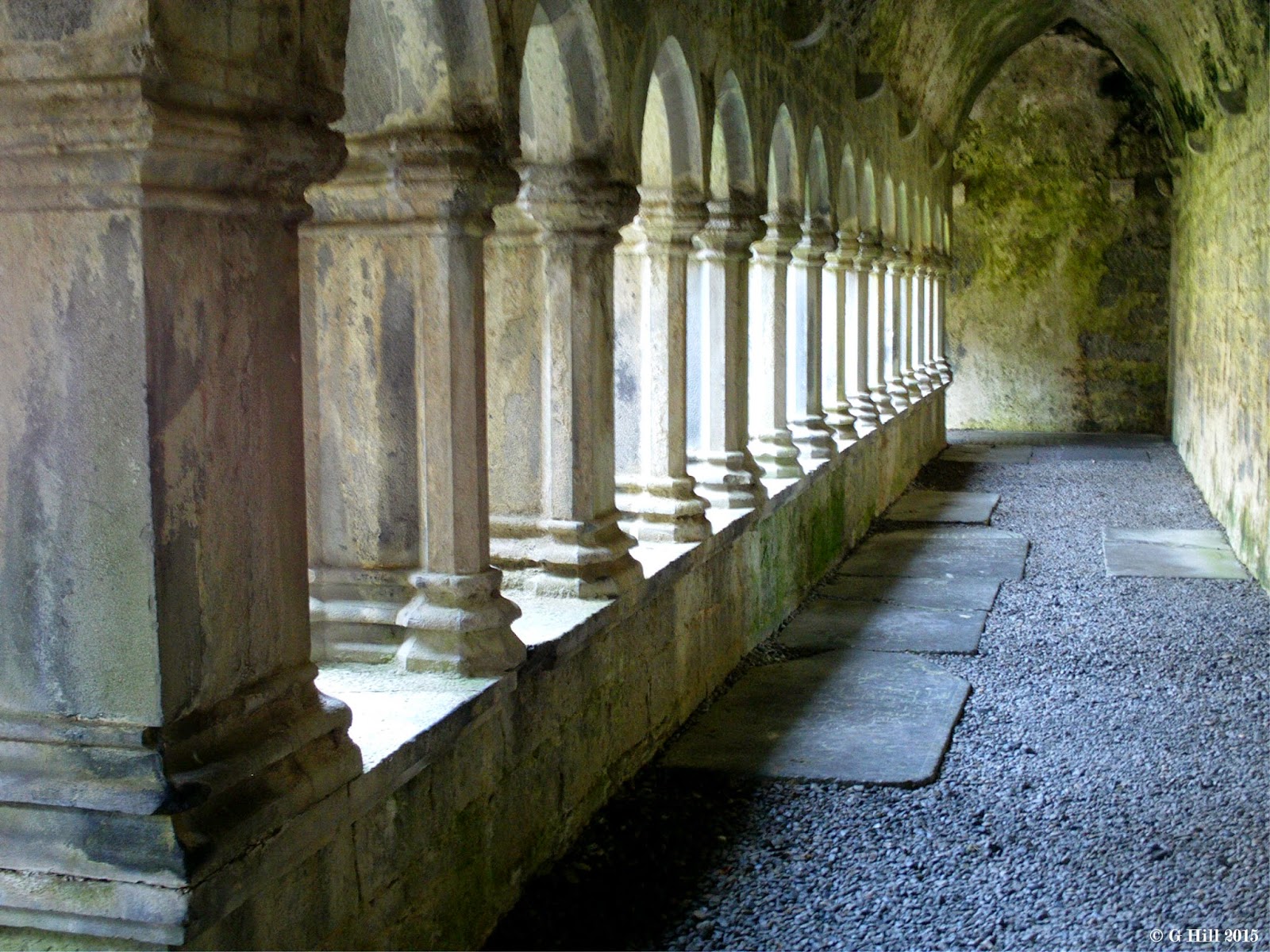 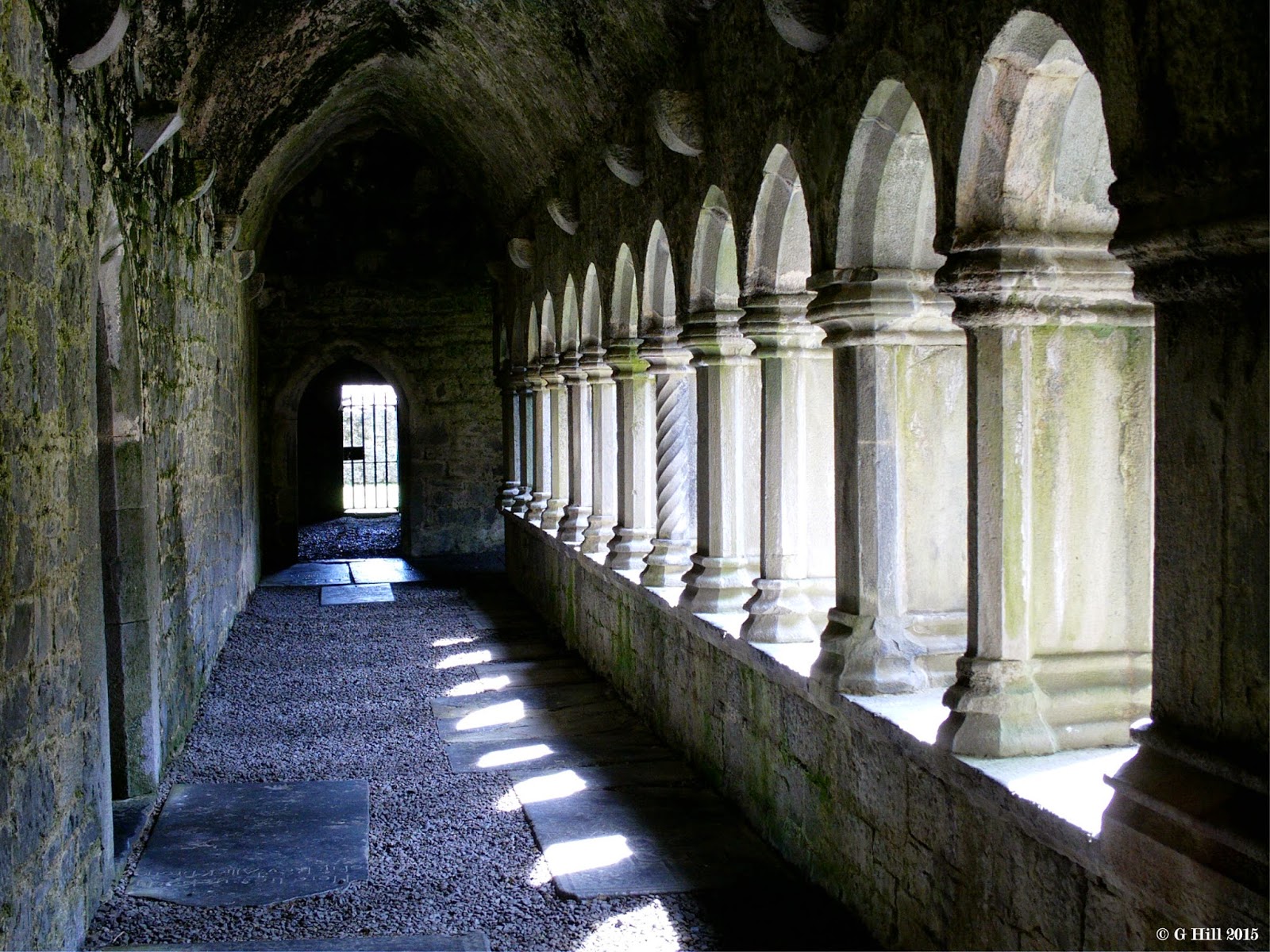 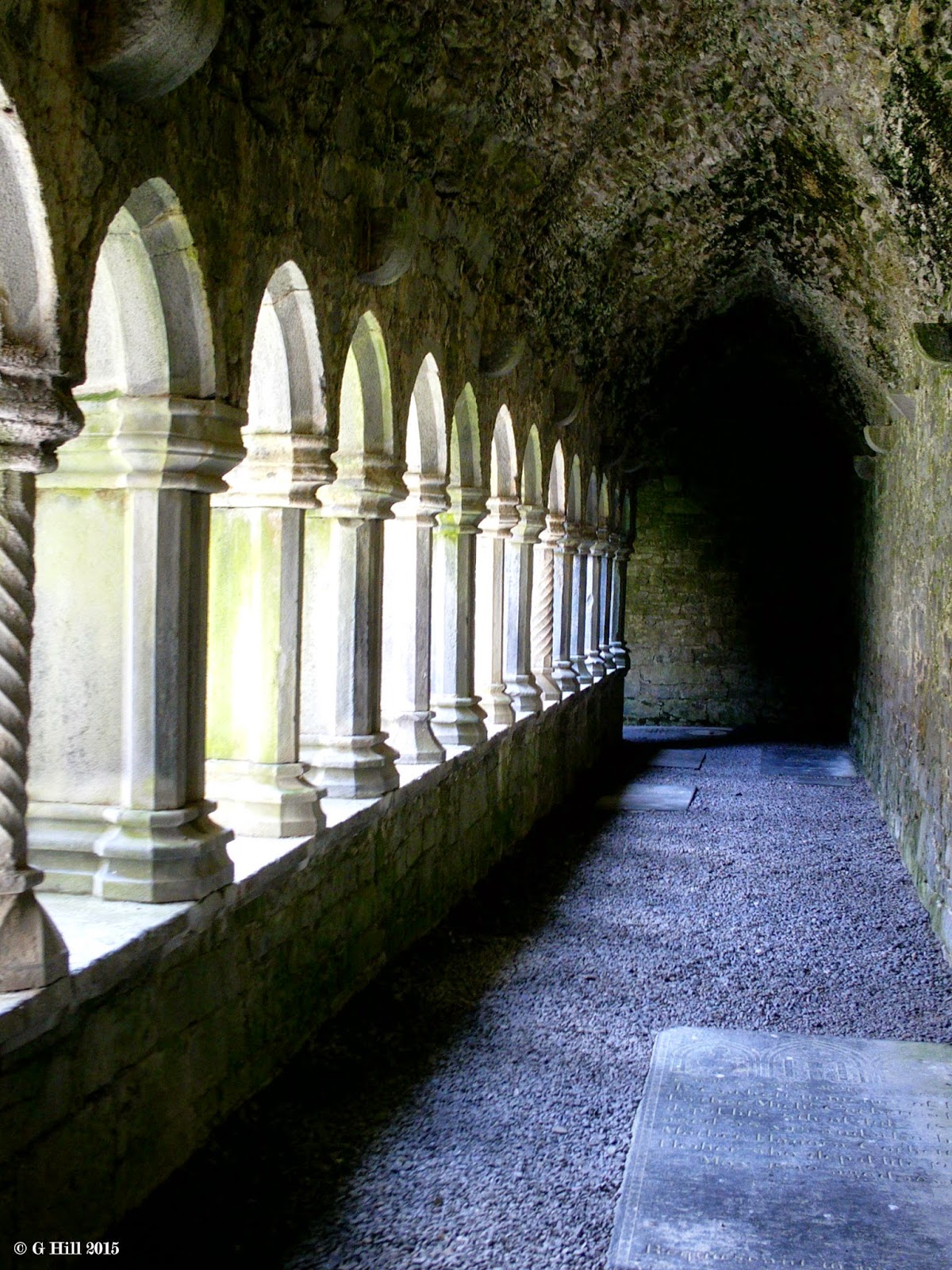 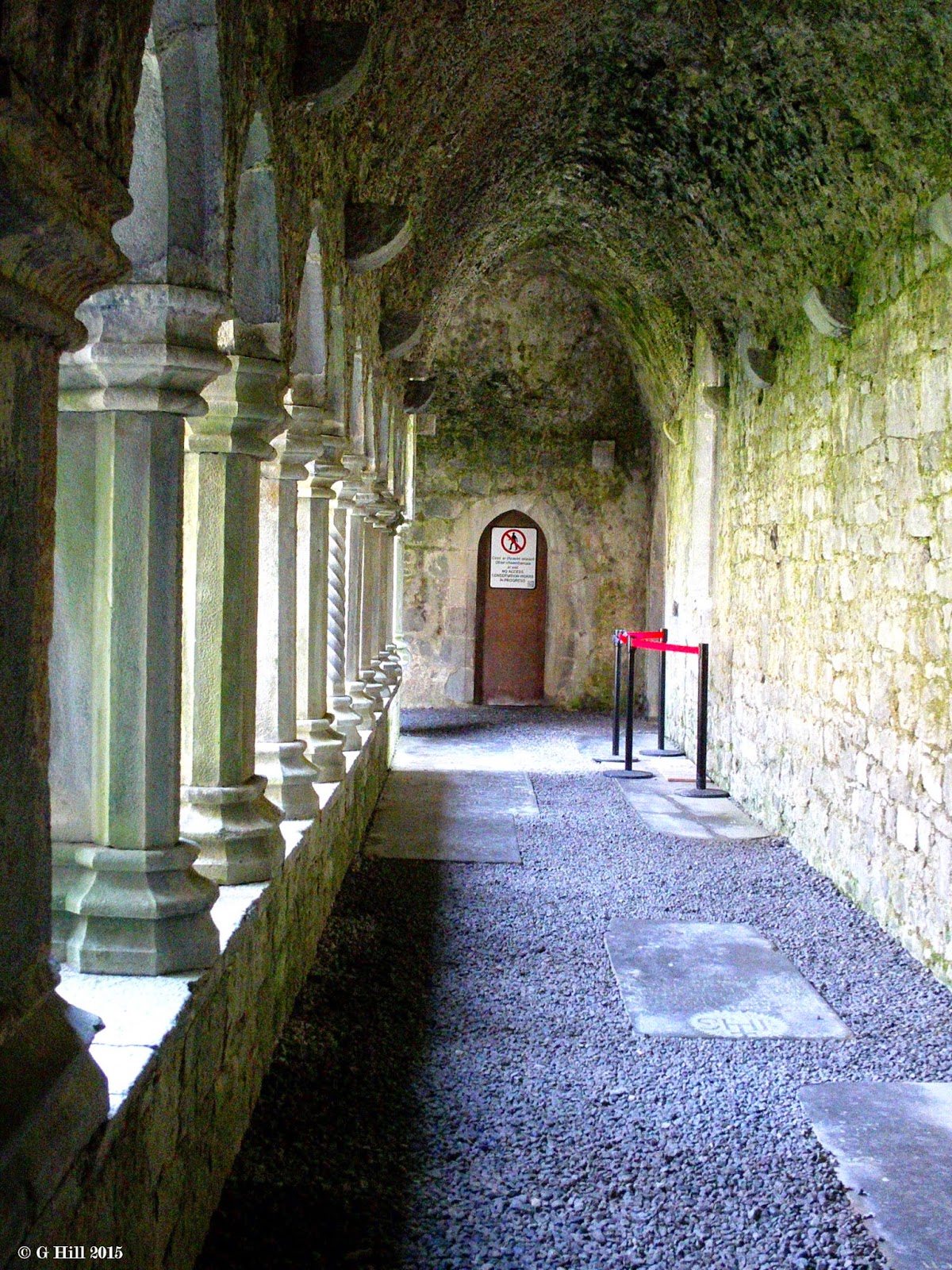 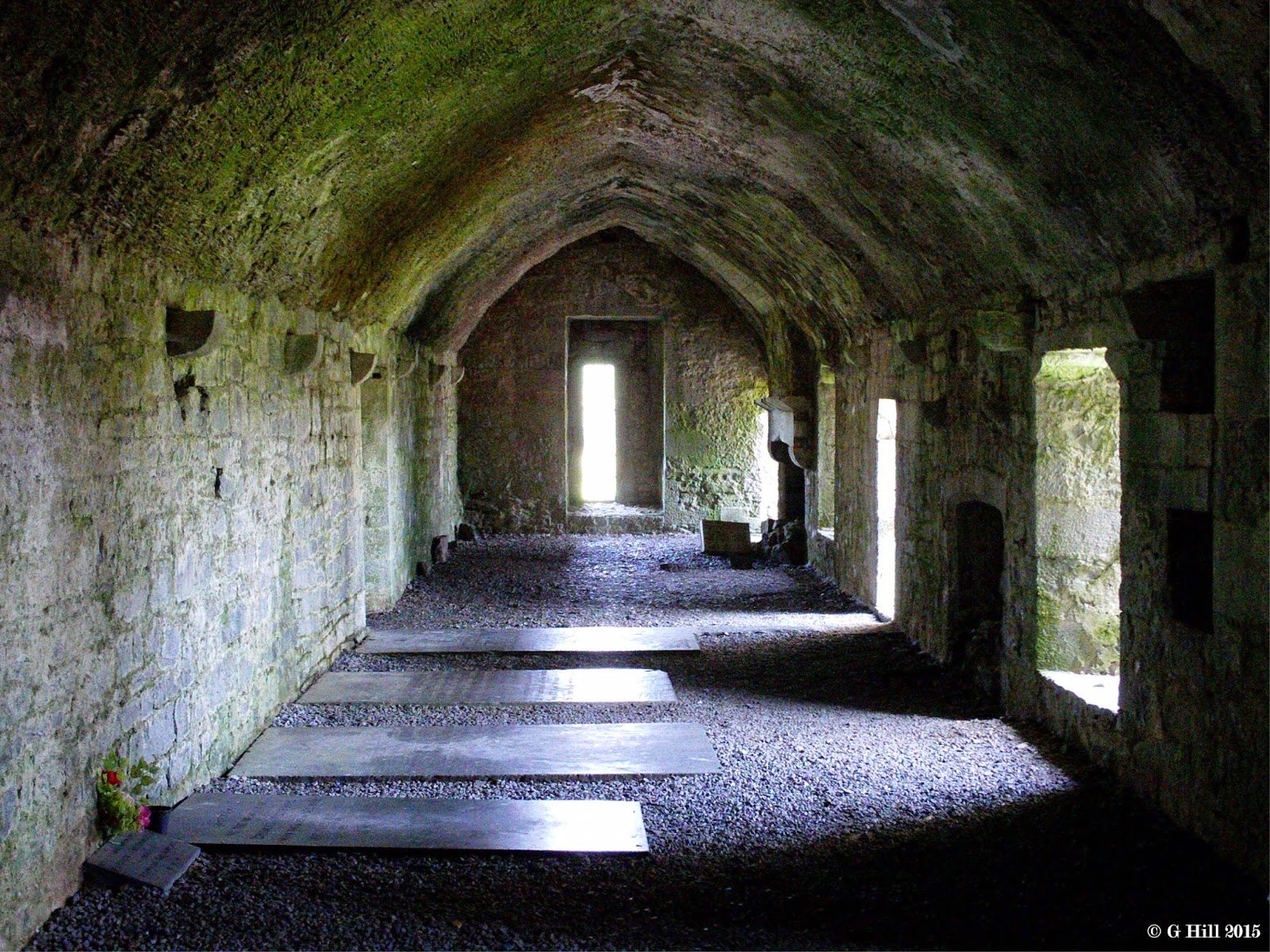 Above Image: Vaulted room off the cloister 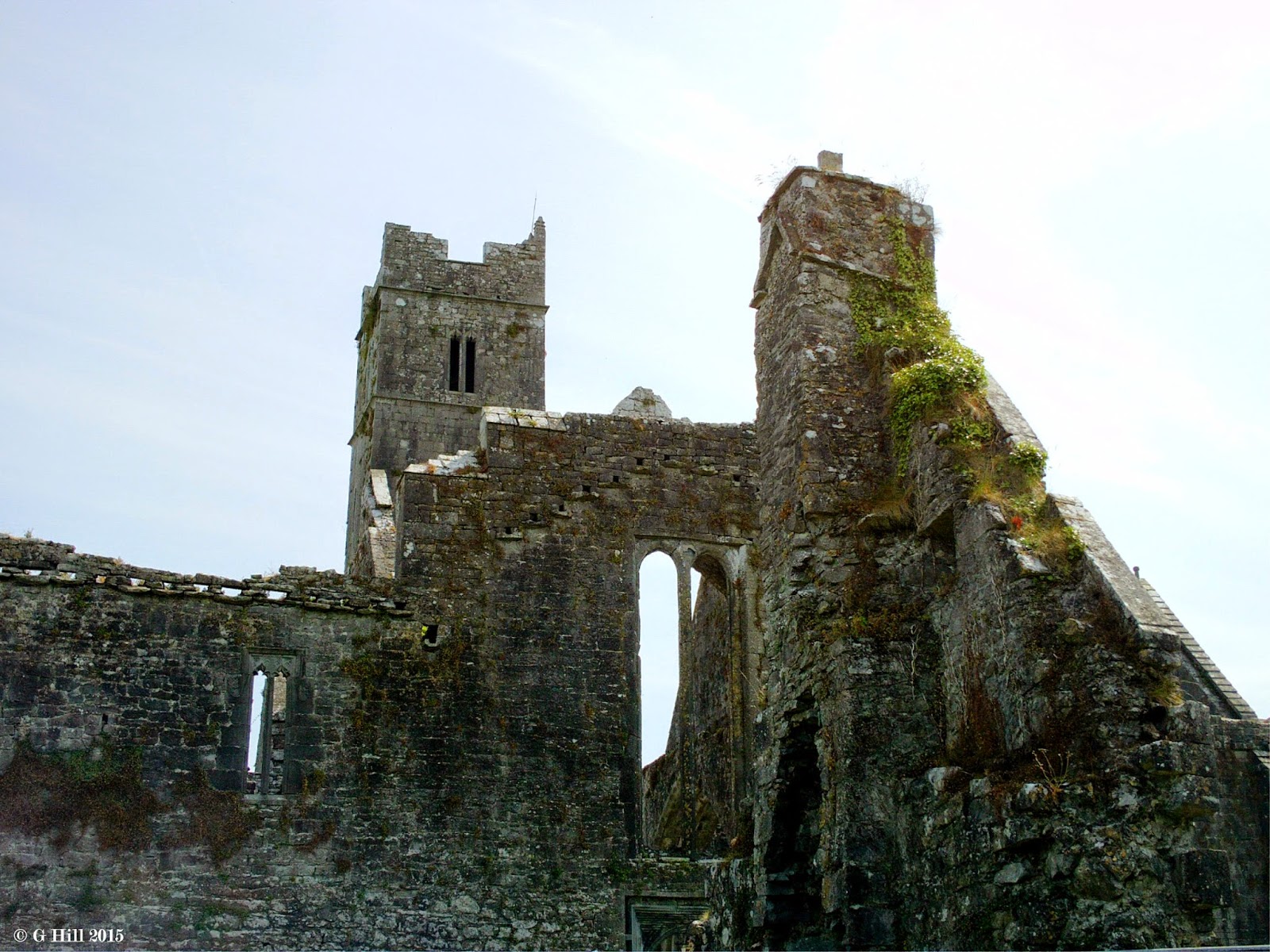 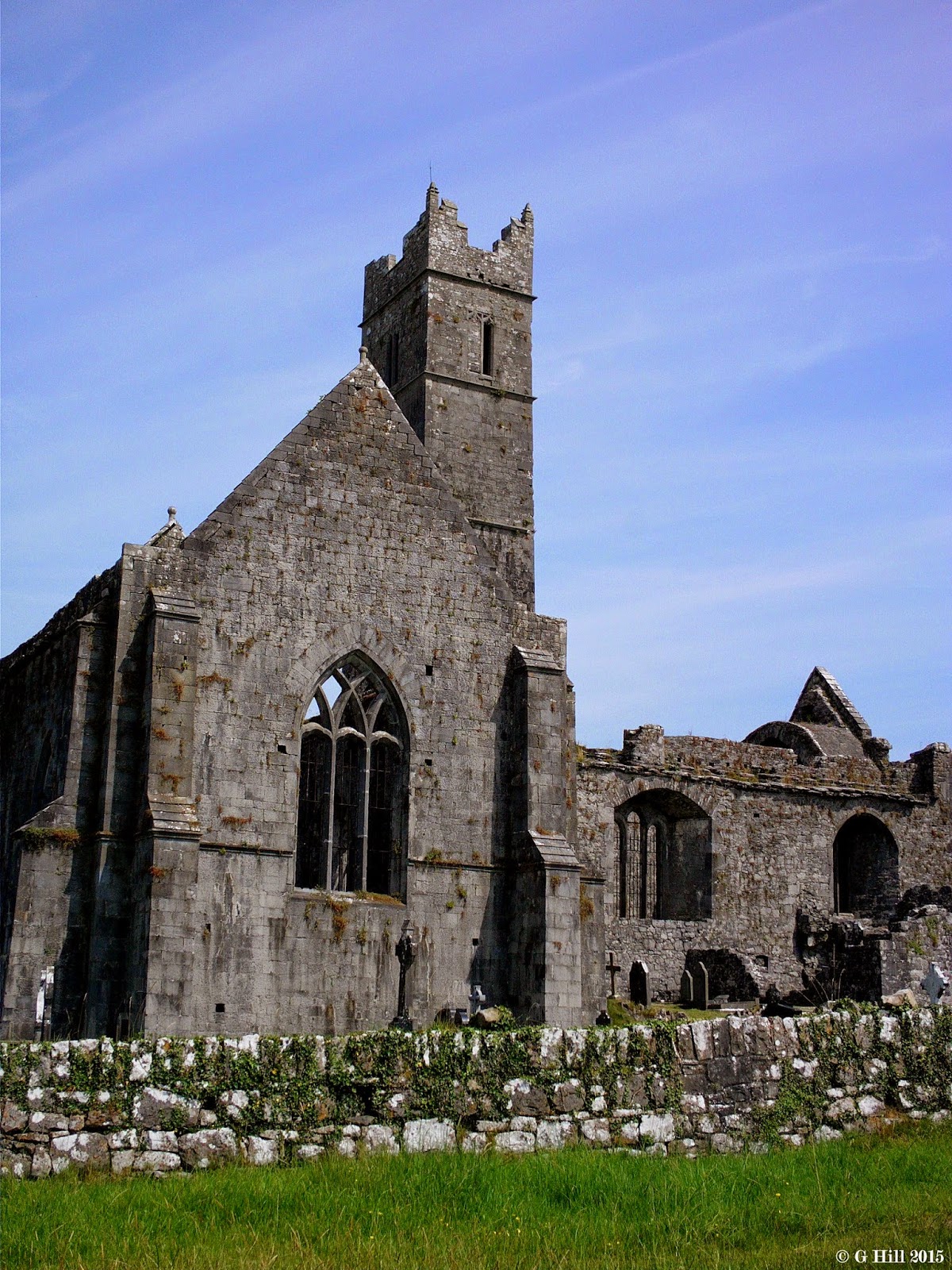 Quin Abbey was constructed in the Gothic style by the prominent MacNamara family on the site of an earlier monastery which was destroyed in 1228. In 1350 a church was the first structure to be built and then using the ruins of a huge Norman castle built by Thomas de Clare (remnants of which can still be seen today) they incorporated them into a further construction. Subsequently a cloister was added in 1402 and a bell tower and Lady chapel in 1432. The site was then given a year later to the Franciscans to establish a friary there.
In 1541 the Abbey was suppressed by Henry VIII and the lands passed to the O’Brians. The monks were allowed to remain in the building by their new landlords but by 1548 and with no financial support the Abbey began to fall into disrepair. After some turbulent times the MacNamaras eventually regained control in 1590 and went about repairing what damage they could.
The beginning of the end occurred in 1651 when Cromwellian forces destroyed the Abbey and slaughtered the monks. Subsequent years saw other Franciscan monks return on several occasions but the Abbey continued to fall into further ruin and the very last monk to reside there died in 1820. The board of Public works took control of the Abbey in 1880 and set about making it a national monument.
The ruins today which are better preserved than one would have expected given its history lie in a meadow in the quiet village of Quin. A short walk from the roadside brings you to this wonderful Abbey. Although in state care the admission is free of charge and from the moment you step inside the great doorway you are almost magicked away to a different time. A caretaker is on hand at all times who will check any bags you are carrying , I’m not sure why but maybe to make sure you are not carrying anything that might inadvertently cause damage, and he then also patrols the ruins. On our visit and with the Abbey almost empty (even though this was high season) he tended to shadow us especially in the cloister area. I’m sure he wasn’t trying to be intimidating and we eventually lost him along the way.
The great tower apparently has a spiral staircase but we didn’t find any indicators to an entrance. As in most of these large ruins the upper floors tend to be closed off for health & safety reasons. If anyone knows different I would be pleased to know.
The Lady Chapel contains the remains of the MacNamara family with tombs that date back as far as 1450.
To me the most stunning feature has to be the cloister. This ambulatory is in remarkable condition and light streams in through the pillars. It was a joy to walk around and gave a great sense of what it must have been like at the time the monks would have used it, so silent and reflective a place to be.
I think we spent more than an hour wandering around the great arches and alcoves taking in some breathtaking stone masonry. We also discovered that you can access the park where the ruins of St Finghins Church (see earlier post) is standing. So much to see at this site and I really highly recommend a visit.
To find the ruins take the R469 heading East from Station Rd in Ennis and drive for approx. 11KM. As you enter the village you will spot a water tower ahead. The road forks here and you need to swing left. Drive until you have crossed the bridge on the River Rine and just beyond is the entrance to the Abbey field. Parking is available along here.