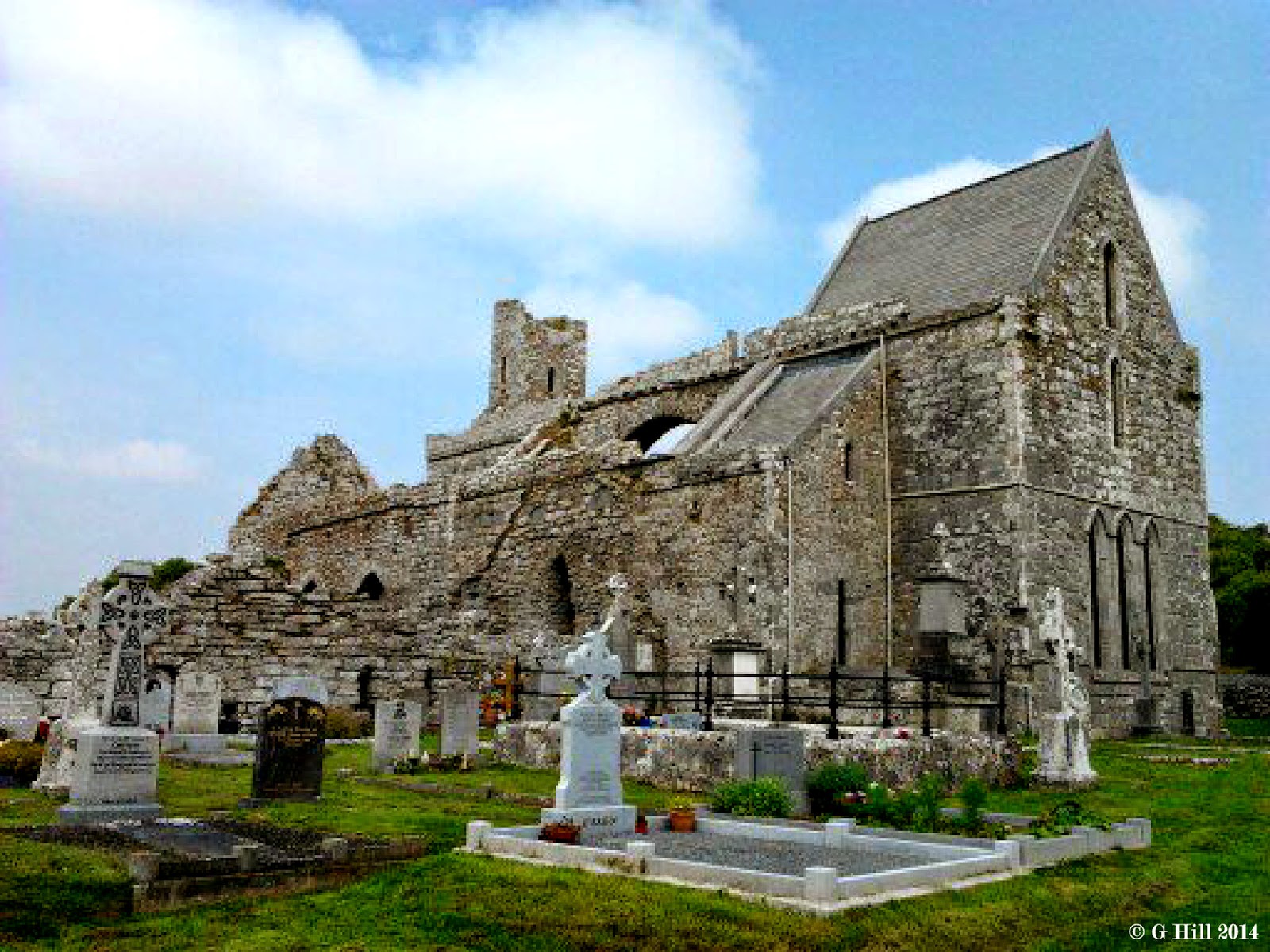 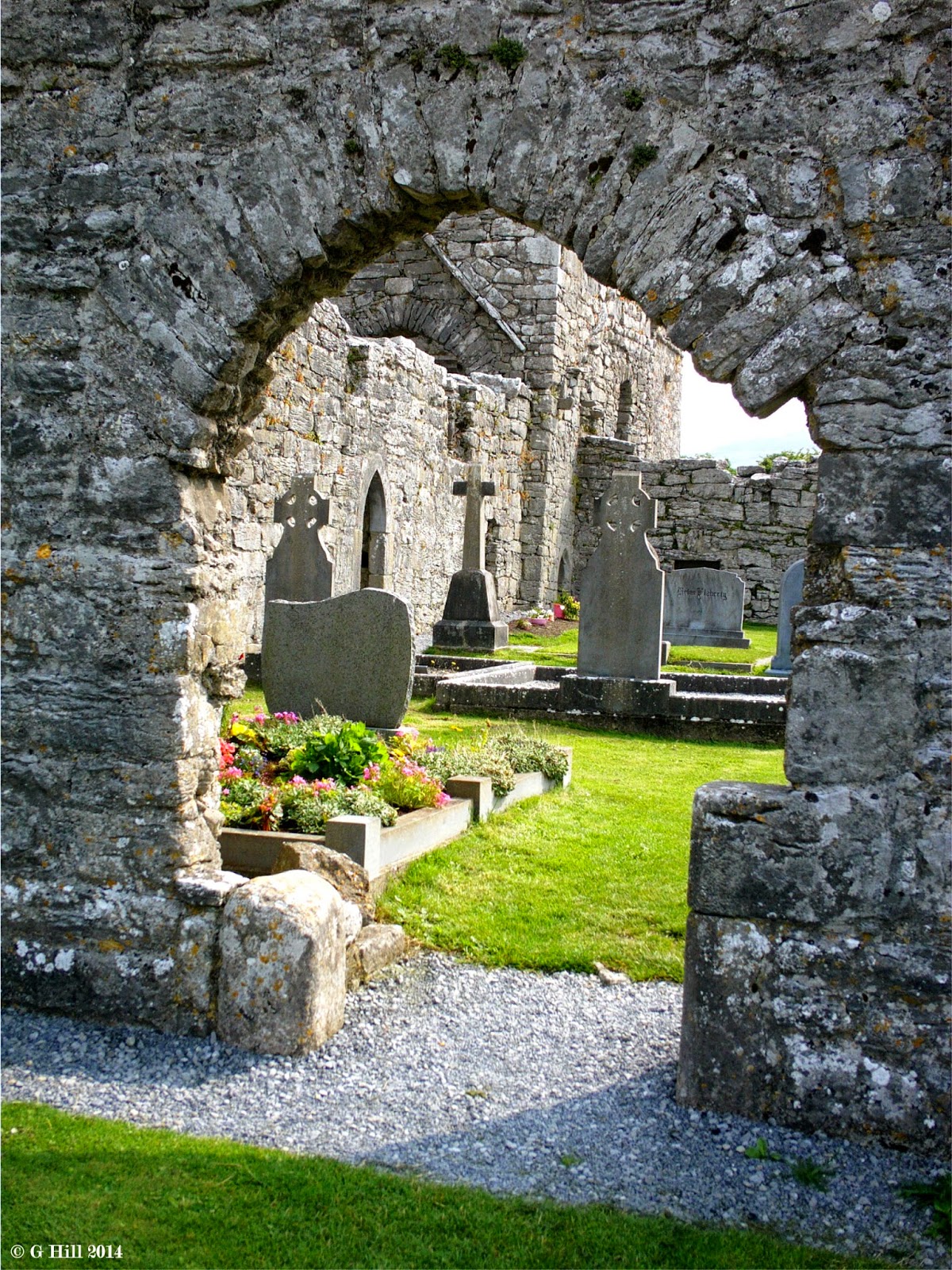 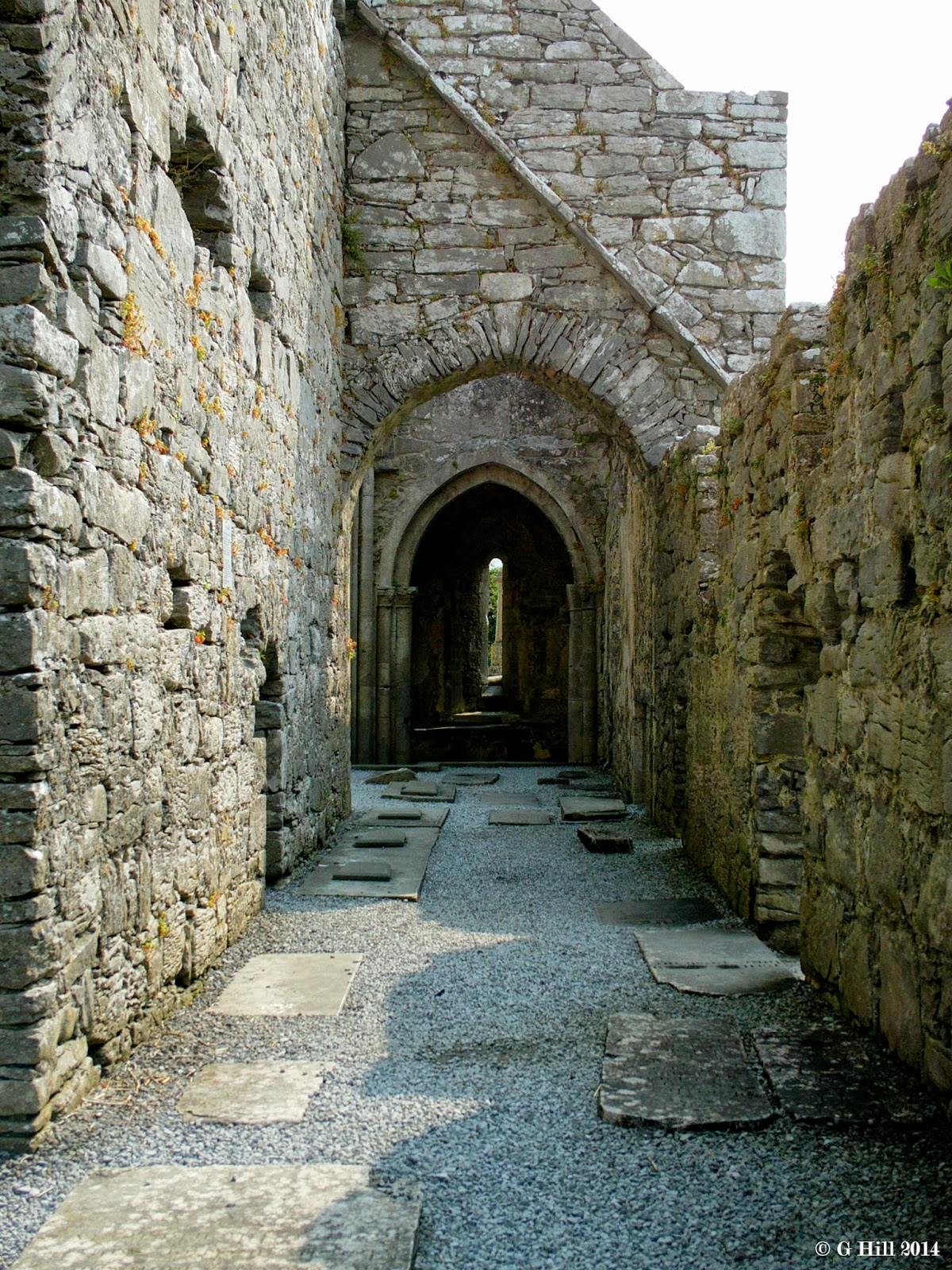 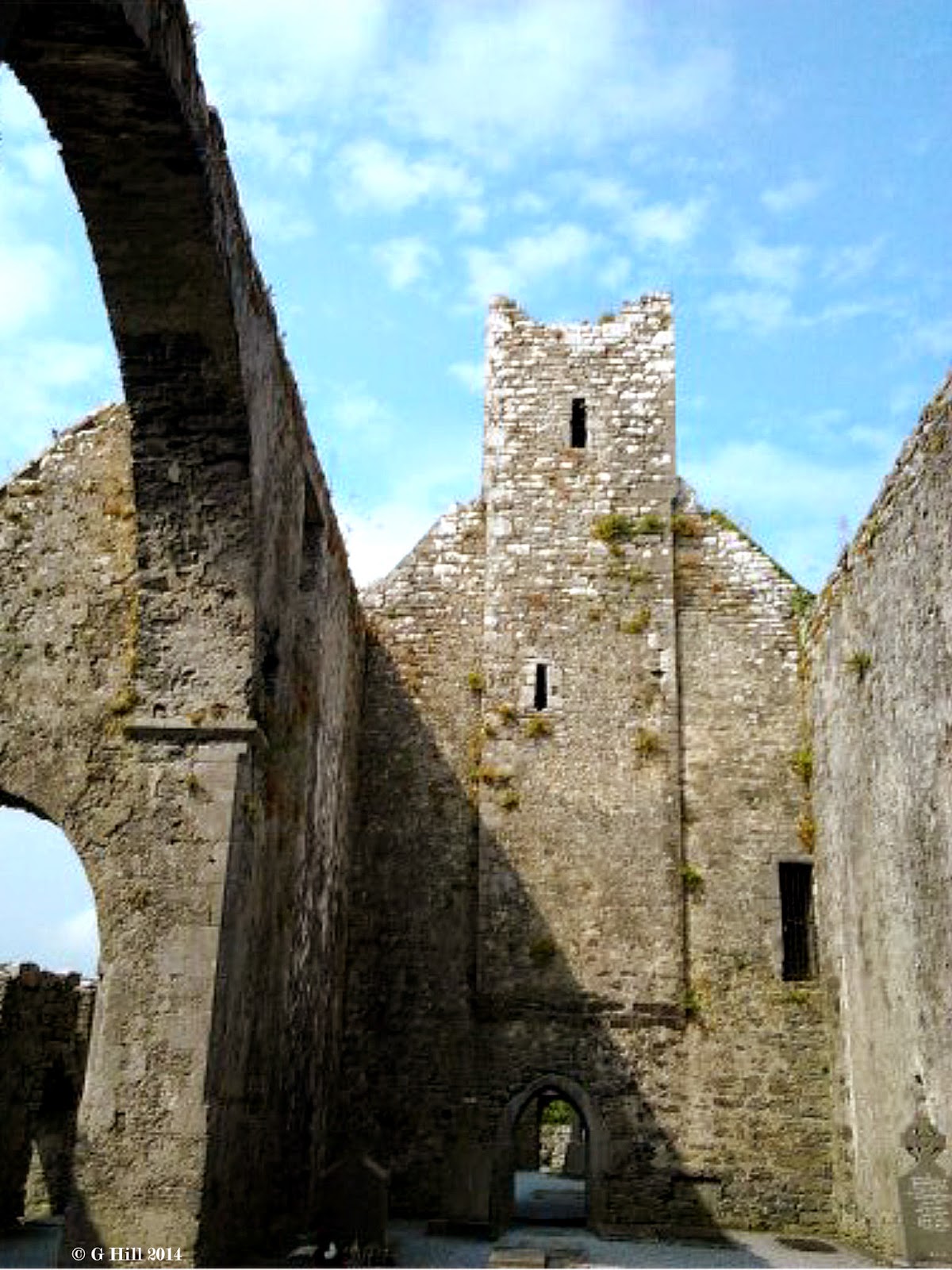 Above Image: The central tower 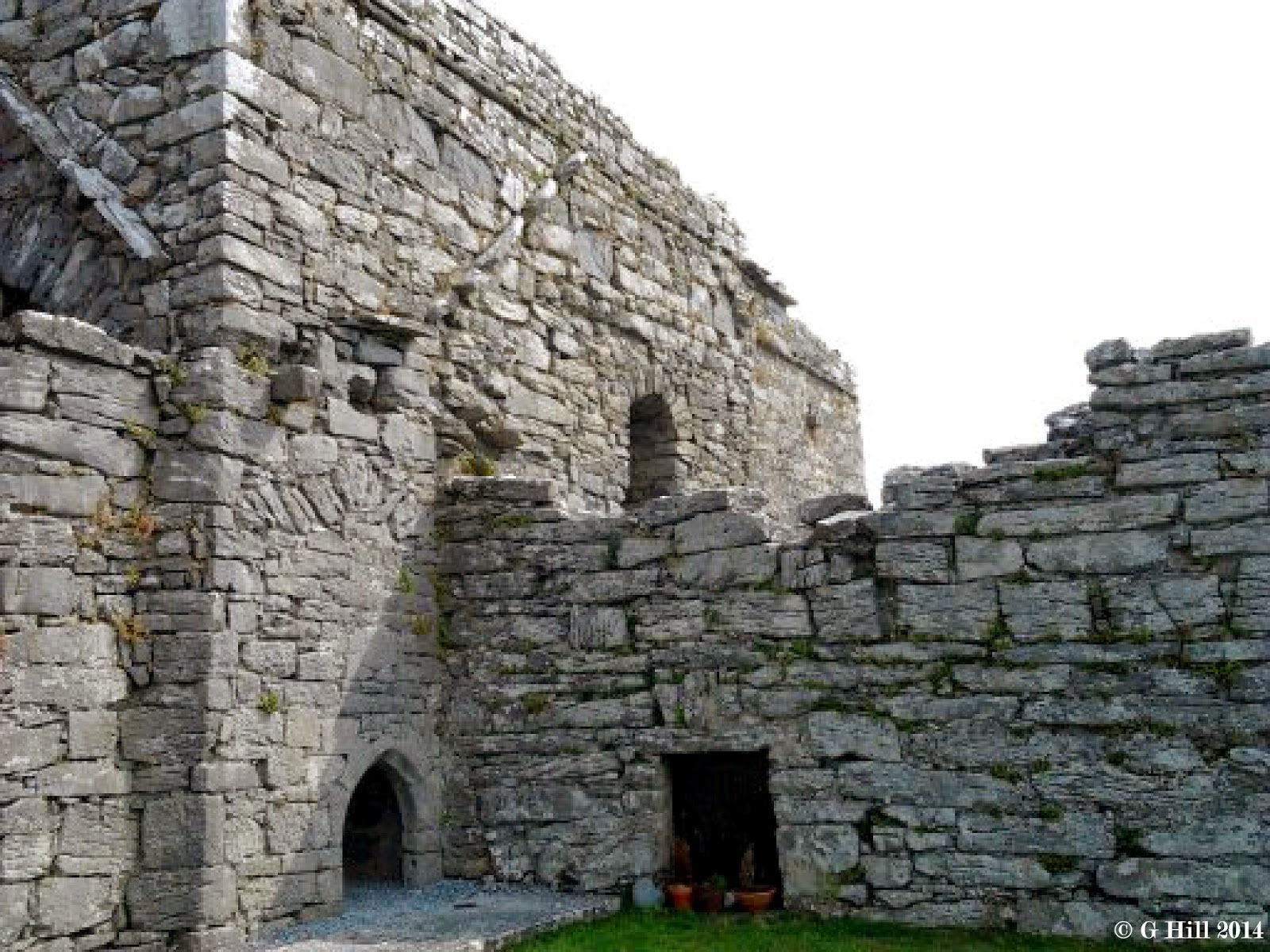 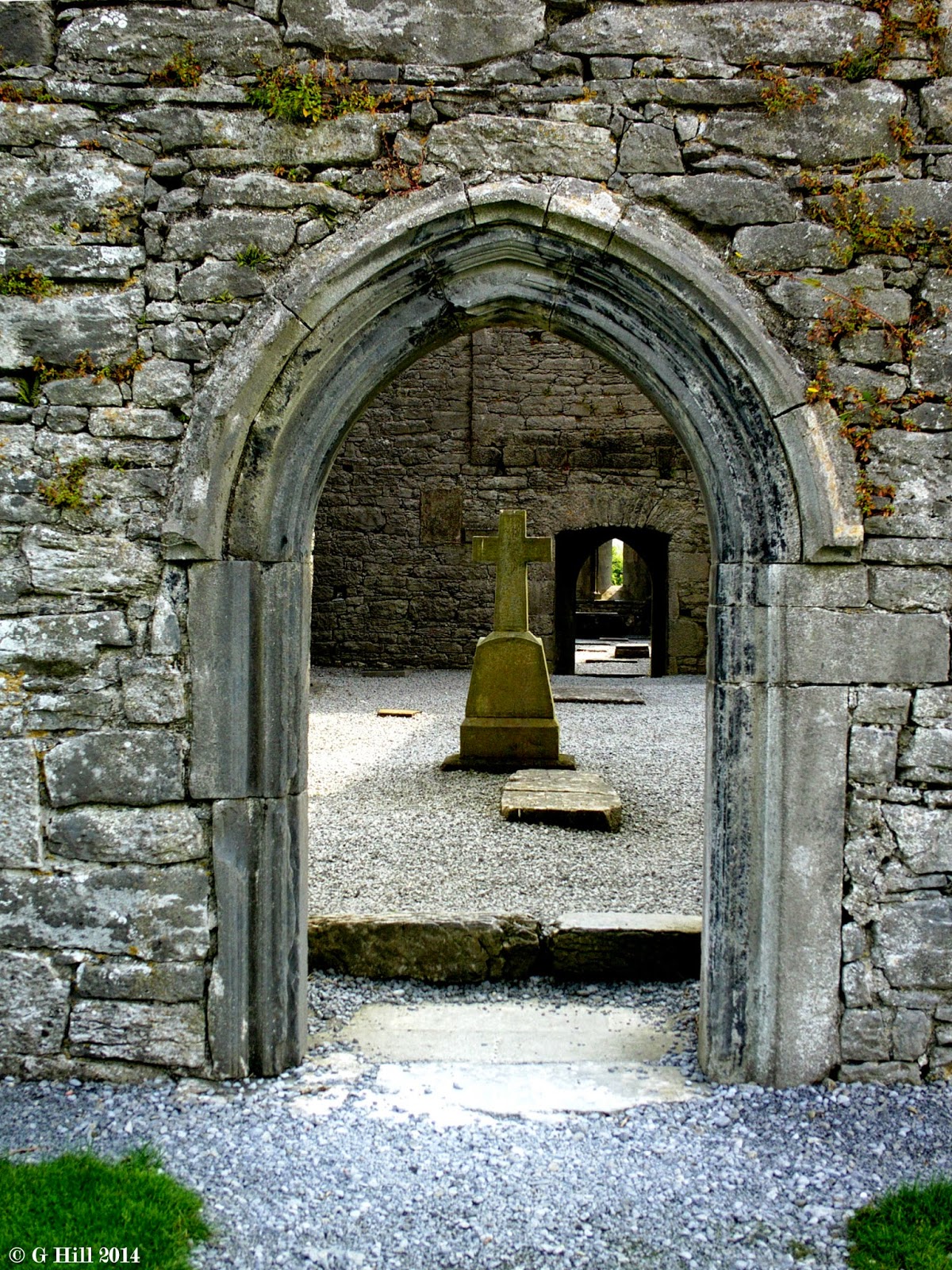 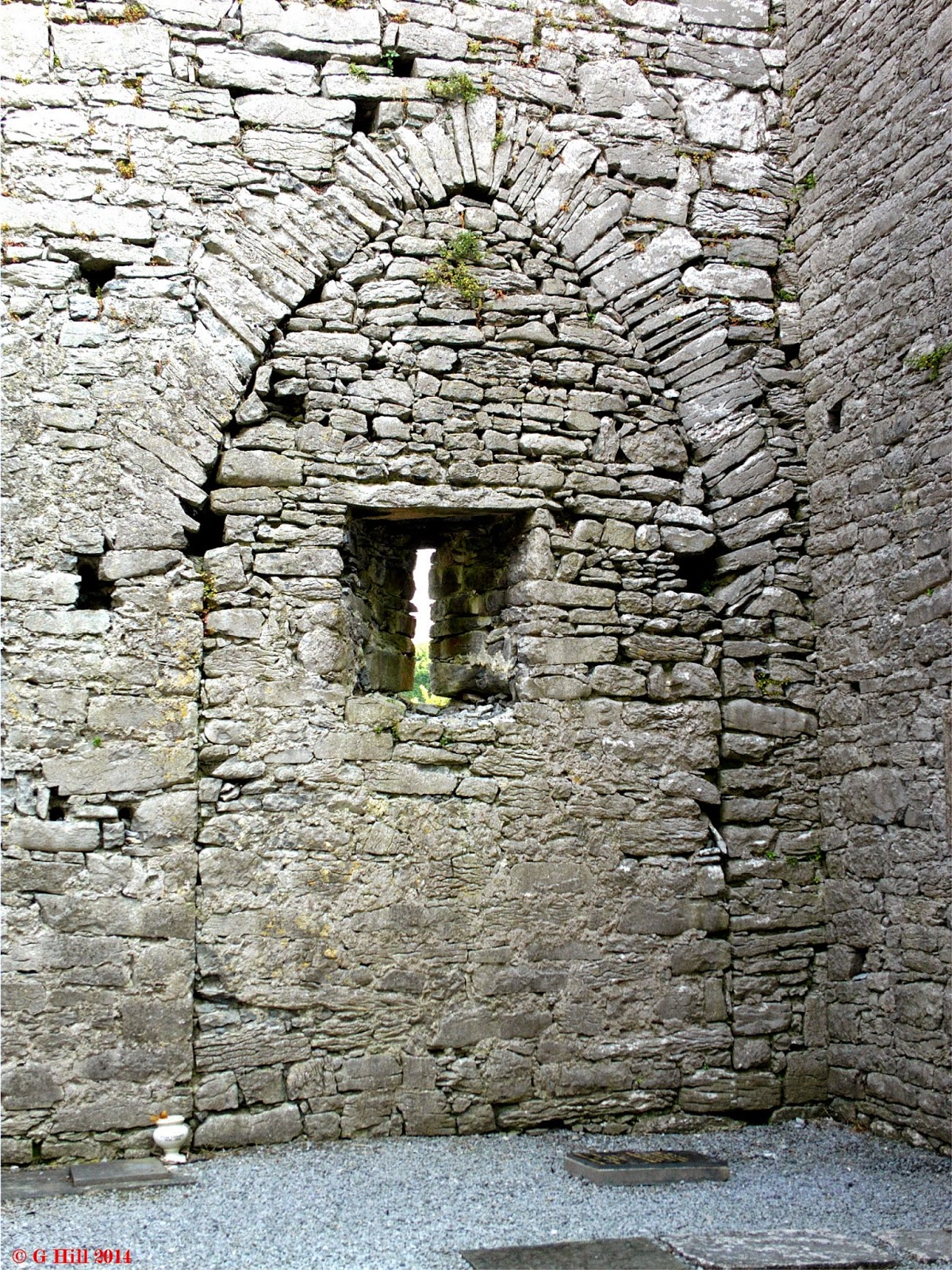 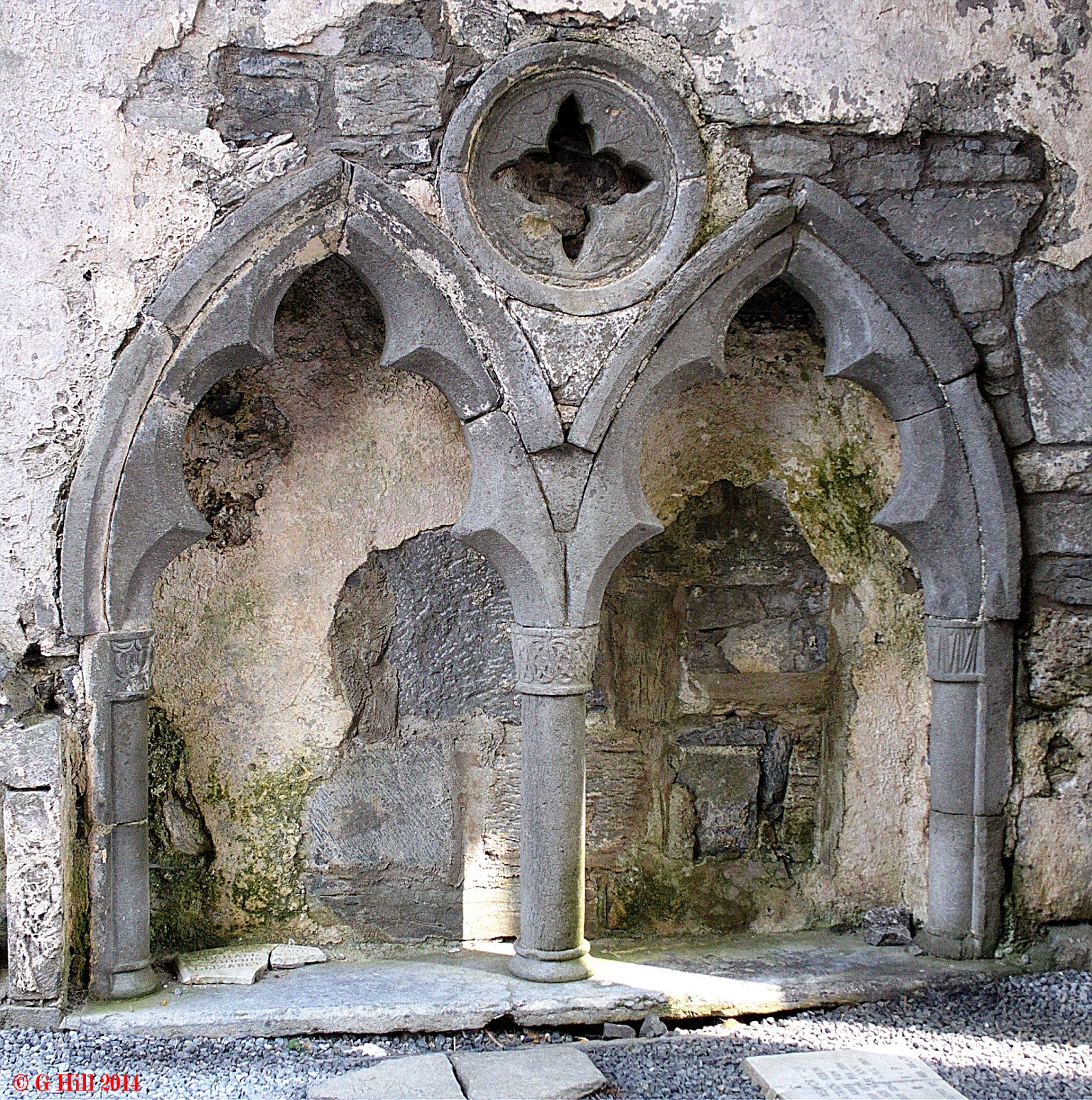 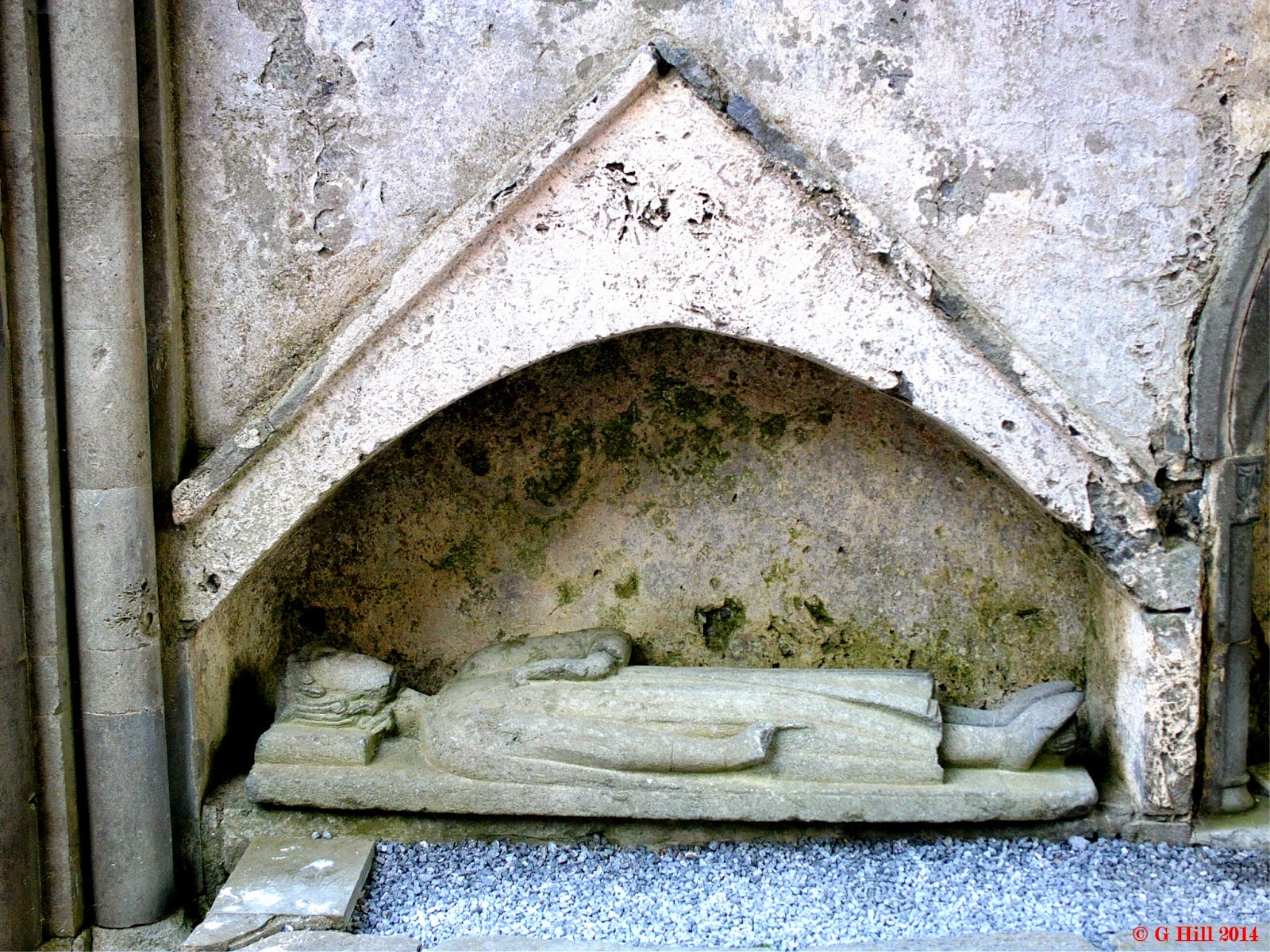 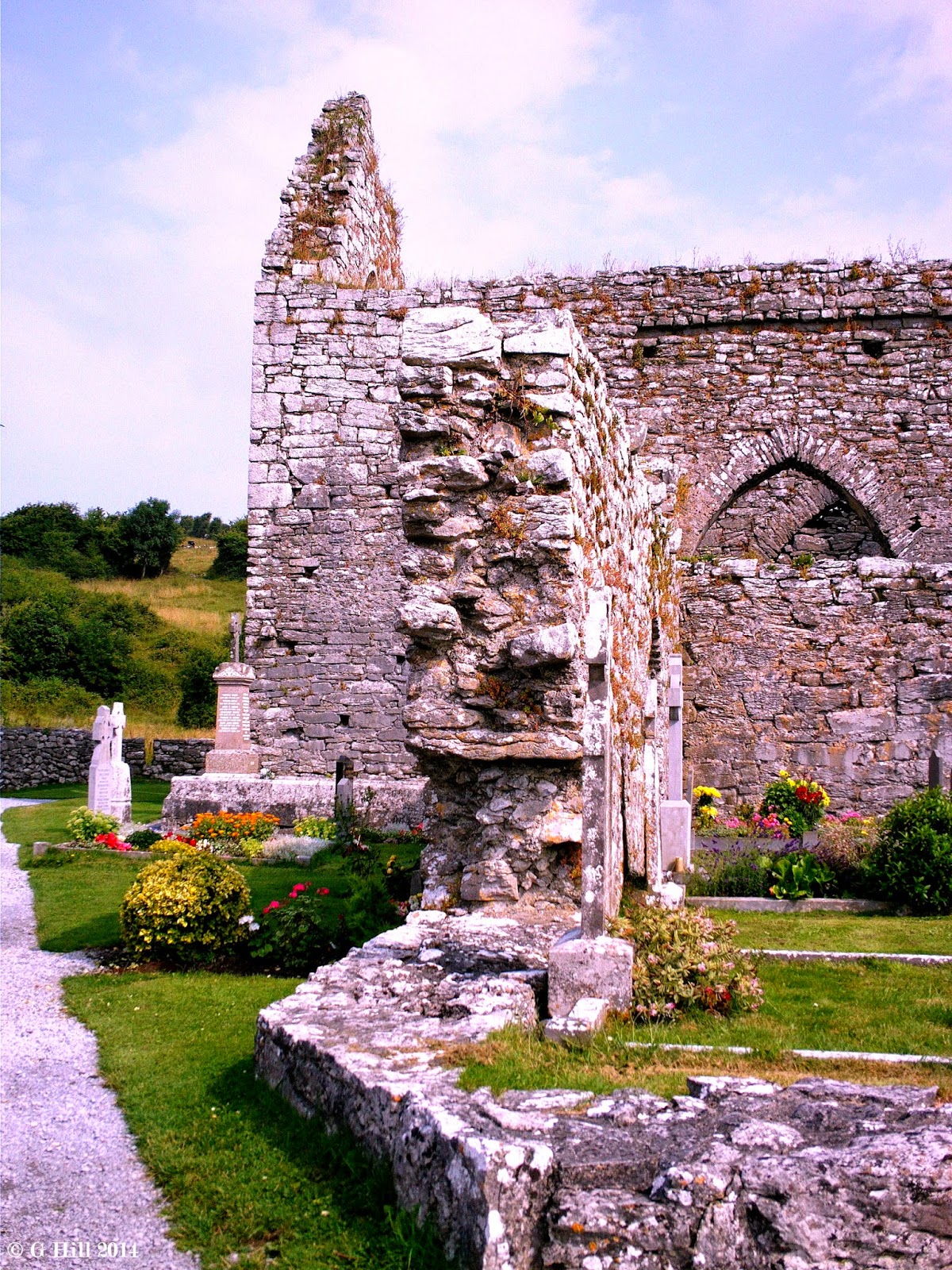 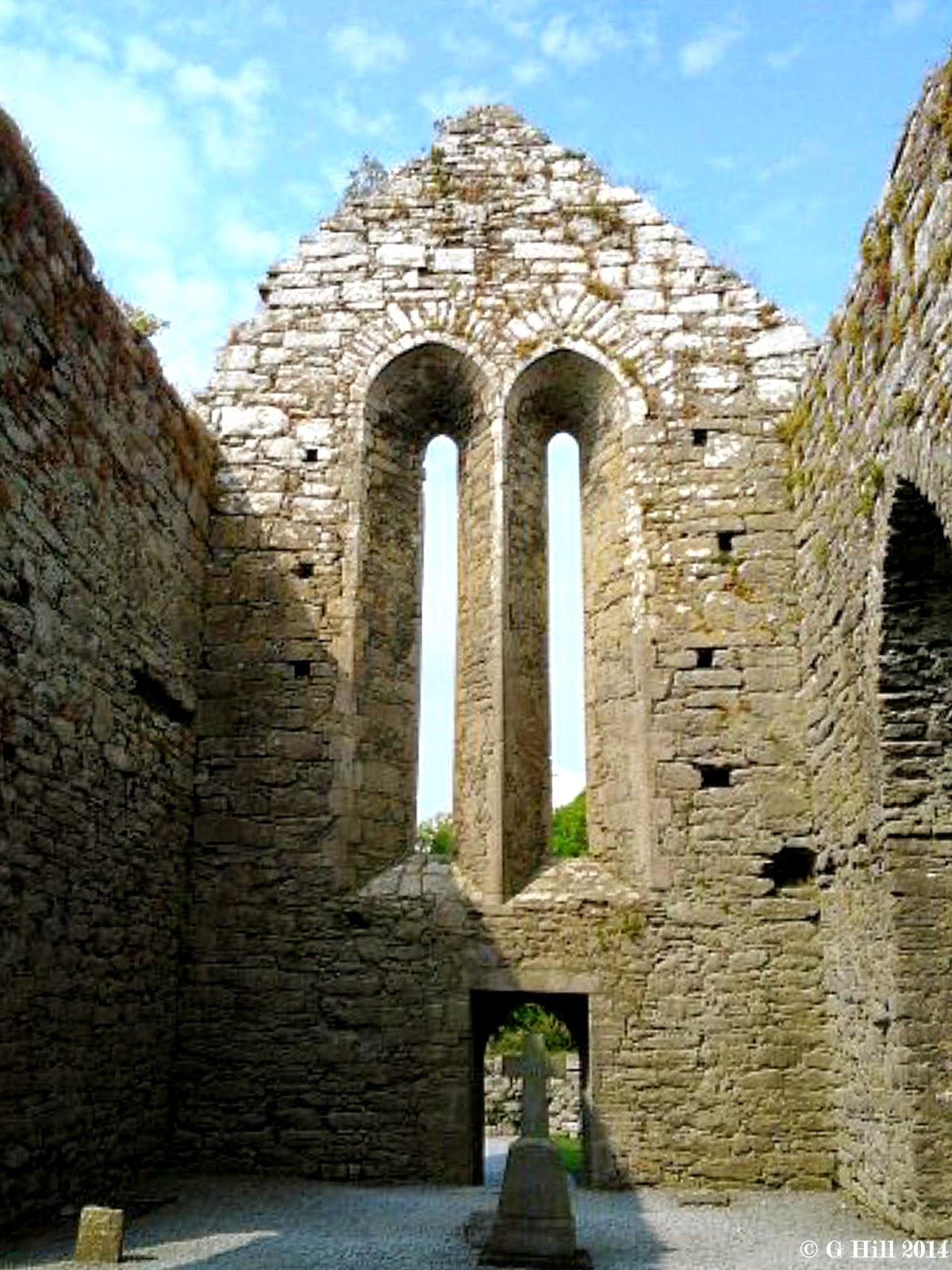 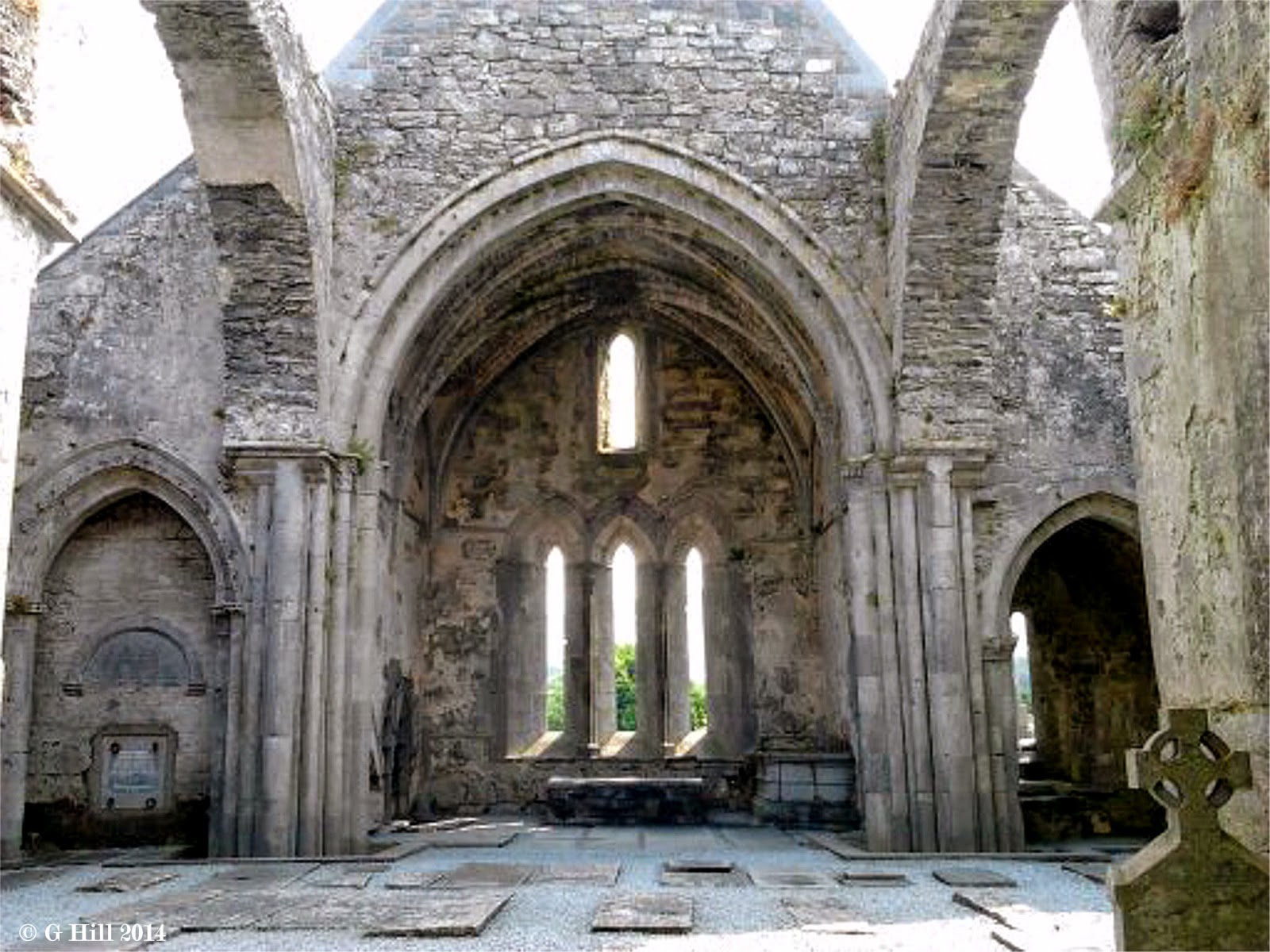 Above Image: Presbytery & side Chapels 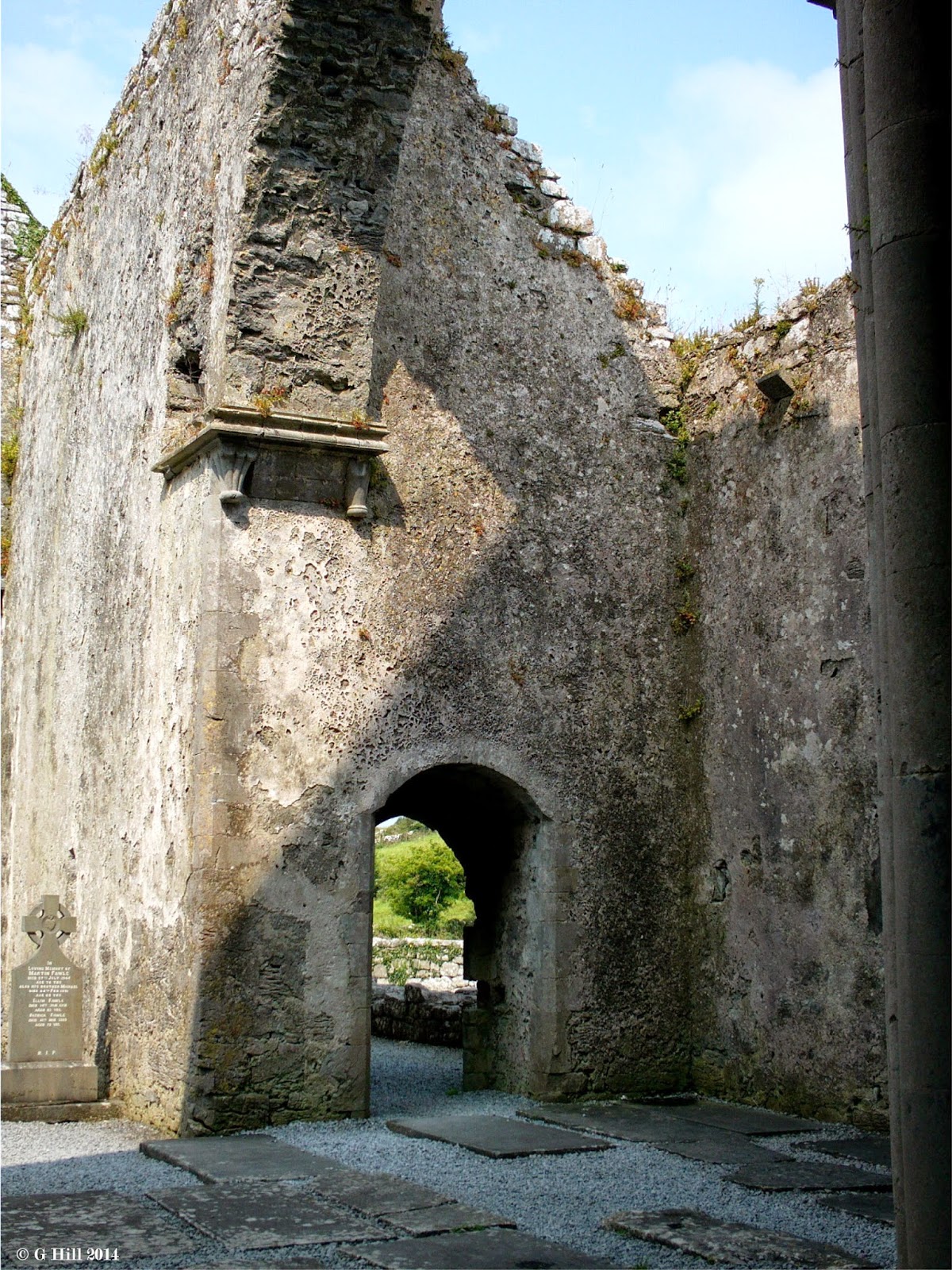 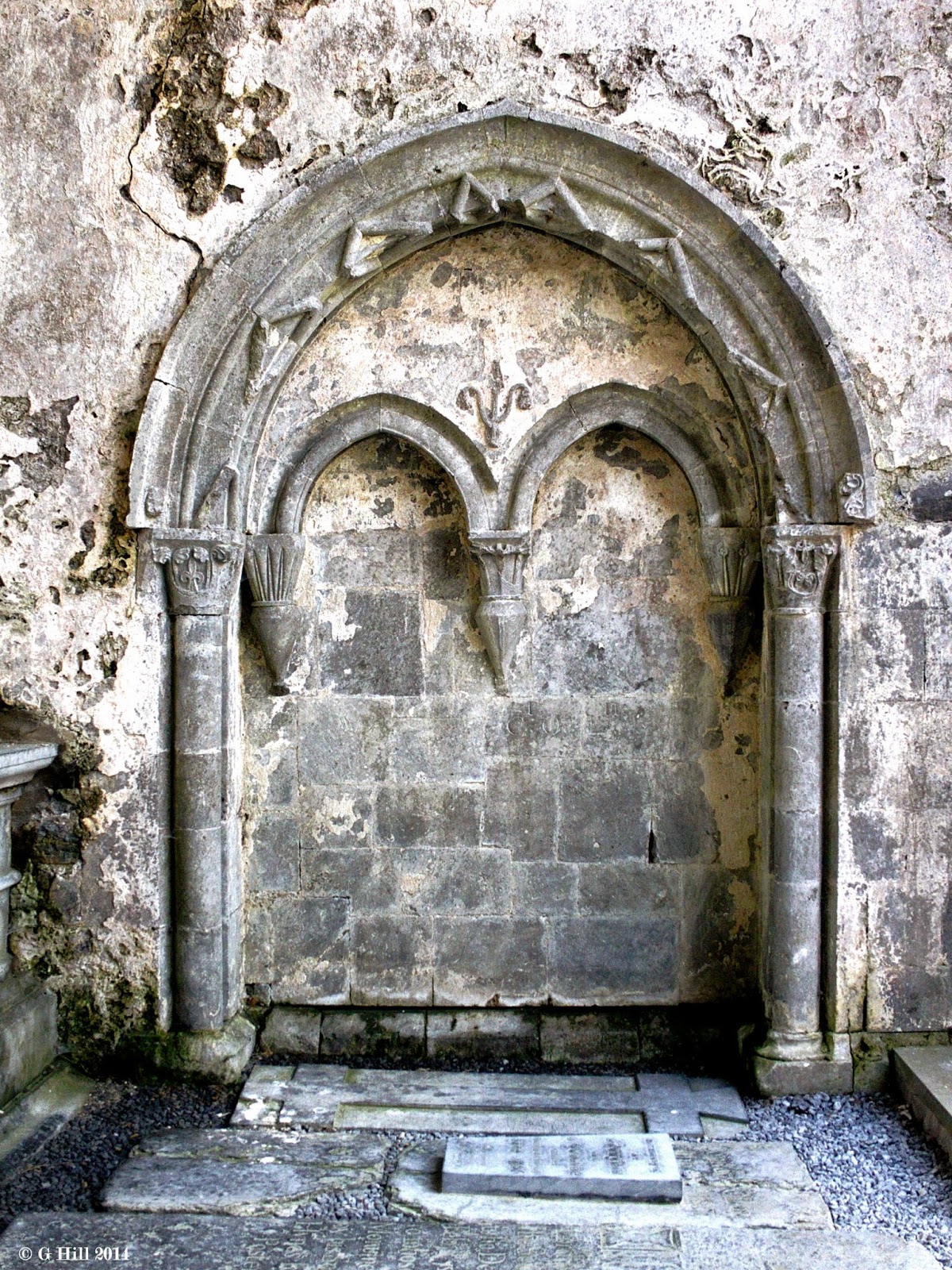 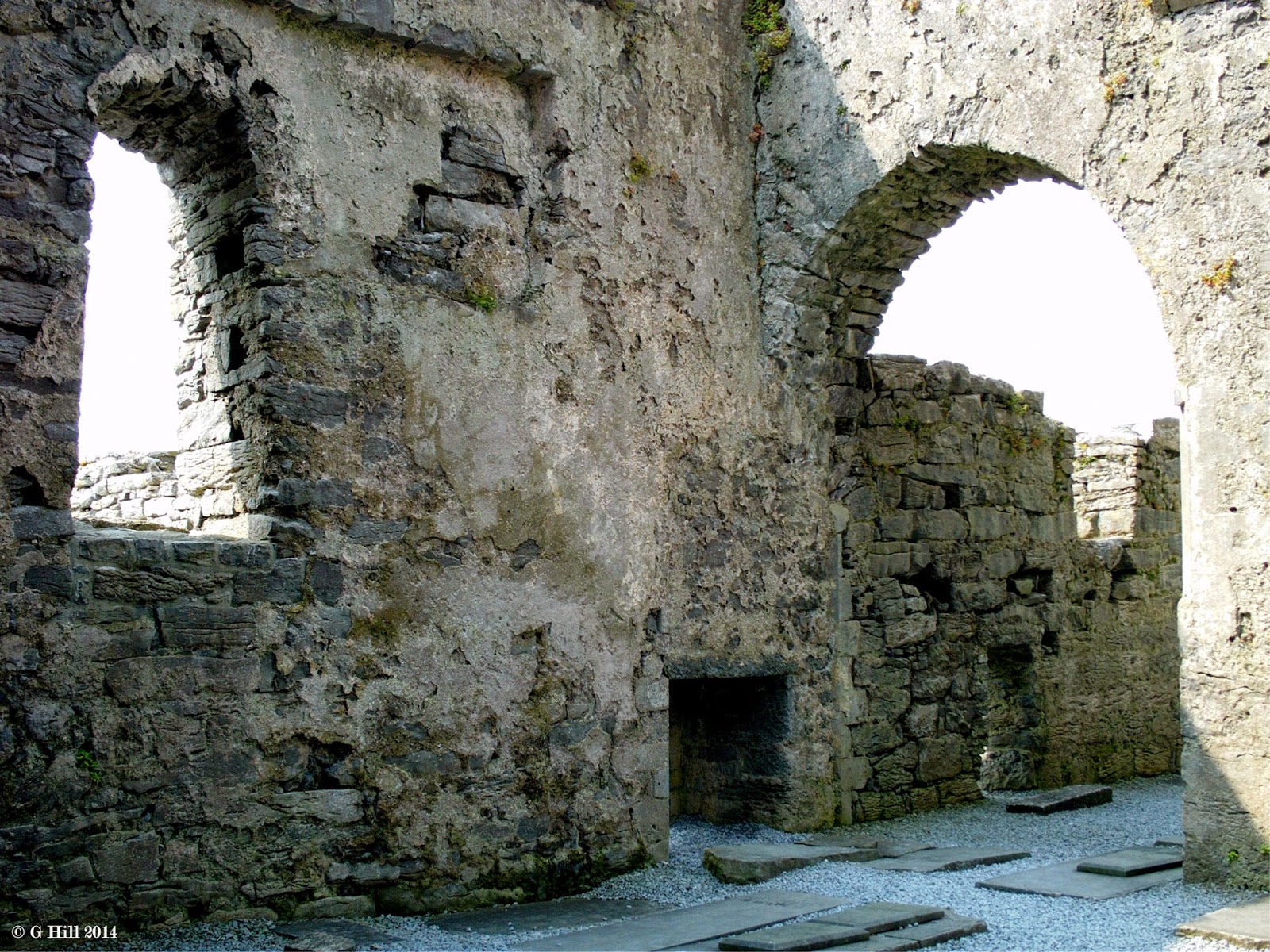 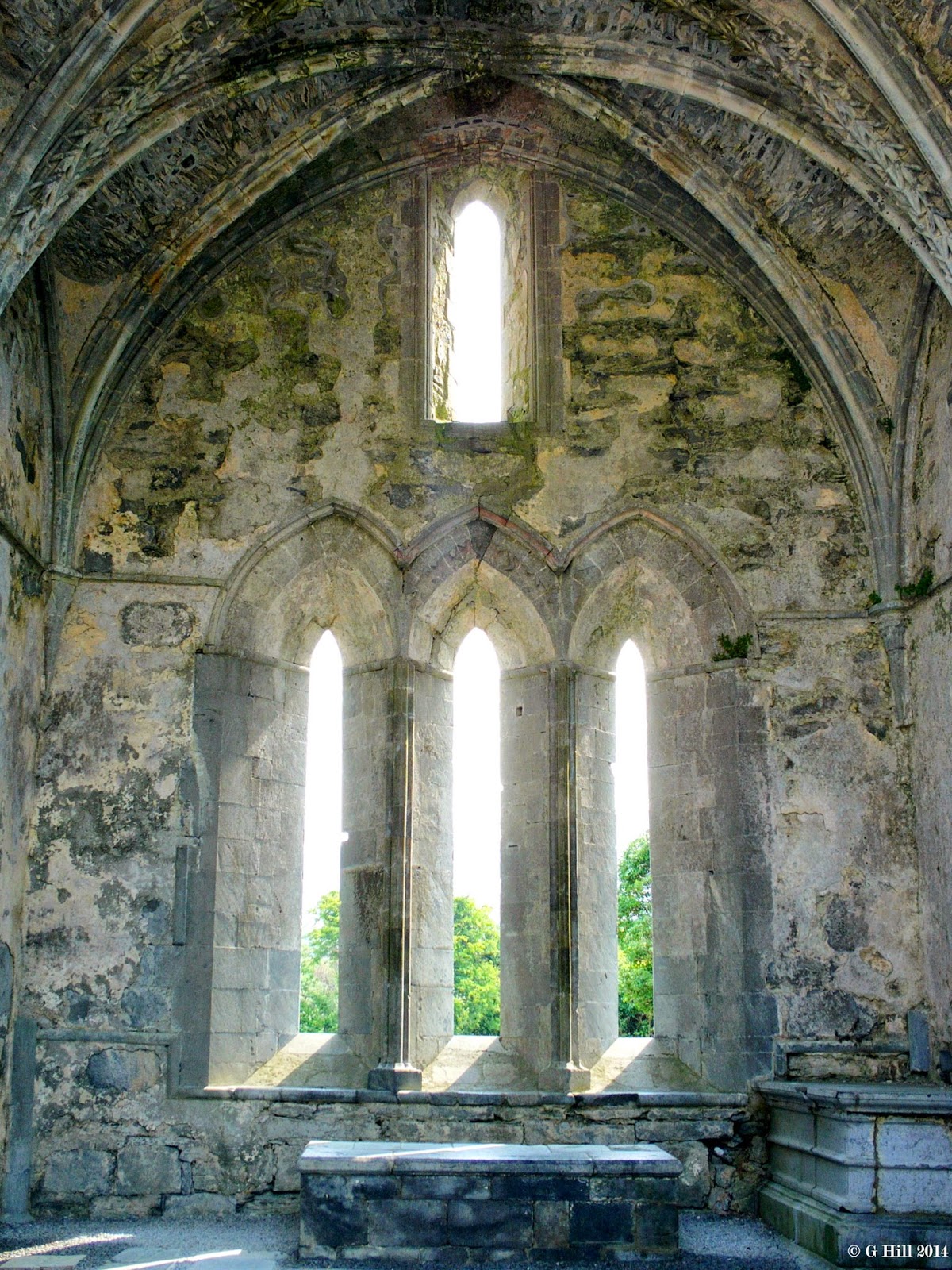 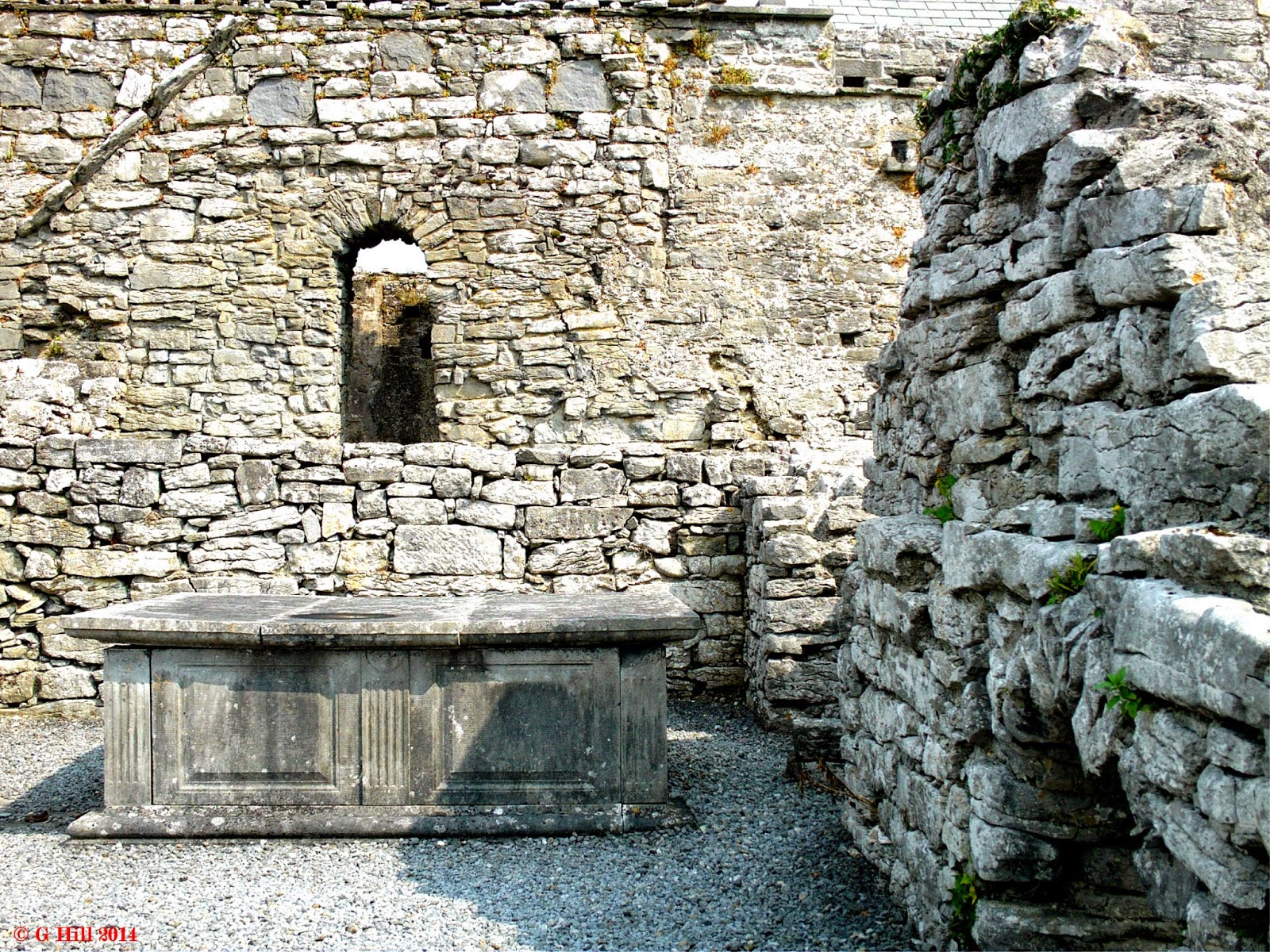 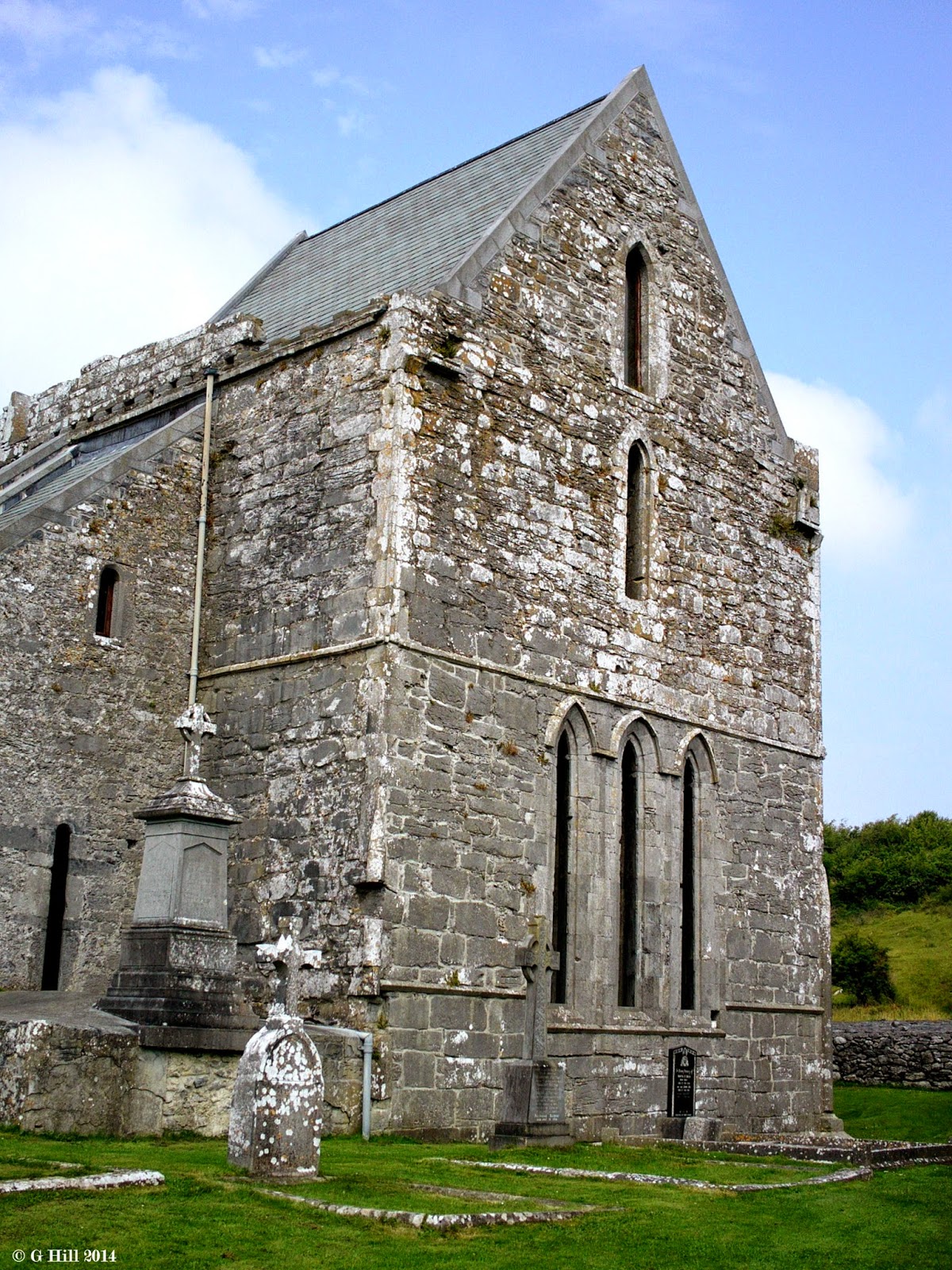 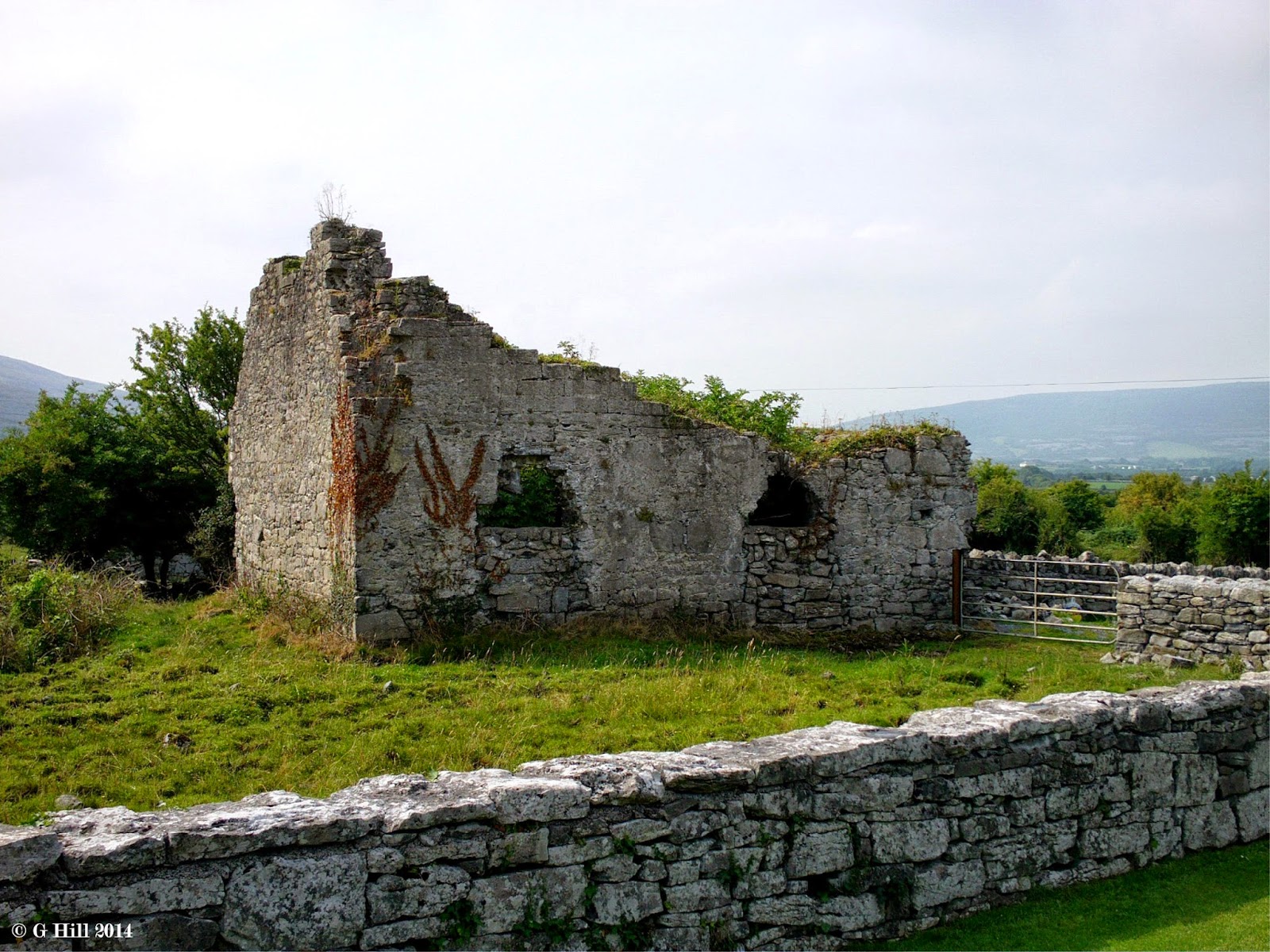 Above & Below Images: ancillary ruins 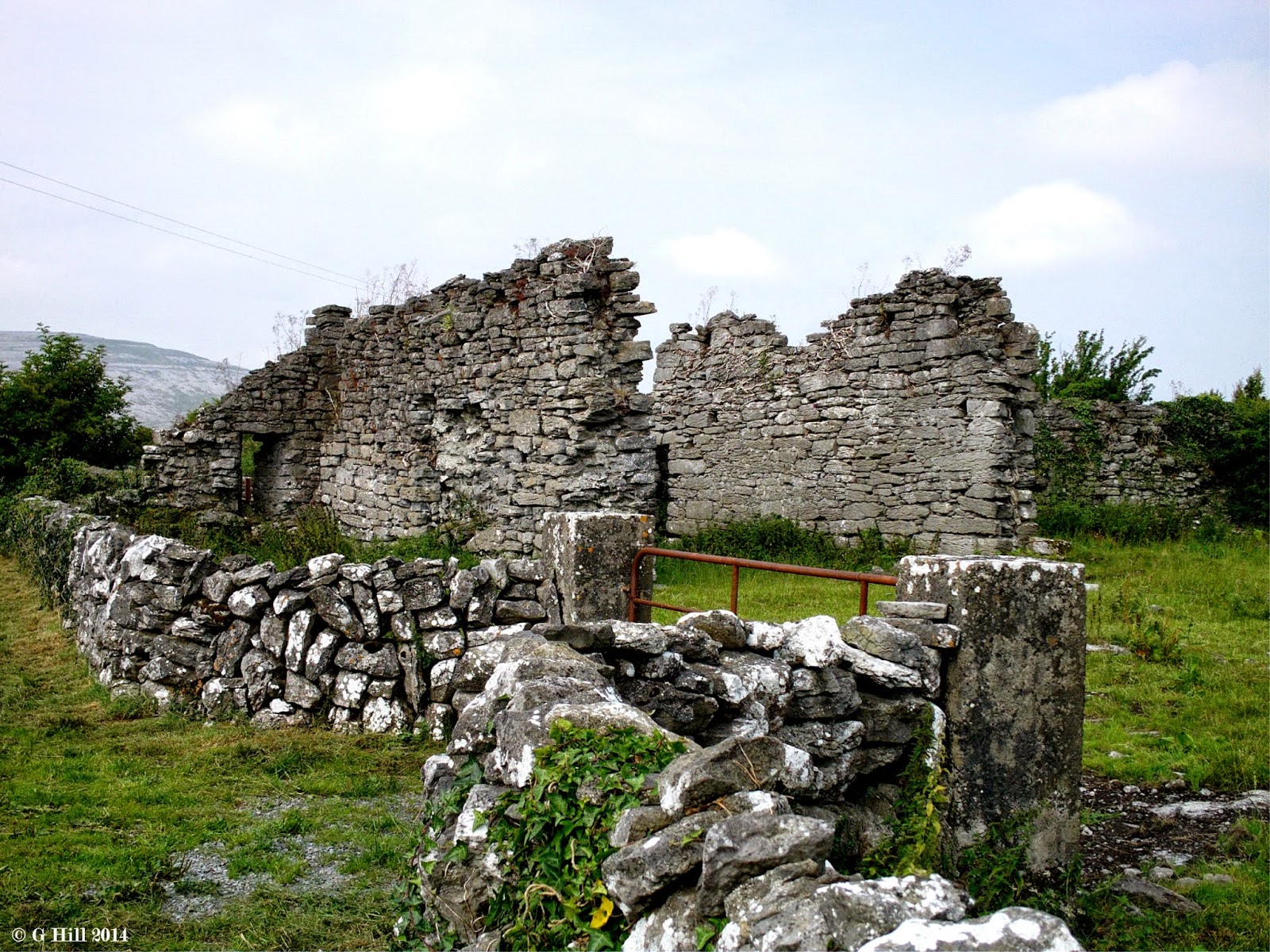 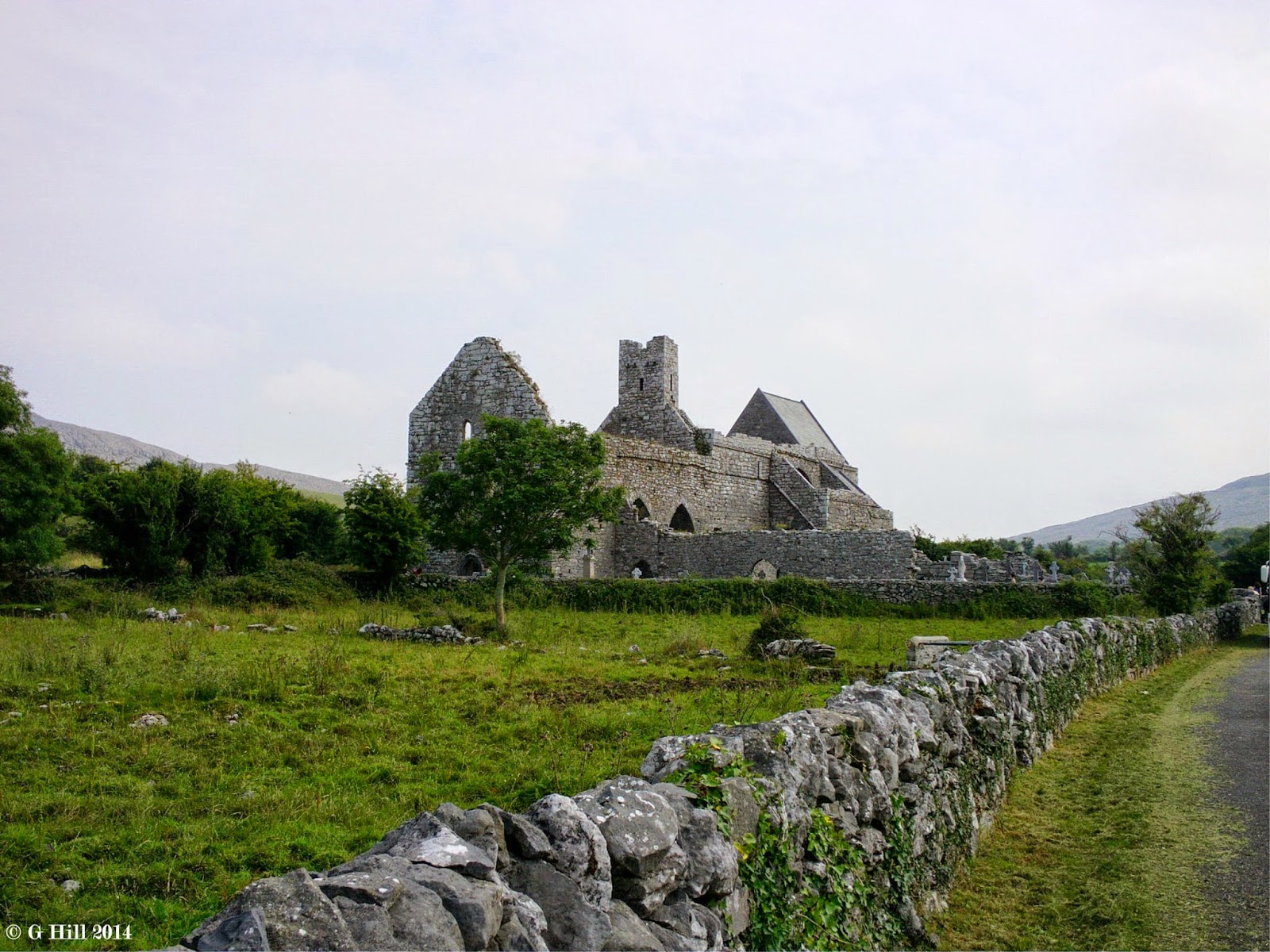 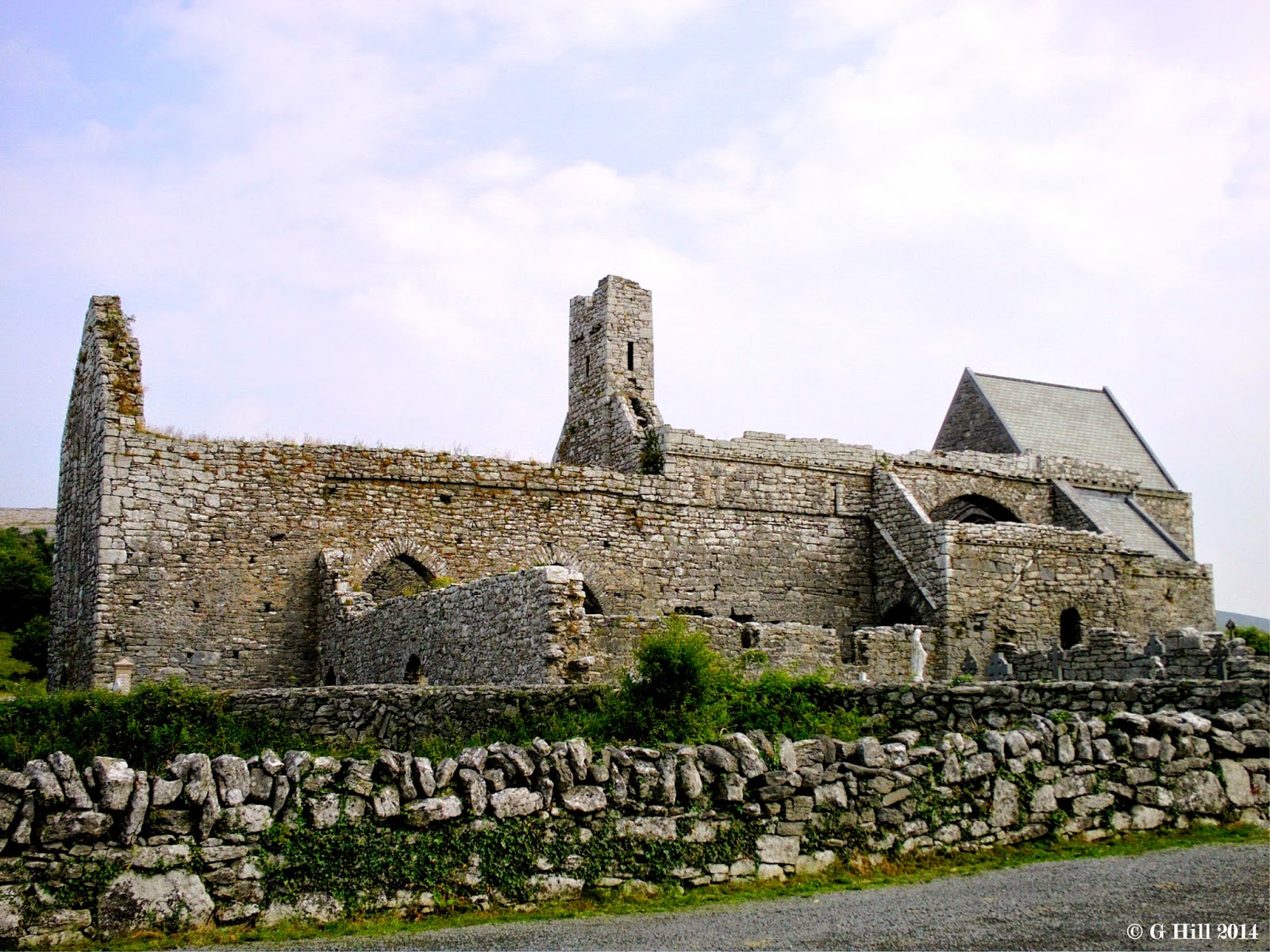 This remarkable Abbey ruin lies on the Northern end of the Burren area in Co Clare. It is thought to have been constructed under the patronage of Donal Mór Ua Briain for the Cistercian order in the early 13th century. A great deal of work was applied to this Abbey particularly in its ornamental carvings and detailed masonry. The Abbey and lands were passed to the Earl of Thomond in 1554 after the dissolution of Abbeys but the Cistercian order maintained the Abbey until the 17th century until its last Abbott John O’Dea died. It was once known as St. Mary of the fertile rock referring to the rich soil of the surrounding Burren.
Firstly I should advise that if making a visit here and to get the full effect of the wonderful architecture I would try to make an early morning visit if possible. Around 10.30am the tour buses begin to arrive and both the car park and the ruins become congested. We arrived on our visit around 10.15am and drove up the long narrow lane that leads to the Abbey. Looking like we were going to be the only visitors I stopped the car to take a distance shot of the ruins but looked over my shoulder at a noise behind me and to my horror saw that a large tour bus was trundling up the lane way.
We drove up the lane quickly and parked running like fools into Abbey to get a head start. I wanted to take some photos inside devoid of people but minutes later they arrived disgorging from the bus and swarming into the ruins like a river of hot molasses. It was impossible to enjoy with all the commotion. So we sat down on an outside wall and thankfully around 15 minutes later the crowd had dispersed and returned to the bus to be swept off to some other 15 minute historical visit.
With the visitors gone these ruins take on a totally different atmosphere. They are so nicely positioned in a valley with surrounding naked limestone hills. Within the silent walls there are really some beautiful carvings and arches to be seen. The Abbey is in a cruciform shape with two small side chapels in the wings. Both the West and East gables have tall lancet windows. Within the choir we came across a tomb niche holding an effigy of King Conor O’Brien, who died in 1267.
The wonderful presbytery section has decorative arches that lead to two side chapels in the transepts. The central arch has a beautifully carved vaulted ceiling. In the centre of the ruins are the remains of a tower which divides the Abbey and loftily overlooks the area below.


Walking around these ruins especially when they are empty is an absolute joy.
Around the main ruins are some ancillary ruins that stretch out into the surrounds giving the location an even more elaborate feel. There is a cemetery in use around part of the ruins and the Abbey seems to be kept well. If in the area do take some time out to visit these ruins, you won’t be disappointed in the least.

To find Corcomroe Abbey follow these directions. From Kinvarra take the N67 heading West and after approx. 7KM take a left hand turn onto the L1014 signposted for Carron. Drive for approx. 4.5KM until you see a right hand turn for the L1016. There is a sign pointing to the Abbey. Turn right onto this road and continue for approx. 750m until you see a series of sheds on your left. You will then see another sign for the Abbey pointing to a lane on the right. Turn right up this lane and drive approx. 1.25Km and you will reach the Abbey car park. As mentioned previously go early.