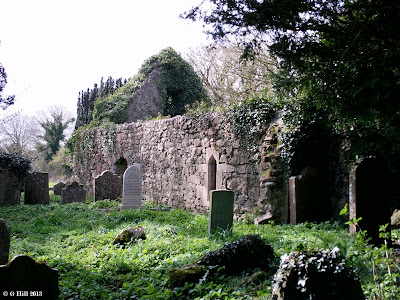 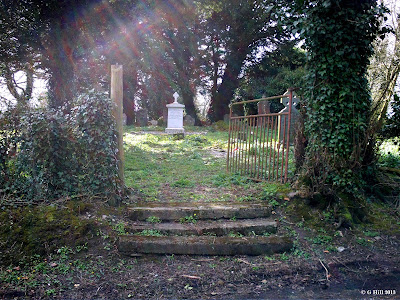 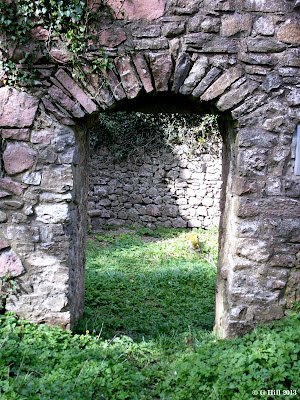 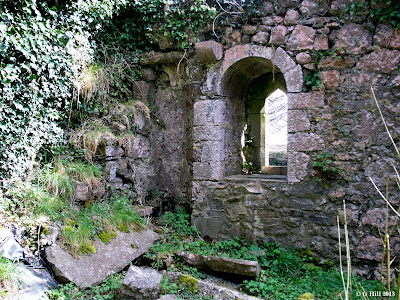 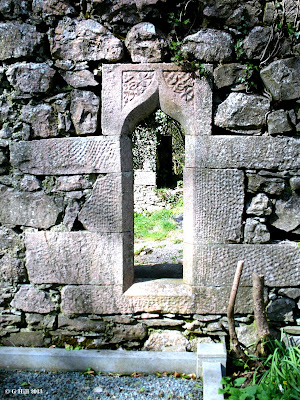 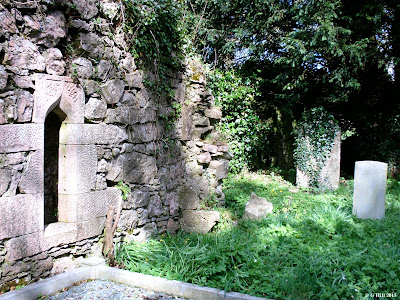 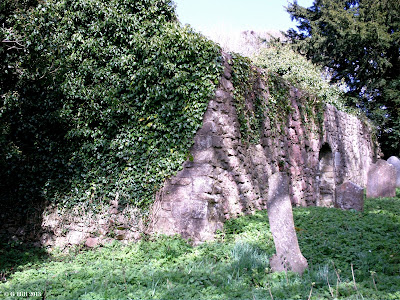 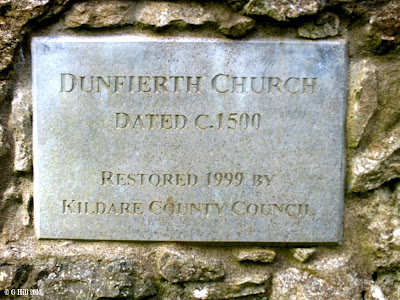 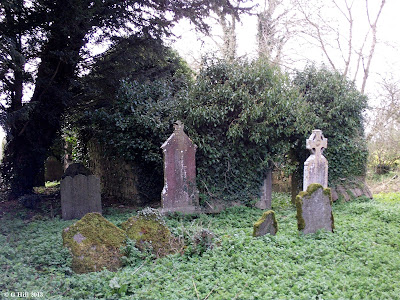 Above Image: The vault end 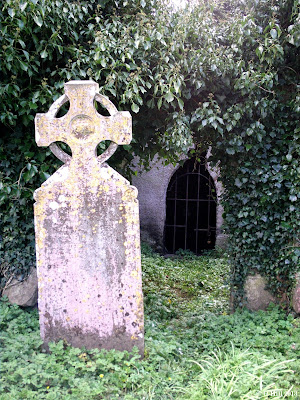 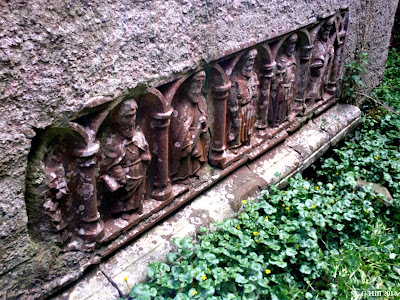 Above Image: Some of the "Weepers" 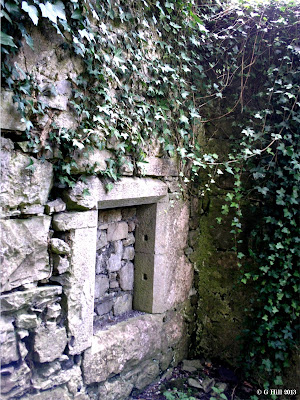 Above 3 Images: Decorative features in the vault area 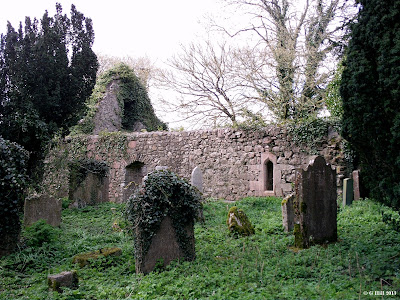 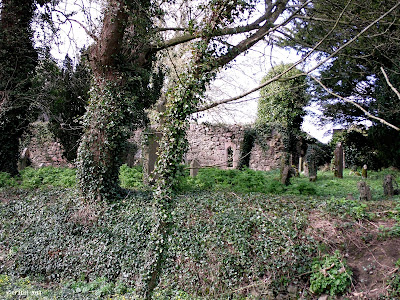 Above 2 Images: Views of the elevated ground on which
the Church is sited. 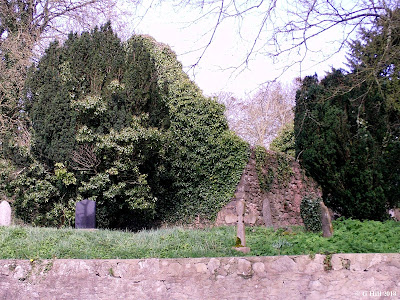 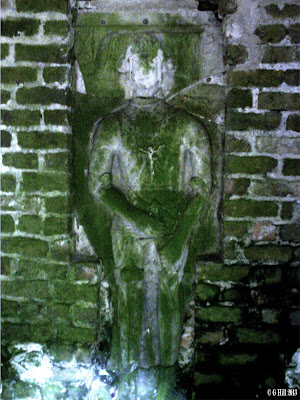 Above Image: The effigy of William De Bermingham 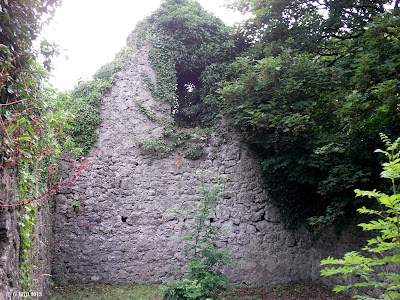 Above Image: The Western Gable

Located at a small crossroads about 3KM from Johnstown Bridge is this very old medieval parochial Church which dates to approx. 1500AD and is associated with the De Berminghams. The nave and chancel survive and the ruins went under some restoration work in 1999 by the Kildare County Council.
The ruins are overgrown a bit on the exterior especially on the Eastern section. The surrounding grounds are that of a large walled graveyard dotted with stones dating back as far as the 1700's many of which are now leaning  The ground is quite uneven in places but seems to be tended now and again and the vegetation cut back.
The site can be accessed by either a set of stone steps with an unlocked gate in the Eastern boundary wall, by a smaller gate adjacent which leads to the graveyard, or for the more nimble, a roughly cut stile in the wall.
Directly in front of you as you enter is the overgrown entrance to the small section of the Church containing the Hamilton vault which was constructed in 1815 with a slated roof  and incorporates the decorative altar tomb of the De Bermingham from 1548. There are carved figures on the side walls representing mourners or "Weepers" as they are sometimes termed. There is a locked gate on the vault but within at the rear set into the wall is a carved effigy of a knight in armour holding a sword. Depending on the light it becomes a bit more visible. This is thought to represent William De Bermingham.
The entrance to the Church itself is located in the Southern wall and it is in this section that you can see the signs of restorative work.There are decorative windows in the South and North walls that are opposite each other and some resetting appears to have been done here. The Western gable is intact but ivy clad and it has a small window near the top.Thanks must go to the KCC for its interest in restoring this ruin but it would definitely be even better with a bit of judicious pruning so that all of the standing walls could be better visible.
The ruins sit nicely on an elevated embankment in a quiet rural setting. I have been there twice now and met no others on the visits. The only thing that breaks the silence here is the passing cars heading to or from Johnstown Bridge on these rural back roads. It is certainly one of the hidden places of Kildare
To find Dunfierth church take the junction 9 exit of the M4 Dublin to Kinnegad motorway and at the roundabout at the top of the exit ramp take the turn for the R402 heading Southwards. About 200m later you will come to another roundabout. Take the 2nd exit right again following the R402. Drive for about 500m into Johnstown Bridge and take a left turn at the Hamlet hotel. Follow this road for approx. 2KM until you reach a crossroads. You will thee the ruins on your left. Turn left at the crossroads and park at the gravel area on the opposite side of the road.
Many thanks to Paddy Halligan for pointing me in the direction of these ruins.
Posted by Castlehunter at 18:39