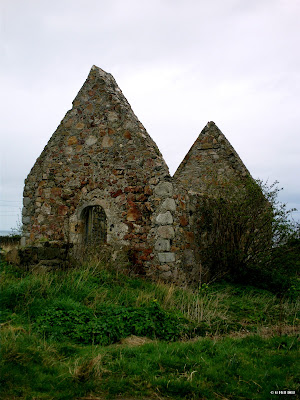 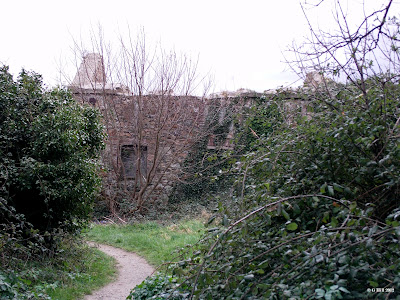 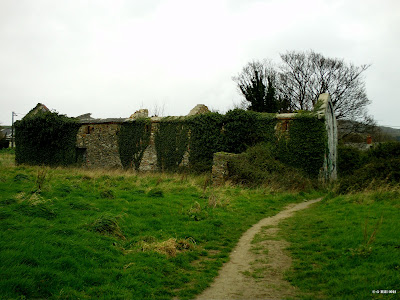 Above Image: Tarrant's Farmhouse as seen from the Chapel 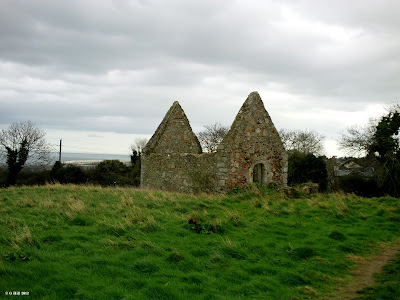 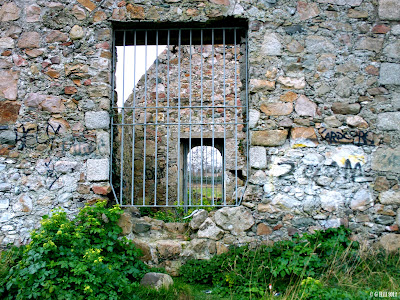 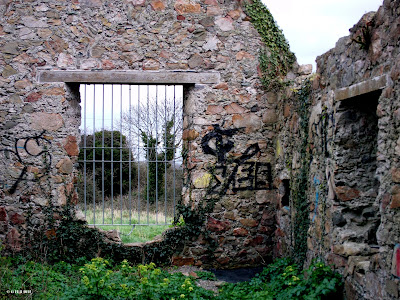 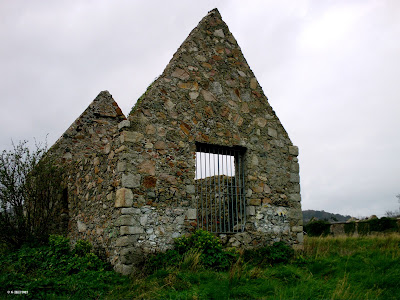 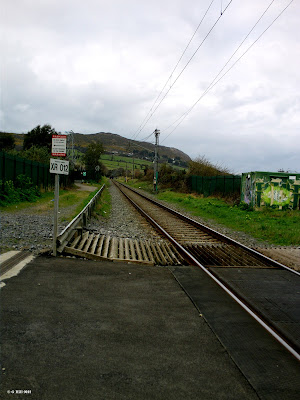 Above Image: The rail crossing to the cliffs 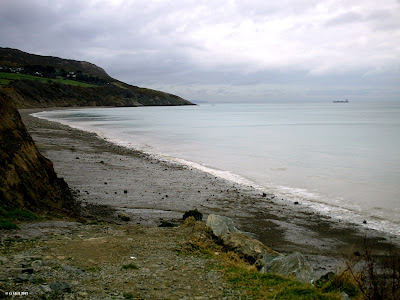 Above Image: The view from the cliffs


The curiously named St Crispin's Cell stands in a small field on the outskirts of Greystones, Co. Wicklow.
St Crispin is the patron saint of shoemakers who was popularised by the mention of St Crispin's day in Shakespeare's Henry V. This led to his name being attached to many buildings of the time and it appears that this may be one of them.
The small Chapel was constructed circa 1530AD and appears to have been designed as a Chapel for the nearby Rathdown Castle which has now completely disappeared. It is thought that quite a bit of the stonework of the Castle was scavenged by one Captain Tarrant, a man who had caused quite a bit of local destruction in his time. He used these stones to build part of his farmhouse, the ruins of which now stand adjacent to the Chapel in the same field..It is thought that Rathdown Castle was in ruins by the 1600's and that the Chapel would have no doubt followed suit thereafter. The Chapel ruins are now protected by the state and were given a bit of restoration work recently by enterprising locals.
We thought that access to this field might not be easy but in fact it was quite the opposite. On a small suburban road with only a few houses there is an access gate (locked) with a gap to it's right hand side for pedestrians. Directly inside the gate a rudimentary pathway leads you around the ruins of Tarrant's farmhouse which is completely bricked up. Strange to think that some of the stonework here once supported a fine fortress.
A short walk across the field will bring you to the little Chapel ruin which stands proudly with a backdrop of the Irish sea. The railway line running along the field's eastern perimeter provides the only disturbance in this quiet area as trains occasionally rush by.
The Chapel has a fine rounded doorway which has been barred to protect it from further antisocial behaviour which resulted in graffiti being daubed over the interior. As you walk around the Chapel on the outside you will notice how it seems to be positioned on a hummock to give it more prominence. Apart from the missing roof, the gables and walls appear to be in good shape. It is well worth a visit if you are in the area. As an aside, on the access road you will find a level crossing over the railway line where you can cross (carefully!) and take a really nice cliff walk with fine views of Greystones Harbour and the coast. We kept our eyes open on this route for any evidence of the once fine Castle but failed to find even a trace.
To find St. Crispin's Cell take the junction 5 exit for Bray from the M11 Dublin to Wexford Road. Turn right at the roundabout onto the R761. Continue on through Bray main Street and take the left hand fork at the old town hall onto the R767 (Vevay Road). Drive for approx 4km until you see Bray Golf Club on your left. About 1km further look out for a left turn with a sign for "The Grove".About half way down this road on your right you will see the access gate for the Chapel. Do not park at this gate but a little beforehand on the wider part of the road.