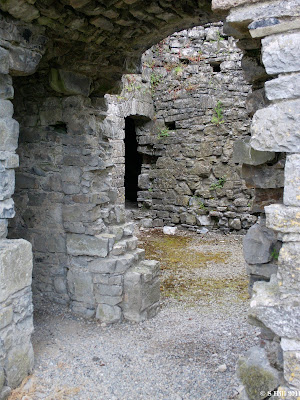 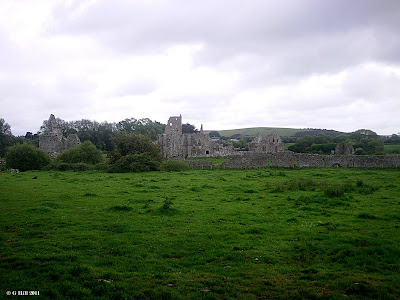 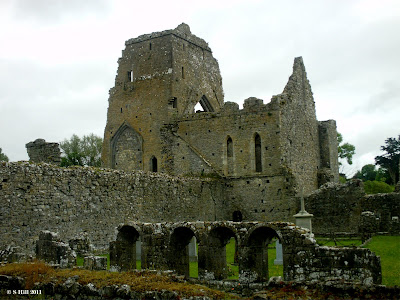 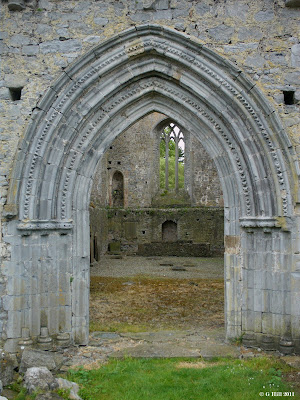 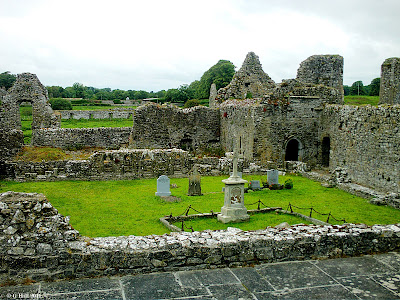 Above Image: The Cloister 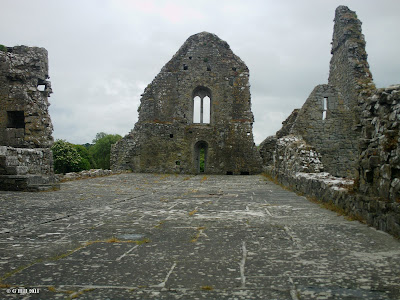 Above Image: The Stone roof 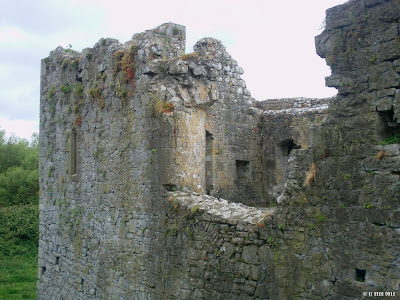 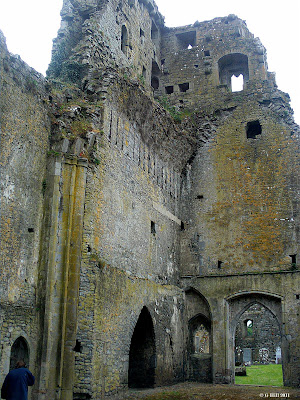 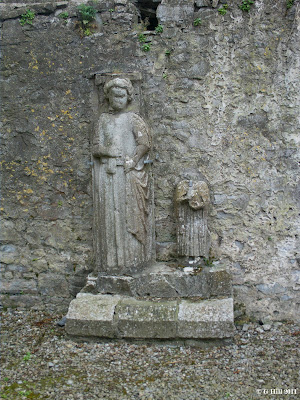 Above Image: The eerie stone carvings 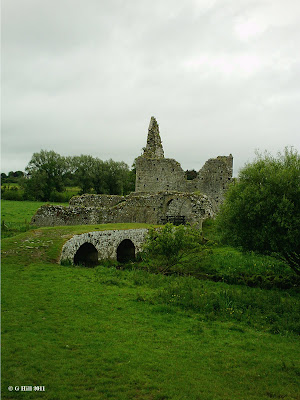 Above Image: The Medieval Bridge 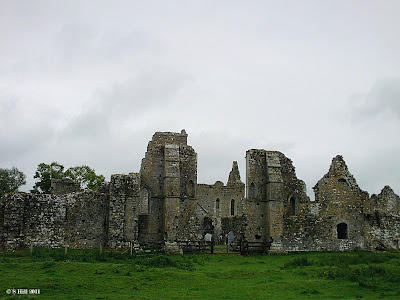 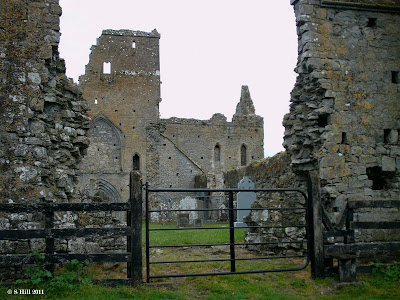 Above Image: The gate is locked. The wooden stile
can be seen to the right of the gate 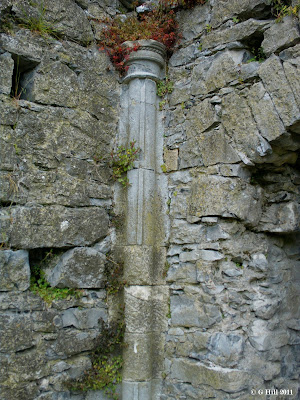 Athassel Abbey was founded for the Augustinians by William Fitz-Aldhem deBurgho in 1192AD. It grew over the next three centuries to become the largest Abbey in Ireland. It covered almost four acres of land and so important was it, that a town grew up around it. The town has now disappeared but the remains of the Abbey express the greatness of this site. It is off the beaten track and not as heavily advertised as other Abbeys so don't be surprised if you find yourself alone on your visit.
Throughout it's history it was burned twice. Once in 1329 and again in 1581. Finally it was dissolved in 1537 and lands granted to Thomas the Earl of Ormond who neglected the Abbey and subsequently allowed it to fall into ruin.
When you first lay eyes on the Abbey, it looks fairly innocuous, lying in a cattle pasture. It is only when you reach its gatehouse that you begin to perceive how huge this site was. There are vaulted aisles in the nave along with gravestones dating from de Burgho himself up to recent times. We saw a grave stone dated 2008, so the Abbey was still used for this purpose up to modern times.
You enter the Abbey by way of a medieval bridge which crosses a sometimes dried up tributary of the nearby Suir river. You will need to cross a wooden stile in the fence to the right of the padlocked gate. Once in, you will see right through the nave and the vaulted archway to the altar at the rear of the church. The church is almost 200 feet in length and there are two side chapels in each transept.
We have come across large monastic sites before, Bective and Fore Abbeys for example, but we have never seen such an awe-inspiring structure as this. My wife likened it to the grandeur of Glastonbury Abbey. It is a hidden gem and a must visit. You could literally spend hours here as there is so much to see.
There are a set of stone steps which lead to a two tiered stone roof from which the views of the Galtee mountains are spectacular. This roof also overlooks the cloister below.
One aspect of this visit has been left for last. There is a distinct atmosphere about the place, especially within the church. It is to say, a little unsettling, as if you were being observed. Outside the walls are nothing but the grazing cows, but within....we're not sure. Watched and followed, that's what it felt like. The eerie statues in the church of St Joseph and a headless boy Jesus, now worn by time, look almost ghostly. All of this is not to say that we wanted to leave quickly, we didn't, but there is most definitely something strange afoot.
To find Athassel take the N74  from Cashel towards Tipperary town. When you enter the town of Golden and cross the Bridge over the Suir, take the first turn left. It is a country road and narrow but you can park as we did opposite the gate leading into the meadow in which Athassel is situated. Don't block any of the gates as there is a working Farm here. You can access the locked field by climbing over a stile built into the wall, but tread carefully across the meadow as it is littered like landmines, with cow pats!
Posted by Castlehunter at 17:56